Kate Garraway has said she is experiencing a “tough day” as she is not able to see husband Derek Draper on their wedding anniversary.

The presenter celebrates 15 years of marriage to Derek – who has been in hospital since March after being diagnosed with coronavirus – on Friday.

Kate discussed how she is not able to visit him in intensive care on their special day on Good Morning Britain. 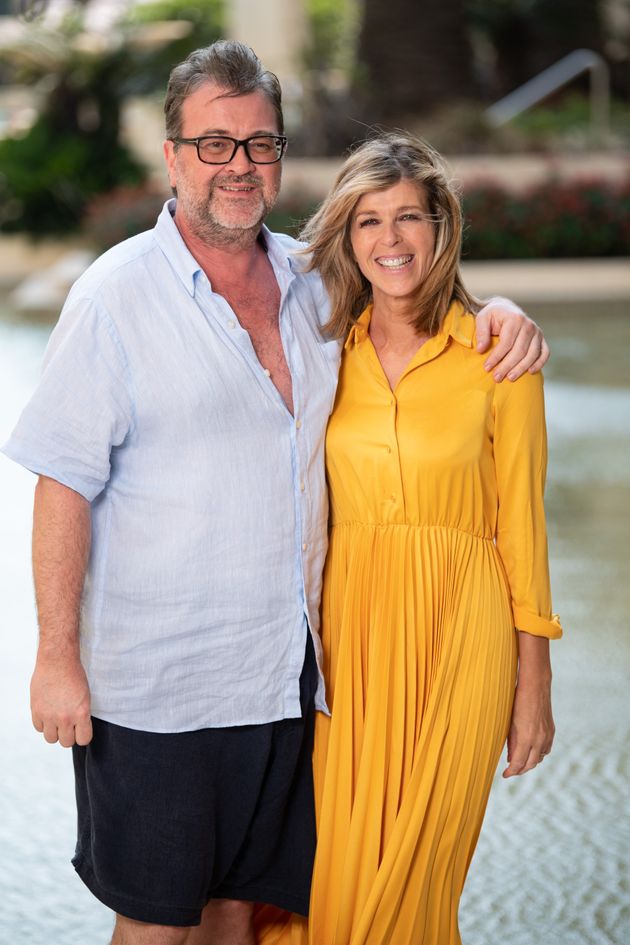 “What an extraordinary thing. I won’t be able to see him today,” she said.

“I kind of hoped I would but it hasn’t worked out that way for the visit… But maybe it would be a bit strange anyway. So it’s a tough day.”

Giving an update on Derek’s condition, she told her co-hosts: “He’s still here. There’s not a huge amount of change…

“There are so many seeming positives and then plungings…

“So, you have to think at least he’s here with you. You have a flicker and then a bad day but you just have to keep going,” Kate said.

‘You have to think at least here’s here with you, you just have to keep going.’

Today is @Kategarraway and her husband Derek’s 15th wedding anniversary💍

She won’t be able to see him but we are sending all our love and congratulations. pic.twitter.com/LxttbgdWxs

While Derek, who is a former lobbyist and political adviser, no longer has Covid-19, he still remains seriously ill in an induced coma.

However, he has shown signs of consciousness in recent weeks, even occasionally opening his eyes.

Kate recently revealed how Derek had lost eight stone since being admitted to hospital.

Recalling of her shock at seeing him for first time on a FaceTime call as he lay unconscious in his hospital bed, she told You magazine: “He’s lost nearly eight stone in weight, a lot of it muscle throughout his body.

“He looked worn-out, thin and pale with dark circles under his eyes and there were lots of tubes.”