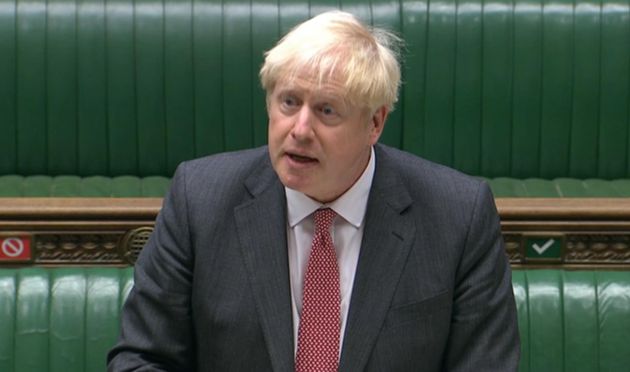 Boris Johnson was always going to win the second reading of his controversial Internal Market Bill. With a working majority of more than 90 (thanks to his new-found friends in the DUP), the result was never seriously in question. And despite some uncomfortable Tory abstentions and criticism, the eventual majority of 77 may even reassure the PM he’s in a strong position.

‌But the wider issue is just what damage is he doing to his own reputation, to that of his MPs, his party and his country in the process? Moreover, it’s difficult to see just how the bill’s “nuclear option” of breaking international law helps with his negotiations with Brussels, or even how he sells any eventual collapse in talks.

Ed Miliband certainly took lumps out of Johnson in his opening speech for the Opposition, ridiculing the PM for not having read either his own Brexit deal or his own break-the-law bill. His best line was about ‘the Johnson Rule’: “one rule for the British government, another rule for this government..pioneered by Cummings, implemented by Johnson”.

Miliband perhaps missed a trick however in not citing Johnson’s own words back at him from 2018, when he wrote in the Telegraph of Theresa May’s own deal: “Of all the lies that are currently being peddled, the worst is that this agreement can somehow be remedied in the next stage of the talks”.

Still, it was obvious from the PM’s grumpy demeanour that he didn’t enjoy the barbs lobbed his way from the shadow business secretary (standing in for Keir Starmer): “For the first time in his life, it is time to take responsibility. It is time to ’fess up: either he was not straight with the country about the deal in the first place, or he did not understand it.”

Johnson’s ‘oven ready’ deal was indeed roasted by Miliband. But despite political Twitter breaking into adulaton last seen during Milifandom (remember how much the public really cared about that?), it was actually the speech by Tory 1922 committee vice chairman Sir Charles Walker, one of the abstainers, that ought to worry No.10.

‌Walker first attacked the “profoundly un-Conservative” idea of net curtain twitchers being encouraged to inform on neighbours’ minor breaches of lockdown (because “granny has followed grandad into a family home of five”). But he also warned the PM that backbenchers were sick of being taken for granted.

In a clear reference to Dominic Cummings’ dripping contempt for many Tory MPs, Walker said: “We are all Members of Parliament and we deserve to be taken seriously.” And although the PM has long lost any real capacity to be embarrassed or feel shame about anything, many of his MPs do not like to be made fools of. Those who tried to defend their government – over the A-levels fiasco, Cummings’ eye-sight test drive, over the Brexit deal itself or free school meals plans – feel unloved and unconsulted.

Today, neither Johnson nor Michael Gove, who wound up the debate, seemed to take those concerns seriously. Johnson suggested that ministers would allow a Commons vote on any powers they took to break the law, though No.10 sources seemed as unclear as he was about what was actually in the legislation. Gove said that rebel Bob Neill was “onto something” but failed to specify how he would remedy that “something”.

As it happens, many experts believe that Neill’s own amendment is badly drafted and so any government compromise could help both sides out over the next week, before the crunch vote is held in Committee Stage.

The wider issue is the political capital burned up by this whole row. Charles Walker is not alone in being genuinely baffled by the government’s tactics of late on a range of issues from possible tax rises to planning reforms. Not for nothing is the newest Tory backbench WhatsApp group called ‘wtfisgoingon?’

There was no greater illustration of that today when HuffPost revealed that shooting and hunting would be among the exempt activities on the Covid ‘Rule of Six’. Gove had actually thought this was so important that he had scheduled a meeting on Saturday with one item on the agenda for the all-powerful Covid Operations committee: “exemption: shooting/hunting”.

Several Tory MP got in touch with me today to question on what planet that was a real priority for Cabinet minister. You can have Christmas with your grandparents after all – just make sure you all go on a pheasant shoot on a country estate. Not exactly a Red Wall reassuring message, especially when Johnson was said to have “de-snobbified” the Tory brand among working people.

But the real “WTF is going on?” question should centre on growing test-and-trace failures. The most shocking news today was that there were no tests available – walk-in, drive-through, home kits – for any of the people in Bolton, Salford, Bradford, Blackburn, Oldham, Preston, Pendle, Rochdale, Tameside or Manchester. And these are supposed to be the areas getting test priority.

If Starmer is still in isolation on Wednesday, it may fall to deputy Angela Rayner (a Greater Manchester MP) to get her teeth into Johnson at PMQs. I’d be amazed if rows over Brexit amendments made it into Labour’s attack lines then. And if the PM fails to show any humility again, or fails to have some answers, his own MPs really will have reason to ask what the hell is going on in No.10.

“If you keep whacking a dog, don’t be surprised if it bites you back.”

A raft of Tory MPs abstained on the second reading of the Internal Market Bill. But the government won the vote with a majority of 77 by 340 to 263.

Policing Minister Kit Malthouse said people “should” ring the 111 police line if they spot neighbours breaching the ‘rule of six’ limits that came into force from midnight Sunday.

Labour leader Keir Starmer is self-isolating at home after a member of his family reported possible coronavirus symptoms.

Starmer will tell the TUC (via video link) on Tuesday that the Tories must outlaw controversial “fire and re-hire” working practices and act to avoid the “scarring effect” of mass unemployment with a replacement for the furlough jobs scheme.

The government’s chief scientific adviser Sir Patrick Vallance has said he was rebuked for arguing strongly in favour of imposing Covid lockdown restrictions earlier this year, a BBC freedom of information request revealed.