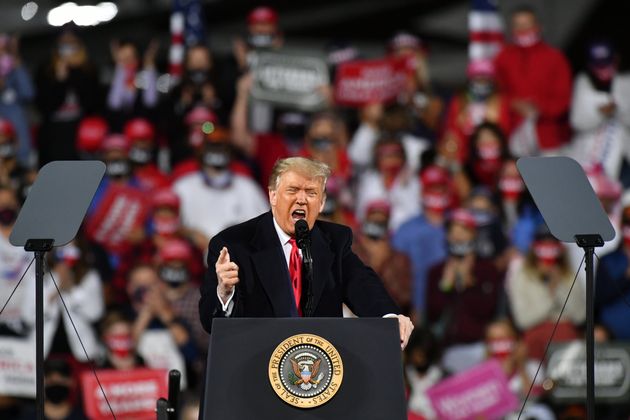 Running a US presidential election is a notoriously expensive affair and a small cohort of people are payed very good sums of money to finely craft the words that are uttered by presidential candidates in the run-up to the big day.

So it was probably a relief to Joe Biden’s accountant when Donald Trump himself handed over the latest campaign ad material free of charge.

Speaking to supporters at a rally in Fayetteville, North Carolina, on Saturday night, the president said: “If I lose to him I don’t know what I’m gonna do. I will never speak to you again.

This was then turned into an extremely effective and ever-so-cheeky ad by the Biden team who simply repeated the clip with an endorsement from their boss.

I’m Joe Biden and I approve this message. pic.twitter.com/TuRZXPE5xK

The simple tweet has been gone down a storm on social media and at the time of writing has been liked 375,000 times.

At the same rally, Trump falsely declared at a North Carolina rally Saturday that he and his supporters are being honoured with the Nobel Peace Prize.