Jimmy Kimmel is devastated that President Donald Trump didn’t end up performing a stunt he reportedly considered doing when he left the hospital after his coronavirus treatment.

According to The New York Times, Trump reportedly wanted to leave Walter Reed National Military Medical Center and “appear frail at first.” Then he’d rip off his shirt to reveal a Superman T-shirt.

“This is not a joke,” Jimmy said on Monday night’s edition of his US chat show. “This is what he wanted to do.”

“Whoever talked him out of this, I would like to bang you right on the head,” the comedian continued. “First of all, we would have gotten to see some top-notch acting when Trump was pretending to be frail. Then he would have had to rip the shirt open ― and good luck getting the buttons undone with those nubby little baby carrot fingers he has.” 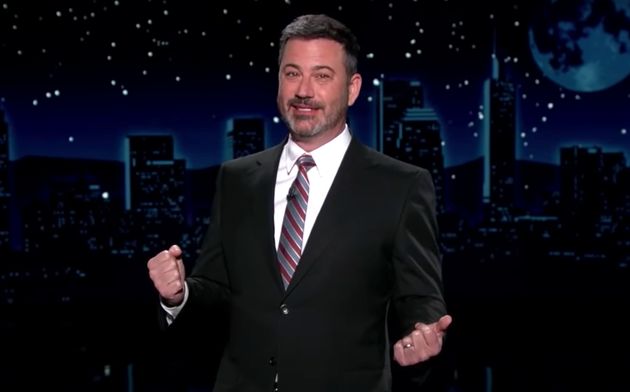 Jimmy later imagined how the stunt could have backfired for the president:

“Would the country erupt in applause? What is he imagining? More likely he would try to fly and wet his pants or something. But who thinks like this?”