It’s been almost 40 years since Jane Fonda  first donned her lycra ensemble for her iconic exercise video, but she’s made a one-off return to the world of home work-outs, and roped in a load of celebrity mates to help her get her message across.

This time around, though, the exercise the 82-year-old actor and activist is most concerned about is Americans “exercising” their right to vote.

You see what she did there?

In a video posted on her Instagram page on Monday evening, a lycra-clad Jane tells viewers: “Hello class… we’re bringing back the movement. We need you to be in shape for the upcoming race. 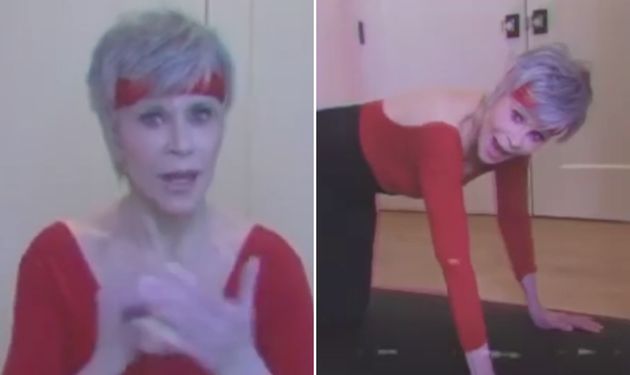 The retro clip also features celebrities like The Masked Singer judge Ken Jeong, actor Kerry Washington and comedian Amy Schumer exercising at home, while encouraging viewers to register to vote in the upcoming US election.

Singer and new mum Katy Perry is also seen spying on fiancé Orlando Bloom while he lifts weights, later telling people to “get pumped to vote”… while using a breast pump, of course.

Let’s Get Registered!!!! 💪. We’re getting in shape for the race of our lives this November and it has never been more important to exercise your right to vote. Many states have registration deadlines today so do not wait! Head to the link in my bio and check your registration status now! LET’S DO THIS!!!!! #ExerciseThatVote

In addition to her acting career, Jane has consistently used her platform to raise awareness of causes that are close to heart.

She’s also been a vocal critic of US leader Donald Trump throughout his presidency, telling CNN last year, during a discussion about climate change: “The sooner that we move beyond him, the better, whether it’s through the elections or through impeachment or whatever.”