While many celebrities have been venting their anger online at Donald Trump’s antics amid his coronavirus diagnosis, James Corden had a more musical approach on Tuesday’s edition of his US chat show.

James opened The Late Late Show sat behind a piano as he rattled through the events of the last week – including Trump’s drive-by and the removal of his mask as he returned to the White House.

“Maybe I’m a man and maybe I don’t wear a mask because I don’t care about others, science I don’t really understand,” James sang. 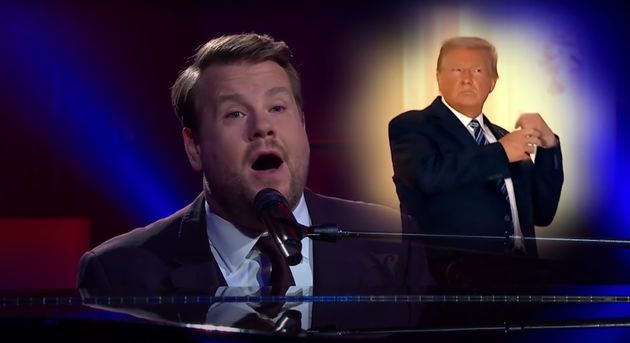 The song was also cut with clips of Trump, including footage of him outside the White House on Monday, as James sang: “Maybe I just need some oxygen.”

He continued: “Maybe I’m immune to the way the polls are looking now, maybe I’m afraid it’s not Fake News.

“Maybe I’m immune to all the lies that I have made, I shouldn’t have downplayed. Maybe I’m afraid that I might lose this.”

Check out James’ full parody in the video above…