On a day in late March, Hesketh Benoit received a phone call from his friend, the reggae singer Delroy Washington.

When Delroy told him he was calling from hospital, Hesketh asked him if it was possible he had coronavirus.

He told me: “Oh no man, don’t worry about that. It’s not that. I’m OK. I’m just not feeling right,’” recalls Hesketh, 62, a retired lecturer. “He honestly did not think it was Covid at all.”

But as the pair chatted, Hesketh noticed his friend was gasping a bit and sounded chesty. “He wasn’t coughing, but he was breathing deeper. So I told him I’d call him later when he’d got settled.

“He asked me to bring him some fruit to the hospital such as mangoes, apples and pears and I promised him I would.”

But just hours later, a shocked Hesketh received a telephone call – this time from the hospital, to say that his friend had passed away.

“I was probably the last person he spoke to,” says Hesketh. “That was devastating, emotional and touching to know.” 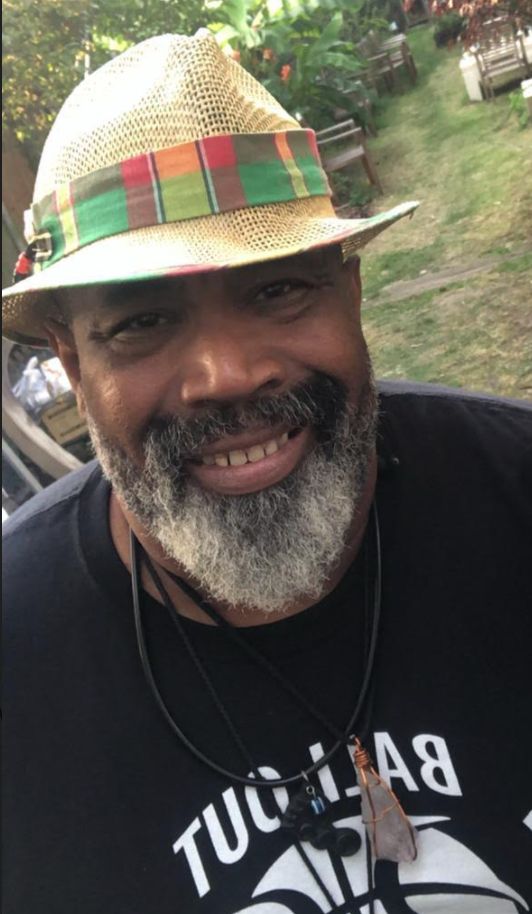 Delroy Washington died at the age of 68 after a brief illness that was confirmed to be coronavirus.

“It was a real shocker,” admits Hesketh, who lives in Haringey, London, and has an active role in the community including youth work and being head coach for Haringey Basketball. 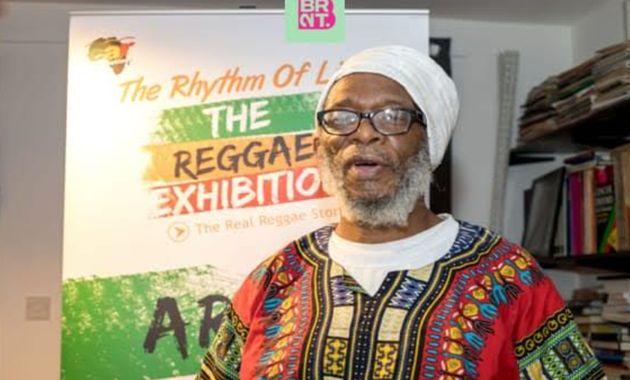 But Delroy’s death wasn’t the only coronavirus death of someone he knew. And in the early months of the crisis, he became acutely aware that the virus seemed to be disproportionately attacking Black people.

Just days after Delroy Washington’s death, Hesketh’s friend Douglas Williams, who was affectionately known as “Brother Dougie”, also died of coronavirus. He was in his late fifties. 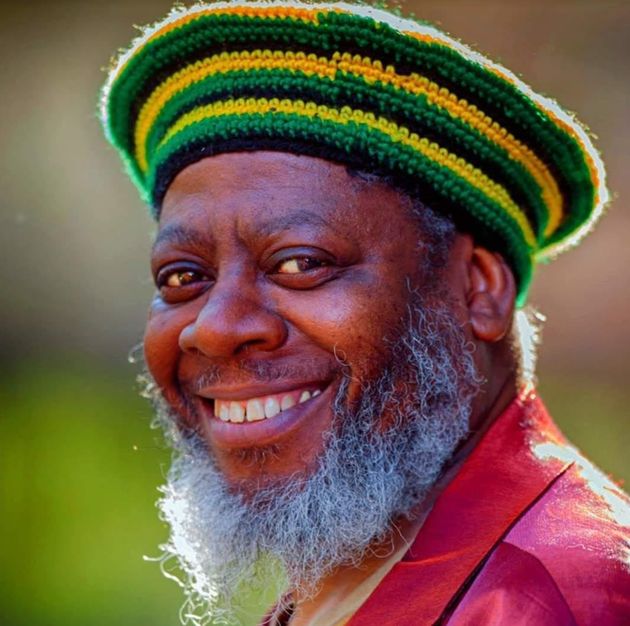 Hesketh told HuffPost UK that after losing a number of Black friends to coronavirus in quick succession early on in the pandemic, he knew something wasn’t right. So he started to keep count of the people he knew dying of coronavirus.

That death tally now stands at 33. And 32 of them were Black.

Devastatingly, Hesketh and his family have now been hit with further heartache as his brother Carlton, 67, died suddenly on Thursday evening. It is not yet known whether his death was Covid-related and a post mortem will be held next week.

“I am so shocked as my brother Carlton passed so suddenly,” said Hesketh. “He had diabetes and had lost his leg to it a while ago, but he had been quite well and hadn’t been poorly leading up to his death.

The figure of how many people he knows who have died of Covid is made even more shocking, Hesketh says, when you consider the number of friends and people from different diversities he knows and how involved he has been with a variety of communities over the years.

“Some of them I met up with once a month, some I saw once a week – and some I saw every day.” 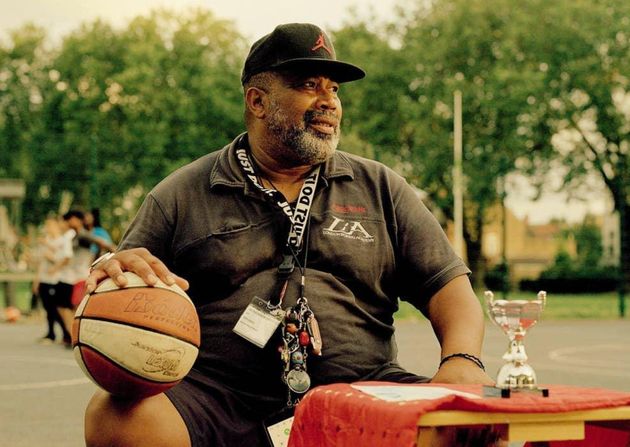 Hesketh, a father to 28-year-old fraternal twins and a 33-year-old son, says one of the deaths that hit him hardest was a parent of one of his children’s friends.

“The dad of a friend of my twins died of coronavirus,” Hesketh explained. “He was an African doctor and his face suddenly came up on the news early on in the pandemic as one of the doctors who had died.

“I then heard the news from my children too and it hit us all hard in a big way. We used to chat at the school gates.”

Thirty-three people I know personally have died of Covid-19 – and 32 of them were Black. Some of them I met up with once a month, some I saw once a week – and some I saw every day.”Hesketh Benoit, 62

Hesketh, who was a college lecturer for 38 years, then began losing more friends to coronavirus – and disturbingly, he realised those that were dying weren’t just older people with pre-existing health conditions, but younger people too.

The one thing they all had in common was that they were Black – and Hesketh knew this couldn’t be a coincidence.

“There were a couple of security guards I know who died of coronavirus; then people from the community and a few ex-students.

“Around eight or nine of those who died were elders over the age of 80 who suffered from underlying health conditions,” said Hesketh. “But they should still not have died as a result of this virus. They were taken too early.

“The penny started to drop very early on in the pandemic for me that all the people I knew who were dying of coronavirus were Black.

“I remember thinking: ‘I don’t know any Caucasian people who’ve died of it.’ And I have lots of friends and know so many people from very diverse backgrounds. Being a lecturer for 38 years, most of the lecturing community was white and I did a lot of youth and community work with people from all backgrounds.”

I remember thinking: ‘I don’t know any Caucasian people who’ve died of it.’ And I have lots of friends and know so many people from very diverse backgrounds.”Hesketh Benoit

The youngest of Hesketh’s friends to die of coronavirus was 35, while the oldest were people in their 80s. Many of them were in their mid 40s to 60s. The majority of the deaths happened between March and June. 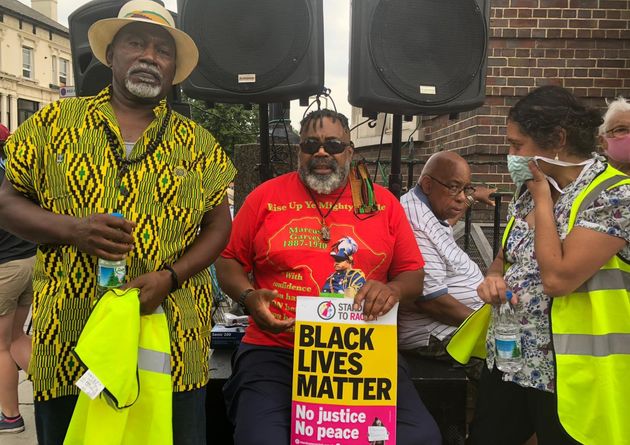 Hesketh, who lectured sports, science and engineering and played basketball internationally, told HuffPost UK the faces of all those he has lost will stay etched in his brain. He is also angry at the lack of action from authorities.

“I think the government was slow to act,” he said.

“I know it must not be easy being in the government during such a crisis, but I feel their handling of many things around coronavirus has been a shambles.

“The Black community and people from ethnic minorities have been disproportionately affected by this virus.

“We need a full and thorough public inquiry into the reasons why and need answers. It is not enough to say people had pre-existing health conditions.

“We need to look into why these inequalities exist. Some of it will be poverty, but we need to know why that exists in a first world country and affects some communities disproportionately.”

Dr Chaand Nagpaul, chair of the council of the British Medical Association and a north London GP, described Hesketh’s story as “shocking and disturbing”.

He called on the government to urgently investigate the disproportionate impact coronavirus was having on the Black, Asian and minority ethnic (BAME) population in early April after realising high numbers of people from these backgrounds were affected. 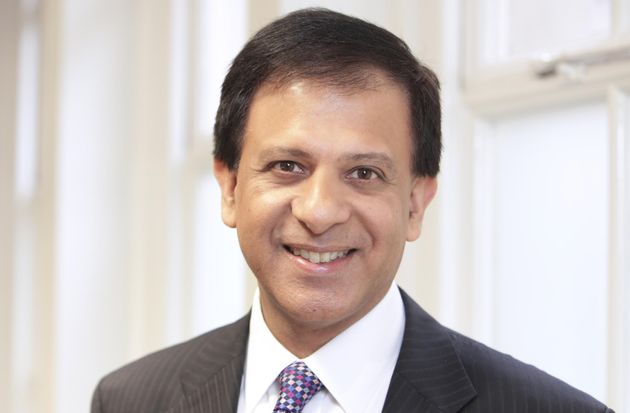 “I became concerned after realising that the first 10 doctors that died of coronavirus were from a BAME background,” he said. “We also knew that one-third of intensive care beds at the beginning of April were occupied by people from BAME populations.

“But I also saw the impact personally as at my GP practice in north London, we began getting notification of coronavirus deaths every day – and they were all people from an Asian background.

“These were all patients I knew and were people who did not have illnesses which suggested they would die.

Nagpaul wanted to see the reason why BAME communities were adversely affected by coronavirus investigated – and also for them to be better protected against the virus.

What every single BAME person in the nation wants to know is that the government has got their back and will prevent these disproportionate deaths happening again.”Dr Chaand Nagpaul

He told HuffPost UK that three months on, he would have expected a clear action plan from Public Health England about people from BAME backgrounds will be protected – particularly now the virus is spreading again at a rapid rate.

“What every single BAME person in the nation wants to know is that the government has got their back and will prevent these disproportionate deaths happening again,” he said.

“It is our duty to protect people from a BAME origin who are being harder hit by this virus.”

For Hesketh, his motivation for demanding a public inquiry into the issue is simple. “If there is another wave of coronavirus, I don’t want to see that disproportionality rearing its ugly head again and hitting Black people harder once again.

“I don’t want to lose any more of my friends.”