The Brits walked away largely empty handed at Sunday night’s Emmys, despite a raft of nominations.

The only British win came in the Writing For A Drama Series category, which saw Jesse Armstrong pick up the gong for his work on satirical drama Succession.

The likes of Olivia Colman, Jodie Comer, Paul Mescal and Thandie Newton﻿ all lost out in their respective categories. 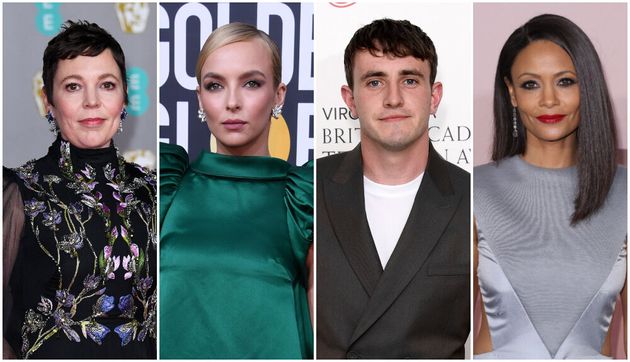 Olivia had been nominated for Lead Actress In A Drama Series for her portrayal of the Queen in Netflix’s The Crown, alongside last year’s winner Jodie for her role as Villanelle in Killing Eve.

Normal People star Paul missed out on the Lead Actor In A Limited Series Or Movie for his portrayal as Connell Waldron, while Watchmen’s Jeremy Irons, had also been shortlisted in the category.

Thandie Newton had been nominated for Supporting Actress In A Drama Series gong for her role as Maeve Millay in Westworld, while Succession’s Brian Cox also lost out on Lead Actor In A Drama Series for his performance as Logan Roy.

During his acceptance speech, the UK’s only winner Jesse Armstrong listed a number of “un-thank yous”, targeting Donald Trump and Boris Johnson for their respective responses to the coronavirus pandemic.

Schitt’s Creek was the night’s biggest winner, taking home nine prizes the comedy categories, including gongs for all four of its main stars Eugene and Daniel Levy, Catherine O’Hara and Annie Murphy.

Elsewhere, it was a huge night for Zendaya, who made Emmys history as the youngest Lead Actress In A Drama Series winner ever.

The 24-year-old took home the gong for her performance as Rue Bennett in Euphoria.