It Doesn’t Matter Who Wins The Lib Dem Leadership. The Victor Faces An Uphill Struggle

It Doesn’t Matter Who Wins The Lib Dem Leadership. The Victor Faces An Uphill Struggle 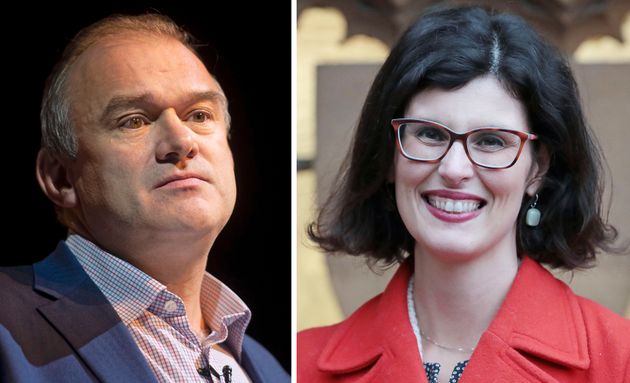 Whatever else might be said about Jo Swinson, she won’t be a hard act to follow. I’ve got to know both Ed Davey and Layla Moran well over the past few years, and, whichever one my fellow Lib Dem members elect to be our leader later this month, I’m confident the party will be in eminently safer and more mature hands.

The victor will, however, face a formidable task. We are back into single figures in the polls, we are demoralised, if not depressed, and we feel, for the most part, profound guilt about our recent history.

We all know only too well that Swinson made a historic blunder when she allowed Boris Johnson his general election and the thumping majority he craved.

The opposition parties could, of course, have denied him that, but instead we allowed the electorate to go to the polls in December knowing dangerously little about Johnson and his judgment.

What our party needs now is a grafter, an individual of humility who is willing to listen once again to the members and who can regain first their respect and then that of the electorate at large.

To everyone conversant with the art of the politically possible, it was always obvious what would happen and I know a great many pleaded with Swinson to bide her time.

John Bercow, at the time the Speaker, told me it was the saddest day of his entire parliamentary career when the election was called. It came at the very moment traction had started to build behind a second referendum.

Tragically, Swinson’s part in making the general election happen – with her absurd, vainglorious dream she could become prime minister – means my party, which has always prided itself on its liberal, pro-European tradition, has been complicit in reinstalling the most hard-right government of all time, with more power than ever, and apparently intent on delivering a no-deal Brexit.

Neither Davey nor Moran can be blamed for that decision, however, and, whichever one of them wins, needs to begin with a healthy sense of contrition and remove from positions of authority all those in the party who played along with Swinson’s delusion.

More than that, the new leader must show a willingness to listen to – and mend fences with – our party’s grassroots. In her brutally honest report into what went wrong for the party at the last election, the Lib Dem peer Dorothy Thornhill highlighted the “rift” that had opened up between our high command and the ordinary members on the ground.

Our new leader must accept that this isn’t just about us any more. It’s about the country, which is eminently more important.

The Labour Party and the Conservatives have also of course managed to antagonise their traditional supporters in recent years, but for this to happen in the Lib Dems – which has always sold itself as the party that is willing to listen – is especially shocking.

It was no more obvious than in Canterbury, where I stood as the party’s candidate in the election. Labour’s position on a second referendum had shifted between my adoption and the election. The overwhelming majority of the local association had come to the view I should withdraw lest I divide the Remain vote between myself and Labour’s Rosie Duffield and thus gift the seat to an especially strident Tory.

When no one in charge of my party seemed willing to listen to our concerns, I took the unilateral decision to stand down. It was the irony that I couldn’t handle: the party I’d joined specifically to stop Brexit expected me to help to replace a Labour Remain MP with another of Johnson’s disciples.

What I did has not of course endeared me to my party’s head office – they could probably also do without a piece such as this – and it remains to be seen if I will ever be selected to fight another constituency.

This is, however, a time for plain-speaking as the rift that Thornhill alluded to remains as wide as ever. In the same month her report came out, the Lib Dem federal board high handedly took it upon themselves to put the leadership election on hold for a whole year, ostensibly so the party could focus on their response to the coronavirus.

The members understandably reacted with fury to the idea we could be left rudderless and drifting for such an inordinately long time and it’s thanks to them the election has been brought forward to this month.

If there is more truculence than usual in the ranks of the Lib Dems, it’s because a great many of us joined the party with fire in our bellies immediately after the vote to leave the EU. We were not people who were ever going to play politics by the cosy old rules. We’d joined with one objective, and, while we were willing to pitch in and work hard, we expected in return intelligent, strategic leadership from our party.

The Lib Dems have, of course, been written off before and come back, and, for all that’s happened, we still occupy strategically important ground on the political landscape.

In that regard, we have been bitterly disappointed. Some of the new members I met at the first party conferences I attended have defected to Labour after Keir Starmer replaced Jeremy Corbyn.

Others have allowed their memberships to lapse and the experience has left them wanting nothing more to do with politics. They talk about the Lib Dems looking irrelevant, that we had our chance and we blew it and they can’t understand any more what it is the party stands for or what it is it can realistically achieve.

The Lib Dems have, of course, been written off before and come back, and, for all that’s happened, we still occupy strategically important ground on the political landscape.

There are always going to be seats that Labour can never win, but the Lib Dems could. The opposite is also true. If the new leader of the Lib Dems can come to an accommodation with Starmer, then, even with all of the iniquities of the current voting system, there will be hope.

And in the unlikely event our new leader wants any advice from me, I’d say forget all about the vacuous showmanship and empty ambitions of Swinson’s brief and disastrous period in office and get back to brass tacks.

What our party needs now is a grafter, an individual of humility who is willing to listen once again to the members and who can regain first their respect and then that of the electorate at large. Above all things, he or she should accept that this isn’t just about us any more. It’s about the country, which is eminently more important.

Tim Walker is a Lib Dem member and political commentator.

Advertorial: Through the Keyhole Locksmith