Is ‘Sorry, Not Sorry’ The Johnson/Sunak Message Ahead Of A Grim Winter? - Rugby and Daventry Radio Station Midlands UK 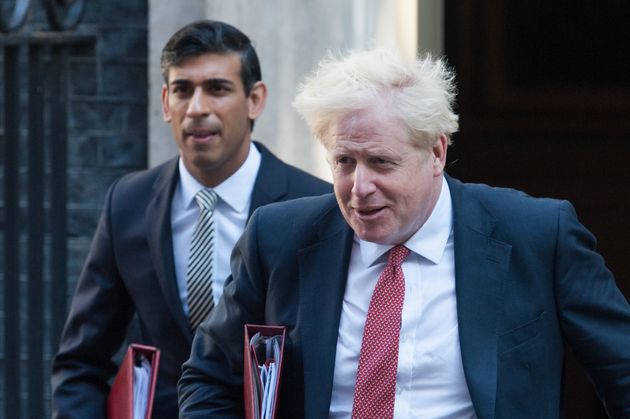 “I am sorry. When you’ve made a mistake you should apologise. But most important of all, you’ve got to learn from your mistakes…” Sound familiar? Yes, Nick Clegg’s words on tuition fees (apologies but it’s hard to get autotune in print) hang in the air these days as ministers try to show some kind of remorse for the failures on coronavirus.

Ahead of the Tory party “conference” and a possibly grim winter, Boris Johnson seemed to be getting his excuses in first in a series of regional TV interviews today. Given that he’s treating Covid as a series of separate local incidents rather than a national crisis, that PR tactic was at least consistent. A cynic would point out that “divide and rule” isn’t quite the “levelling up” narrative he was elected on.

Anyway, it was in his interview with BBC London that the PM finally came up with his very first apology for the state of the NHS Test and Trace service. Three long weeks since the public first started complaining in large numbers about delays, Johnson said: “I apologise for the bad experiences that people have had with NHS Test and Trace..”

There was of course the inevitable “but”. “..but it is a fact that we are conducting more tests than any other European countries, 20 million people have been tested.” He may or may not have still be suffering from Covid, but the PM certainly has the Gordon Brown Disease of rattling out big numbers that have zero relevance to individual complaints.

In his interview with ITV Granada, Johnson finally also gave some clue as to what would free local areas from lockdown, though it was not totally helpful. He said the R number would have to fall below 1, though it’s not entirely clear how that would work, given that R so far seems to be measured for a whole region rather than individual council areas. There was another hint of contrition too: “I totally understand people feel things are inconsistent.” Hmmm.

Johnson’s clear fear that the public will hammer him if Christmas is cancelled is also still preoccupying him. Despite having said the Rule of Six is in place for six months, he today even denied to ITV Anglia that families of five would be banned from having two grandparents round for Xmas lunch. “We are not saying that at all. We will do everything we can to make sure that Christmas for everybody is as normal as possible.” More confusion seems to beckon, all because the PM loves to be loved.

Perhaps aware of his backbenchers’ growing love for Rishi Sunak’s own line on Covid, the PM also talked about “people learning to live without fear, as the chancellor says”. As it happens, Sunak has had his own attempt at regret in recent days, telling the Daily Express/Blue Collar Conservative conference that he has “apologised to those people” who have “fallen through the cracks” of his policies.

“We haven’t been able to help everyone in exactly the way they would have liked,” he said. But there was a “but”, again. “Sometimes it’s just practically very difficult to do. We need to make sure we also protect the taxpayer…What I would say is, even if you haven’t been helped in exactly the way you want, there’ll almost certainly something that we’ve done that could benefit you.” That may not be quite the comfort the self-employed or those losing furlough were looking for.

Labour knows it needs to target Sunak as much as Johnson these days (hence those attack ads, and today Bridget Phillipson ridiculing his ‘ego’), not least because if the PM really mucks up the pandemic, the chancellor may be the guy that Keir Starmer faces at the next election.

As for the big question of what Labour’s economic policies will look like in 2024, we at least got a bit more clarity today after my interview with Starmer. The Labour leader is famously hard to pin down (as Goggleboxers made plain last week) and on his tax policies there has been more than a bit of fog of late.

His characteristic refusal to give a yes or no answer to a question initially seemed to be in evidence. I asked him whether Lisa Nandy was right to suggest last week that his leadership pledge to increase income tax for the top 5% had now been dropped because of the party’s wider opposition to any tax rises during the pandemic.

His first answer made me think Nandy was right. “We’re in the middle of a pandemic,” he said.”We don’t know the full impact on the economy. And the next general election is 2024, so I don’t think it’s prudent at this stage to set out tax arrangements for 2024..” Not exactly a denial of Nandy’s words. So far, so worrying for Labour leftwingers.

I asked a second time, had that 5% pledge been overtaken by events? Again, he gave the impression it had. “I don’t think anybody could really say that the last six months hasn’t changed the nature of the challenge but if anything, it’s a bigger challenge now…so the nature and scale of the challenges we now face were not even contemplated in 2019.”

It felt like nailing jelly to a wall. Now, I’m a fair journalist and naturally never want to misrepresent anyone (I know, old fashioned habit) so I asked a third time. “So just to be clear, those [Labour members] who voted for you because you pledged the top 5% would be taxed, that was your priority, you’re saying actually look, events change and my response to it needs to change too?” I said.

His reply solidified the jelly. “No, they were important pledges, very important pledges in terms of the approach I would take and the priorities I would have as leader of the labour party, and they remain my priorities,” he said. “What I’m saying is, the work and the challenge now is so much more profound than we thought it was in 2019. Or even this year before the pandemic hit. It actually means we might have to be bolder than we might have imagined.”

So, that income tax rise for the top 5% remains a priority and is “very important” “in terms of the approach I would take”. And his reference to being even “bolder” leaves open the door for possibly some kind of wealth tax that hits the super rich even harder.

That whole policy direction may yet prove surprisingly popular or worryingly toxic. But on a day of half apologies and further obfuscation on Covid, I guess the public may welcome a bit more political clarity on tax.

Rugby and Daventry Radio Station Midlands UK > News > National And International News > Huffpost > Is ‘Sorry, Not Sorry’ The Johnson/Sunak Message Ahead Of A Grim Winter?