Is Boris Johnson Really About To Blow Up The Brexit Negotiations? - Rugby and Daventry Radio Station Midlands UK

Brexit negotiations have exploded into life after Boris Johnson set a new deadline and declared he would be happy to walk away with no trade deal if the EU does not give ground.

The prime minister further complicated matters by apparently threatening to rip up elements of the basic withdrawal agreement that he negotiated to take the country out of the EU in the first place.

The EU responded by insisting that implementing the withdrawal agreement is a “precondition” for negotiations on a trade deal, declaring it a “matter of trust”.

It has left many to wonder whether, after four years, this is the end of the road for Brexit negotiations. Is the UK about to leave the EU with no trade deal and default to economically damaging World Trade Organisation terms?

HuffPost UK has spoken to insiders and experts to find out what’s really going on.

So what is going on?

EU chief negotiator Michel Barnier is in London for a crunch week of Brexit talks with his UK counterpart David Frost, with time running out to reach a deal.

The key sticking points remain state aid and fisheries, and Johnson has fired a salvo apparently designed to pressure the EU into giving ground on UK demands for sovereignty.

The PM set a new deadline of October 15, declaring it will be time to “move on” if agreement can’t be reached and describing no deal as a “good outcome” for the UK.

The whole thing has been further complicated by a leak of the government’s Internal Market Bill to be published on Wednesday, which some experts see as ripping up the withdrawal agreement signed earlier this year and risking the collapse of talks. 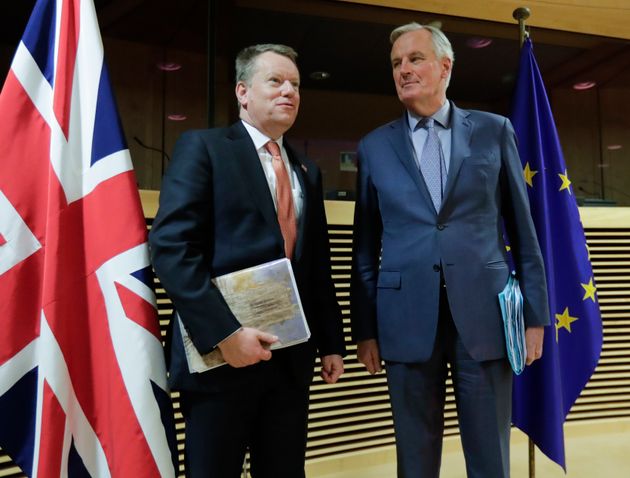 Why are we talking about the deal already done?

There are, of course, potentially two Brexit deals.

Stay with us – last year’s withdrawal agreement (WA) triggered the current standstill transition period, during which talks are ongoing on a longer-term trade deal.

The WA also dealt with citizens’ rights, the so-called “divorce bill” and the thorny issue of Northern Ireland.

It is that final issue which is causing angst.

We thought so, but it turns out Johnson is unhappy with what aspects of his own deal – in particular, the so-called Northern Ireland (NI) protocol – mean for the UK.

Northern Ireland was supposed to follow EU rules on certain aspects of trade but UK rules on others, to ensure it keeps an invisible border with the Republic.

Now, however, the government has drawn up the Internal Market Bill, which appears to pick apart aspects of the NI protocol.

The problem is that the government wants to give UK ministers – and only UK ministers – the power to decide what goods are “at risk” of being sold into the EU via Northern Ireland, and must therefore comply with Brussels tariffs.

Under the Internal Market Bill, UK ministers would also have the power to decide when state aid – government support for businesses – should be notified to Brussels because it affects Northern Ireland, and by extension the EU.

Downing Street has stressed the moves are simply a “safety net” to ensure there is not legal confusion if the UK and EU, through the so-called “joint committee”, cannot agree how to determine these issues. (The joint committee was established under the withdrawal deal to monitor its application. Negotiations in the committee are led by Michael Gove on the UK side and Maros Sefcovic on the EU side.)

A UK official has also insisted it is “completely committed” to the withdrawal agreement, and described the legislation as “minor clarifications”.

So what’s the issue?

Anand Menon, director of the UK in a Changing Europe think-tank, believes the UK’s plan risks circumventing the European Court of Justice (ECJ) – which ultimately has power over the state aid rules under the withdrawal agreement – and EU customs laws which apply in Northern Ireland.

“What this inescapably is, is them [ministers] pondering the details of what they negotiated and signed last year and deciding: ‘We don’t like them,’” he says.

Menon also stresses that the UK’s plan is not simply a safety net as the government claims.

Maddy Thimont Jack, of the Institute for Government, agrees. “The way it’s drafted,” she said, “your default is full checks unless you agree otherwise.

“So, for example, the withdrawal agreement states that – if you can’t agree in the joint committee which goods are at risk and have to pay an EU tariff – then all goods count as that.”

Menon added: “If there’s any danger at all of the UK appearing to renege on its commitments under the withdrawal agreement, the EU will just say: ‘Not worth it.’”

I trust the British government to implement the Withdrawal Agreement, an obligation under international law & prerequisite for any future partnership. Protocol on Ireland/Northern Ireland is essential to protect peace and stability on the island & integrity of the single market.

But Thimont Jack believes there may be wriggle room.

“There’s a difference between giving ministers powers to do something and them actually doing that thing,” she says.

The EU also knows that the WA provides dispute resolution mechanisms that could see the UK face penalties if it actually reneges.

“The EU are staying quite measured and not getting as excited as all of us are and are basically saying: ‘Let’s wait and see what this means,’” she says.

“[The Internal Market Bill] does take you on a step towards undermining the UK’s obligations under the withdrawal agreement.”

So what is the UK up to?

The surprise move by the UK has led to a renewed bout of fevered Brexitology, which had become a bit of a dying sport as negotiations remained deadlocked around the same issues.

Thimont Jack suggested Johnson might be trying to apply yet more pressure to the EU, “saying: ‘If you’re not going to start playing ball in the talks, we don’t necessarily have to comply with what we’ve signed up to.’”

She goes on: “I don’t think that will work. If that’s the ploy, it’s not necessarily the best one.

“The EU will stick by the same lines they’ve said for the last year – getting an agreement on the future relationship depends on the UK implementing the withdrawal agreement fully.”

It could also be “pitch rolling” (preparing the ground), as one Tory MP says, for a compromise in the wider trade deal.

Thimont Jack agrees: “It could be about saying to backbenchers who are very unhappy with the withdrawal agreement: ‘We have got these powers,’ and that may possibly help if the UK makes a concession at a later point.

“And again that might possibly be why the EU is being a bit calmer, because they are seeing it as domestic politics and so there’s no point getting upset about it now.

“But if it goes further than taking powers then it will raise questions.” 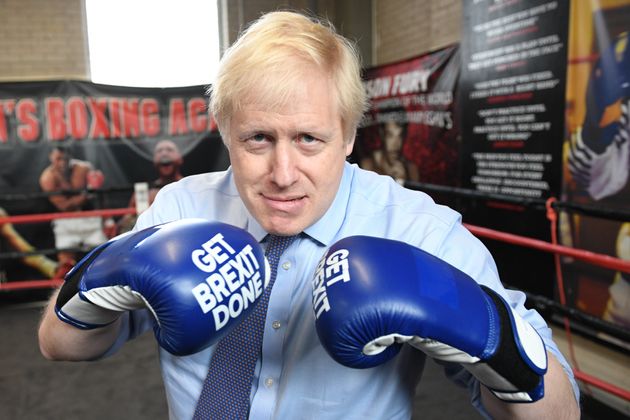 Menon believes the row shows where the power lies in the Conservative Party.

“They absolutely do have on eye on the Brexiteer audience here,” he says.

“The big unanswered question for me is: where are the Tory moderates? Are they going to speak up? The backlash hasn’t come yet.

“It may give more of an idea about the relative strengths of the camps in the Conservative Party – there’s only one camp doing the running at the moment and that’s  the Brexit zealots camp.”

So are we heading for no deal soon?

Once again, while he might be appearing hardline, Johnson’s stance may not be as tough as it looks. His new October 15 deadline is only two weeks ahead of the October 31 cut-off previously set by Barnier.

Menon says: “Part of the politics of this is trying to put pressure on the EU. Part of it is – the more you talk about no deal, the more you look like a saviour if you get a deal.

“So you can ratchet up your ability as, yet again, the man who’s achieved the impossible.”

But that doesn’t mean no deal is off the table.

“The combination of the mood music and the substantive issues means no deal is perfectly plausible.”

But for Thimont Jack, there is no need to panic right now.

“The next few weeks are going to be important but I don’t think we should read too much into it yet.”