I’m A So-Called ‘Activist Lawyer’ Who Assists Migrants. Here’s What I Actually Do - Rugby and Daventry Radio Station Midlands UK 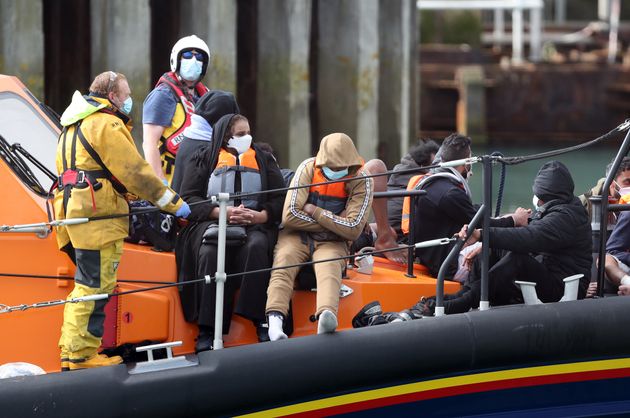 I don’t like labels, but if I had to choose one to describe what I do, it would be lawyer – someone who studies or practices law. I work in legal aid, which means I have a duty to the public purse and a duty to only  take cases which are likely to succeed – I never pursue frivolous or fanciful claims. I take my clients’ instructions and advise how the law applies to the facts of their particular case.

When your car breaks down you call a mechanic, and they tell you what is wrong and how to fix it. If you are ill, you tell doctors your symptoms and seek their help. And just like that, my job means  I provide an answer to my clients’ legal problems – instead of looking at a broken engine or a body part, I just look at a vast array of documents, the person’s history and the relevant law.

This shouldn’t be controversial. However, when it comes to providing legal advice in an area of law described as Britain’s most toxic political issue, unfortunately it is. I’m not just a lawyer, doing my job, I’m supposedly an “activist lawyer” or a dinghy chaser, bending the laws of the land to abuse the system.

The Home Office used the first of these labels last week in a video claiming “activist lawyers” were frustrating the law by thwarting deportations. Sections of the British press then name-checked several law firms as “dinghy-chasers”. The truth is immigration lawyers didn’t frustrate the law last week – we upheld it, preventing the wrongful deportation of people who needed our protection.

The people I work with and advise are some of the most marginalised and vulnerable members of society – it’s my job to provide them with necessary, often life-saving, legal advice.

These characterisations are misleading and dangerous. The people I work with and advise are some of the most marginalised and vulnerable members of society – it’s my job to provide them with necessary, often life-saving, legal advice.

I want to share with you a couple of illustrative examples.

Pedro is a victim of torture, and has PTSD. Priti Patel, the Home Secretary, wanted to deport him to the Democratic Republic of Congo a few days after he attempted suicide. Pedro’s deportation would have breached his human rights, and could ultimately have resulted in his death. The Home Secretary should have known this from the evidence before her, yet court action was needed to stop his removal. Pedro has now been granted humanitarian protection in the UK.

Yvonne was recognised as a refugee following a successful appeal. Despite having documentary evidence to support every aspect of her claim, the Home Secretary refused to accept she would be at risk on return. There were numerous legal errors in the decision, which we repeatedly highlighted. Nevertheless, the Home Secretary continued to defend the appeal. In a subsequent judgment the court described the Secretary of State’s conduct in the following terms: “[Either she] behaved unreasonably in not reviewing the sustainability of her decision following the lodging of the appeal, or she behaved unreasonably in allowing the appeal to be carried out by a civil servant who was not reasonably competent and unfamiliar with basic principles of asylum law.”

When the news of the Home Office’s ‘activist lawyers’ video reached fever pitch, I was conducting a telephone hearing. The Home Office had repeatedly failed to comply with court directions. Understandably, the court wanted an explanation for this, but as a representative for the Home Office failed to attend, no explanation could be given. There was no accountability or redress for the harm that the delay had caused. Meanwhile my client, a vulnerable victim of trafficking, continues to wait for a resolution to her case, while she and her children continue to live on just over £5 a day.

While there are people starving to death due to a broken immigration system, there will very much be a need for lawyers who are prepared to hold the government to account.

Who here is trying to bend the laws? If these claims had been dealt with promptly and competently there would have been no need to settle these disputes in court. Litigation should be a last resort, but sadly in many cases, it has become inevitable.

The issues at stake in these cases are of overwhelming importance, not just to my clients, but to society as a whole. The United Kingdom prides itself on being a fair and democratic country, where rights extend to all – whatever your skin colour and regardless of the country you come from, you have the right to access an independent judicial system. Lawyers like me help guide clients through this often confusing and intimidating process. It’s vital we must be able to do this without fear or favour – or inflammatory videos appearing on Twitter.

And amid the Twitter storm caused by the video, it’s important not to lose sight of the fact that these cases concern real people. The people I work with are not just a statistic to be disbelieved at every stage until a court rules in their favour, or a body to be put on a plane and removed from this country as quickly as possible. They are definitely not a pawn to be used for political point scoring.

Over the past week, I’ve been thinking of Mercy Baguma, and her poor motherless son. Her tragic case starkly confirms that while there are people starving to death due to a broken immigration system, there will very much be a need for lawyers who, within the confines of the law, are prepared to hold the government to account.

Just two years ago the Joint Select Committee on Human Rights concluded that the Government must create a positive environment in which lawyers are not impeded from bringing human rights cases against the Government, where lawyers should not be criticised because they represent “unpopular” clients and in which the Government should not seek to abuse their position to influence or intimidate.

I look forward to working in this positive environment, in which the Government moves away from its rhetoric and propaganda, and in which I’m not worried about the next morning’s attention grabbling headline.

For now, I’m happy to reclaim the label. If ‘activist lawyer’ means a lawyer who does their job in difficult circumstances, who achieves the desired result for a vulnerable class of people and who is prepared to uphold and serve the rule of law, I will wear the label with pride.

Have your say on proposals to remove payphones