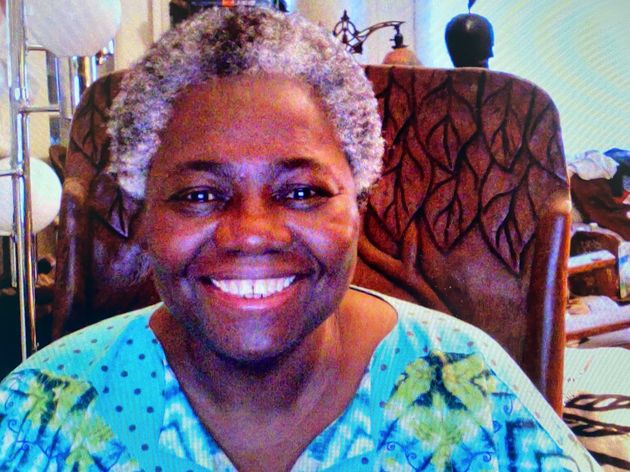 Witnessing recent police violence and racial strife swallowing our cities and towns, I’ve been tempted to cave into feeling like we’ve all been duped by the so-called promise of America. Once more in history, reactionary white supremacists and their allies have risen to crush African American aspirations.

With all of my accomplishments, I’m still compelled at times to feel tired and hopeless. I have both a master’s degree in public health and a doctorate in political science from the University of California, Berkeley. I’m retired from a great professional career in public health and foreign policy. And yet, I’m still tempted to discount not only my own personal accomplishments, but at times those of my people and the nation under the crushing weight of hatred. It has taken a long time — over a century and a half — for a Civil War and social activism to get us where we are.

Because of that continuous agitation, I can still muster some hope. My life has included participation in the civil rights movement, anti-war movement, Black students movement, farmworkers movement, feminist movement, anti-apartheid movement, and Central American solidarity movement. I learned that as long as good people rise to resist hate, the promise of America, rooted in the Constitution and rule of law, lives. I also learned that proponents of racism and white supremacy reinvent their ideologies and organisations and (re)perpetrate hateful resistance to change. So the struggle does not end ― even with significant political and social victories.

As a Black girl, my “American dream” was filtered by my parents through a realist prism. They raised me to aim for my highest potential, but, they were pragmatists. They cautioned that striving to reach the American dream would not be a cakewalk for a Black girl. It required navigating the unjust gauntlet of racism and female vulnerability. Discrimination had to be fought and, with each victory, the wounds allowed to heal and fade as I readied myself for the next confrontation.

“You will have to work twice as hard to get half as far as a white child,” I was told.

What white child born in 1946 was so instructed by her or his parents? 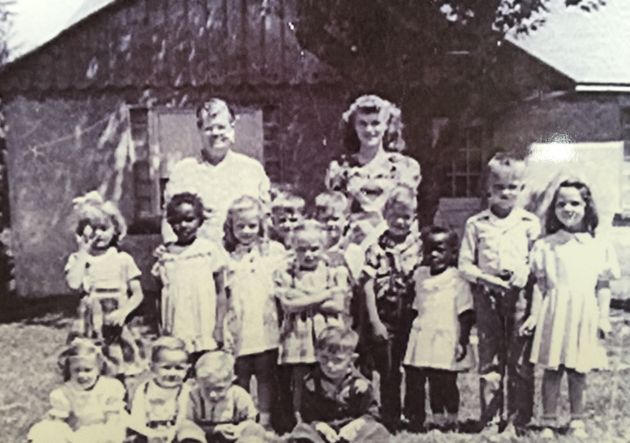 They also schooled me that, regardless of what I achieved, it was my duty to uplift my race. A powerful binary choice guided my journey: “You can only be one of two things ― a credit to the race or a disgrace to the race.”

Beginning in the early 1950s, in the sawmill town of Wallowa, Oregon, my parents — a log cutter and his wife — and working class neighbors and friends, both Black and white, started me along my journey through painful encounters with racism and celebrated my triumphs.

In 1953, when I was in second grade, my classmates were invited to join the Brownies, the Girl Scout group for girls ages seven to 10. When I showed up to join with my 50-cent fee in hand, some white mothers objected and I was turned away. But one mother fought them. She formed a new 4-H club chapter for girls, came to our home and personally asked my mother if I could join.  When white mothers complained, she told them if I was the only girl in 4-H, that’s how it would be. They grumbled but let their daughters join.

In the summer of 1958, when I turned 12, we moved to Grass Valley, an old all-white mining town in northern California historically inhospitable to African Americans. To find a home, my father had to rent a house from the state that was due for demolition some years out, since no local white person would rent to us. When the demolition time came, a local Quaker family purchased and resold to us a home to live in. The house had a historic racial covenant in the deed but by that time was unenforceable under California state law.

After graduating from high school in 1964, I enrolled at Sacramento State College. I was the only African American girl in the dormitory. My second year, several white friends and I decided to rent an apartment. Because of housing discrimination, landlords would not rent to the group if I were included due to the color of my skin. After a number of attempts, my friends apologised and move on with their plan to move off campus. One of them, who knew better, moved in with them but invited me to meet her mother, an activist in the Democratic Party working on housing discrimination under the Rumford Fair Housing Act. That was the beginning of my political life.

As a political science graduate student at Berkeley in 1975, I was counselled by peers on which professors to avoid. Some were aggressively anti-affirmative action and derided every minority student’s enrolment as a diminution of their merit system. But thankfully, there were also decent faculty mentors who guided me on the path to earn my degrees. 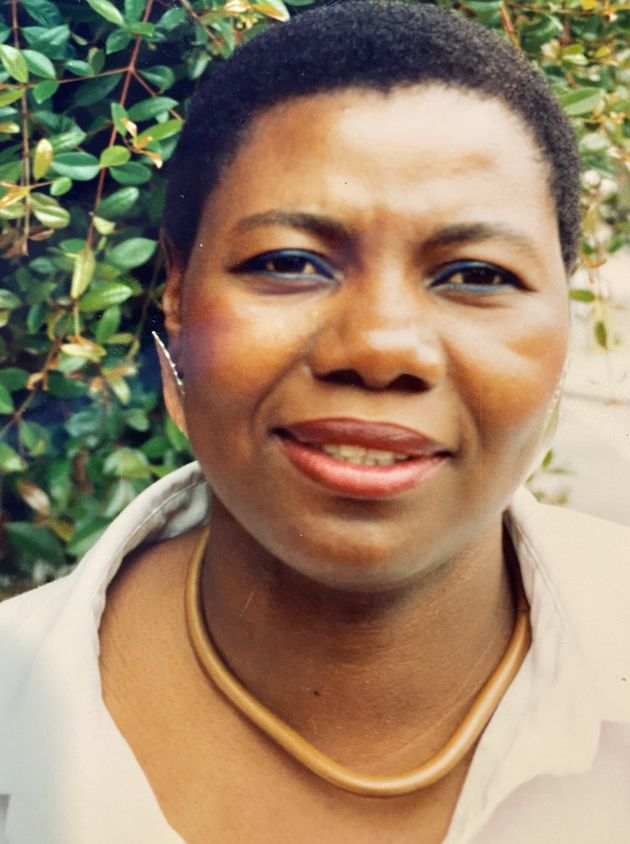 Ensuing decades in various workspaces had highs and lows. When I was first hired in 1973 as a mental health planner in Alameda County, California, one of the supervisors told me I was the most qualified but a young white man, given a lesser job, was told I got it instead of him because of affirmative action. I went ahead and did my job well in spite of the claim.

Through 50 years of activism, there was intramovement racism and sexism to contend with. At Sacramento State College, my undergraduate school, women held the Black Students Union together while men took the lead with bullhorns in front of the marches and cameras.

During the height of the Black Student Movement, we invited the Oakland Black Panthers to speak on campus. We pooled our student money and made reservations at a fine Italian restaurant. They were in no mood. When we had to translate the menu for them, they railed at us as “bougie bitches” and “educated fools.” And there was Ron Karenga’s group, Us, that in part blamed Black women for some Black men feeling inferior.

Throughout all of those years, I celebrated both personal and national victories that had a positive impact on my community. Discriminatory housing was banned in California, federal civil and voting rights legislation became law, California farmworkers were unionised, South Africa and El Salvador were liberated, Black studies became a college major across the country, and women entered formerly all-male spaces to break the gender barrier. 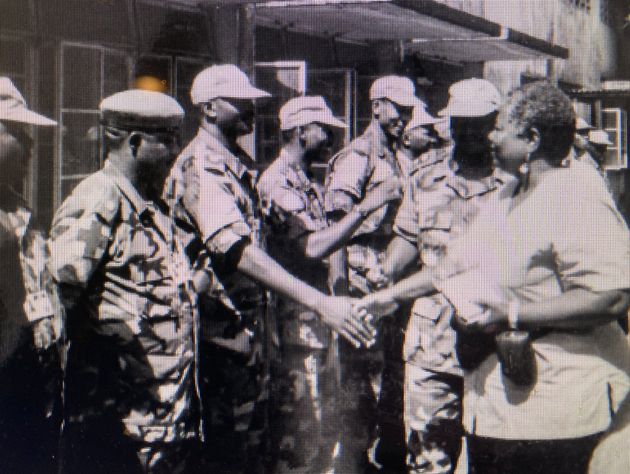 The lessons I learned from all of my experiences with racism and discrimination is to find allies and never give up. Through struggle comes change, as slow as it may seem. I also learned that changes that may seem small today were transformational when they happened. Ultimately, all change depends on never giving up.

And so, in 2020, as we move into yet another round of resistance, I will continue to fight for change. I have taught the next generation and the baby generation after them in our family that it’s their duty to agitate while opening doors for themselves and others. After all, with permanent struggle, over the past 155 years since the legal end of our enslavement ― when we were declared property and not human ― there has been “progress,” though incomplete and insufficient.

At this point in my life, my hope is limited by the urgency of time. I know I will not see the America I was promised. But my hope, based in racial pragmatism and American idealism, is a legacy of clear-eyed optimism I will pass on to keep future generations of my family and my community striving until we get there.

Pearl Alice Marsh is retired with a distinguished 30-year career in public health and U.S. African foreign policy. She is the first African American woman to earn a doctorate in political science from the University of California, Berkeley. This article first appeared on HuffPost Personal.

The Pandemic Put Our Grief On Hold. Here’s How We’re Coping