I’m 53, And Sleeping With An 83-Year-Old. Here's The Truth About ‘Geriatric Sex’ - Rugby and Daventry Radio Station Midlands UK

I’m 53, And Sleeping With An 83-Year-Old. Here’s The Truth About ‘Geriatric Sex’

I’m 53, And Sleeping With An 83-Year-Old. Here’s The Truth About ‘Geriatric Sex’ 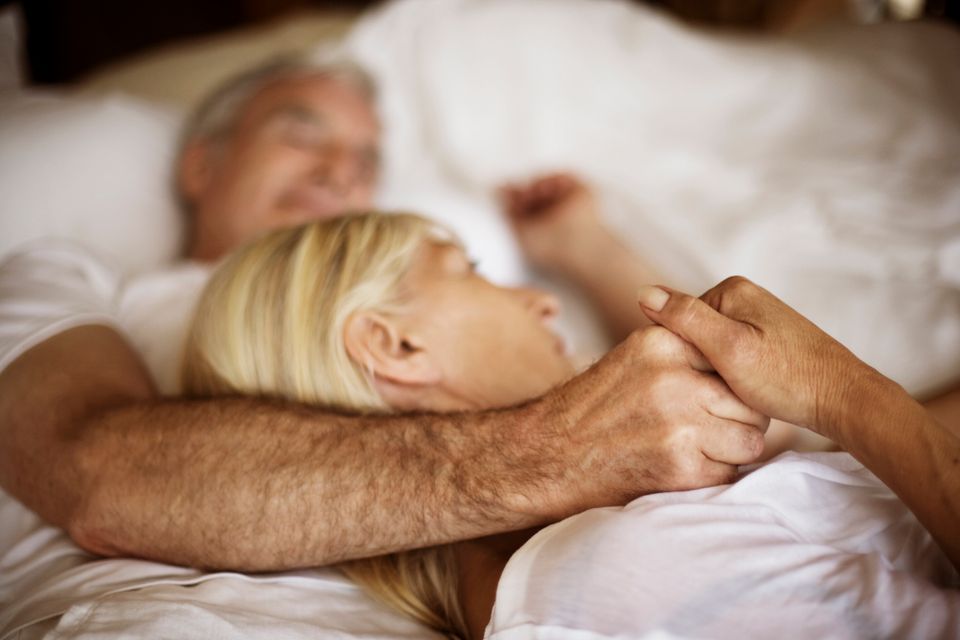 You’re reading Sex Diaries, a HuffPost UK Personal series about how we are (or aren’t) having sex. To share your story, get in touch on [email protected]

When I ran into Patrick, I hadn’t seen him in years.

After moving to my village with his wife, we used to exchange pleasantries with them if we crossed paths but weren’t close. After Irene died suddenly however, he moved away and I didn’t see him again for a long time.

Seeing him now, three years later, he looked well, and handsome, and I told him so. I was Christmas shopping, so I waved mistletoe at him and cheekily requested a festive kiss. Ambushed by sexual chemistry, what we thought would be a chaste peck on the lips turned instead into a passionate snog. A week later, we were having fantastic sex on his hearthrug.

I knew he was considerably older than me (I was 49, then) but was astonished when he told me that he was in his 80th year. I thought he was ten years younger, and he must have read my mind: “I’ll understand if that puts you off,” he said.

But I had always liked older men. I lost my virginity at 17 to a man of 37, so I had form. The sex Patrick and I had just had was steamy and intense – he would later tell me he had obtained a prescription for Viagra for that evening – and I knew I already liked him a lot. Why should I let age get in the way?

The idea that anyone over 75 might enjoy an active sex life more often than not promotes a reaction of disgust.

Geriatric sex is, let’s face it, a huge laughing matter. Jokes and cartoons about saggy bodies, memory loss and lack of desire abound. The idea that anyone over 75 might enjoy an active sex life more often than not promotes a reaction of disgust, and people I knew were no exception.

“Lalala, I don’t want to hear about it,” said one friend, sticking her fingers in her ears. Others wanted to know way too much. Can he actually get it up? (Yes, with pharmaceutical help – no biggie, it just requires a bit of planning); Aren’t you turned off by his wrinkly body? (No. He’s in better shape than a lot of 50-somethings), and my personal favourite: Aren’t you afraid he’ll die while you’re in bed together? (How can you even ask me that about the man I am rapidly falling in love with?)

It seems that if your lover is elderly, people are happy to refer jokingly to his imminent demise in a way that would be unacceptably rude if he were thirty years younger. For the record, Patrick’s heart has shown no sign of giving out before, during or after sex. Naturally we both know that he won’t be around forever, but neither of us is inclined to dwell on the fact any more than we would if he were 53 instead of 83. Life is uncertain; and besides, if anyone is likely to expire in bed, it’s me – the sex is that good.

But let’s not be coy; of course there are issues we both have to deal with. Patrick’s reliance on Viagra means spontaneous sex is generally off the cards. Ejaculation is a rare luxury at his age, and I’m often left feeling guilty when he hasn’t (though he assures me that he is happy and, on the occasions he does manage it, it’s wonderful for us both), and he doesn’t have the stamina or flexibility of a younger man. But, let’s face it, in middle age I’m not that fit or bendy myself. There may not be all-night sexfests, but there is endless foreplay, a willingness to experiment (married a virgin at 26, Patrick is undergoing what he calls a belated sexual education) and a tenderness to our love-making that I have rarely encountered in younger men.

Why are we so determined to consign our parents and grandparents to the sexual scrap-heap?

With an ever-ageing population, it’s time we all faced up to the fact that people are enjoying sex well into their seventies and eighties, because more of us are destined for a healthy old age than at any point in history.

So brace yourselves, people under 40, because according to a 2015 study,  more than half of men and a third of women over 70 reported being sexually active, with a third of both the men and women saying that they had sex at least twice a month. Men and women of that age are still working, travelling the world, running marathons – why should they be branded dirty old men, or worse, if they also have an active sex life? Why are we so determined to consign our parents and grandparents to the sexual scrap-heap?

I know that, even with the ready availability of Viagra, Patrick and I will at some point in the not-too-distant future, see the end of the sexual side of our relationship. He is fit and healthy but I am under no illusions that can change fast. I will cross that bridge, alongside him, when I have to.

Meanwhile, I intend to enjoy our sex life to the full. It’s high time that we all embraced the idea of sex in old age – statistically, more of us than ever are likely to live into our 80s, so let’s stop cringing at the thought. Take it from me, great sex does not come with an age restriction.

Jennifer is a 53-year-old woman, writing under a pseudonym