If You're Complaining About 'Lockdown 2.0', You're Showing Your Coronavirus Privilege - Rugby and Daventry Radio Station Midlands UK 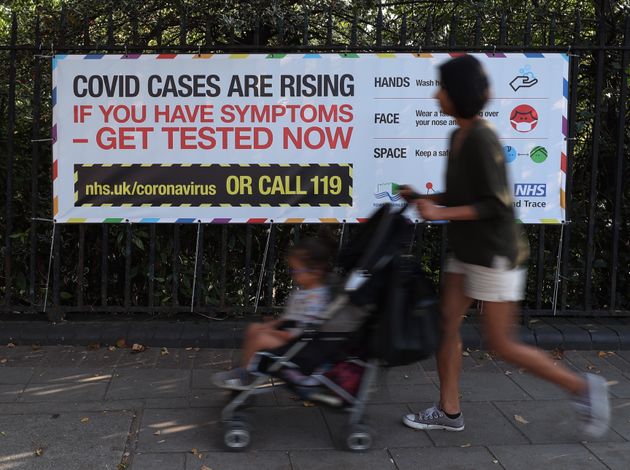 Navigating the pandemic has become a numbers game. Last Monday, we met the “rule of six” – a new restriction which dictates that no more than six people may meet at any time – with an extensive list of caveats that absolutely do not include mingling. (These rules were published 23 minutes before they came into effect, which set most of late-night, doom-scrolling Twitter on fire.)

In his address to the House of Commons, Prime Minister Boris Johnson introduced us to the principle of “a stitch in time saves nine” – a typically Johnsonian summary of the new strategy: introduce a whole host of new restrictions to stem the rising tide of infections.

(The number of positive coronavirus tests has almost quadrupled in the last month, which can definitely not be explained by an equivalent increase in testing. Daily hospital admissions in England have more than doubled, and apparently fewer than 8 percent of us have the antibodies to keep the virus at bay.)

As of Thursday, Johnson decrees, pubs, bars and restaurants must close by 10pm. Eat out to help out, but be home before curfew. As of Monday, only 15 people will be allowed at weddings – down from 30 – while 30 may still attend your funeral. They do say death brings popularity.

Nothing in Johnson’s latest announcements comes anywhere near the lockdown we had before.

These restrictions, he warns, could be in place for up to six months, unless the R infection rate is brought down below one.

Here’s another number that’s being bandied around: Lockdown 2.0.

Many Londoners who, like my friends and I, became drunk on perceived summer freedom, are calling the new restrictions on household mixing and the hospitality sector “a second lockdown”.

But take another look at the numbers, and you’ll see just how insulting that is. Once again, a southeast metropolitan bubble shows just how out of step it is with the rest of the so-called United Kingdom. Why not ask the good people of Bolton, or Leicester, or Manchester? Vast swathes of the country were already under far more stringent restriction. In fact, one in five Britons.

In Scotland, for example, the “rule of six” was in fact limited to two households. And just after Johnson’s address, Scotland First Minister Nicola Sturgeon announced a ban on visiting other people’s homes (with the exception of children). That measure was already in place for the nearly two million citizens of Glasgow. In Wales, Caerphilly and Rhondda Cynon Taf were already under local lockdown, and four more counties will join them tonight, being urged to avoid all non-essential journeys.

So to put it another way, anyone scaremongering about National Lockdown 2.0 on the basis of Tuesday’s announcements are showing something highly specific to 2020: Coronavirus Privilege.

Of course, restricting the already beleaguered hospitality sector with a 10pm curfew will knock another leg out from under a teetering financial table. I’m not making light of the terrible effect this may have on small businesses just emerging from Lockdown 1.0, nor the mental wellbeing of the population.

What I’m saying is, there are huge areas of the country where they could only dream of complaining about a 10pm curfew. And take a look across the Atlantic, where in New York City indoor dining has been banned the whole time. (There are tentative plans to re-open at 25% at the end of September.)

But here is the most important thing to bear in mind: nothing in Johnson’s announcements comes anywhere near the lockdown we had before. We’ve got to hang onto the freedom we’ve won back, rather than new limits on our activities.

Most of us can now see our families, our friends, our partners. We can leave the house as many times as we want. There are children in the parks and schools again. These are all things I once took for granted, but since this spring I hope never to do so again.

Today, for the first time in weeks, I read something that made me feel better. Something that eased the bruising tightness under my chest and stinging in my eyes – if only just for a moment. I read Hugo Rifkind’s column in The Times, reminding us of how bad things really were – and how unlikely it is that things will get that bad again.

Remember the start of lockdown? When people were panic-buying pasta and toilet paper, and sharing reckless WhatsApp rumours about the army in the streets? When we had to meet our friends on that infernal House Party app? And when we all, with quiet complicity, binned it? Do you remember the constant fear? The crushing depression? The Zoom quizzes?

But we made it through, bruised and battered but, by and large, unscathed. We developed routines to keep ourselves sane. We made adjustments to our homes, our lives, our hopes. We recalibrated and recalibrated and we became – dare I say it –  accustomed to a new world.

Right now it’s easy to become overwhelmed with the notifications, the news, the numbers. The scary upward graphs, the sombre scientists, the impending winter darkness. The helpless fear of being on a ship with Boris Johnson at the helm.

But hang in there. We’re not back in a second lockdown yet – and even if we do end up back in that dark place, remember that we made it through the first time. It won’t be over by Christmas, that much has always been for sure, but there are still sunlit uplands to aim for.

Harriet Marsden is a freelance journalist.