If Christmas Isn't Cancelled, Boris Johnson Will Have To Answer Questions About Eid - Rugby and Daventry Radio Station Midlands UK

If Christmas Isn’t Cancelled, Boris Johnson Will Have To Answer Questions About Eid

If Christmas Isn’t Cancelled, Boris Johnson Will Have To Answer Questions About Eid 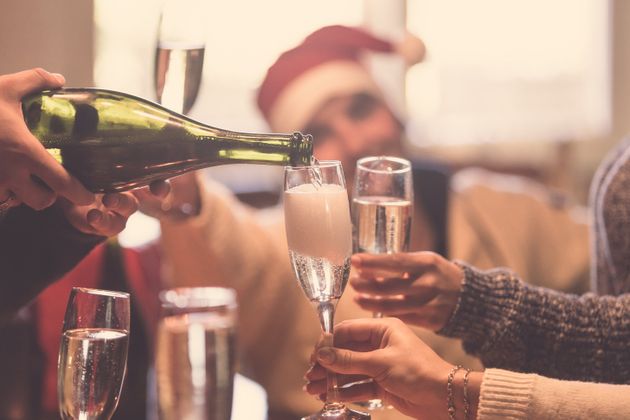 When we talk about the current government, it’s hard to ignore its clear contempt for the British Muslim community.

And as a British Muslim, I can’t help but feel nauseated at this representation, because paint it whichever way you will, the Islamophobia in government Covid policy is very real.

The same government that has now endorsed the wearing of face masks in public places is ironically led by a man who labelled Muslim women wearing niqabs and face coverings as “letterboxes” and “bank robbers”.

And comments like these aren’t without their consequences. Anti-Muslim incidents rose by 375% following Boris Johnson’s comments and still, he refused to apologise.

Throughout this Covid pandemic, as people gathered for street parties and filled beaches during the hot weather, Muslims have been repeatedly ignored – and scapegoated.

When Ramadan came around, a month in which Muslims fast and focus on their spirituality and community, Muslims were not able to come together. Nightly prayer congregations and family dinners were abandoned.

Instead, in the midst of a pandemic we were expected to adjust, to either come together virtually or be left alone and alienated in a time of intense hardship for our communities.

Eid-al-Adha, which I would usually have spent in the park, praying in a congregation of more than a hundred thousand people and then later attending a funfair and eating burgers, while trying not to ruin my new clothes, was a quiet affair. We stayed at home.

But the potential of a Christmas without a big family gathering is just going too far, apparently. What about those of us who have already had to live through our celebrations filled with aching and sadness because they are so far from what we know? Where was our lockdown holiday?

In reality, every minority religious group has been impacted by Covid. The recent Jewish holiday Rosh Hashanah was difficult for many who couldn’t attend the synagogue, the upcoming festival of Diwali will be similar.

On the eve of Eid-al-Fitr, lockdown restrictions were announced just two hours before Eid was set to begin. Food shops and preparations had already been done. Our Eid clothes were already ironed and ready to go, families were excited to celebrate together after a tough year. And then that was suddenly snatched away. I shudder to think what would happen if the same were to happen on Christmas Eve.

Health is the most important thing, that is not what I am contesting. But I am questioning the value the government places on certain communities. Clearly, some are more important than others. And it’s easier to scapegoat minorities for spreading the virus than, for example, disciplining government staff flouting the rules.

Although, Muslims make up almost 5% of the UK’s population, Home Office hate crime figures for 2018-19 show that 47% of the incidents recorded were perpetrated against Muslims.

What’s more, data released by the Office for National Statistics (ONS) in June showed that Muslim males in England and Wales had the highest death rates during the pandemic.

A later report, leaked initially, and then released by the government showed that factors including racism and social inequality could have contributed to the increased risk of Black, Asian and minority communities being impacted by Covid-19.

So cancelling our Eid celebrations wasn’t an isolated incident. There has been a persistent effort made by politicians to demonise and single out British Muslims, starting long before this pandemic.

There remains a persistent narrative that Muslim communities have higher rates of Covid because we are not following social distancing rules. Of course, it can’t be because of the very real healthcare inequality affecting these communities – findings also supported by Public Health England.

Our celebrations have been cancelled, so much of our way of life has changed, and yet, it’s odd that not many are willing to speak up about the contribution of pubs to rising Covid cases.

So before pointing a finger at people of colour, who are disproportionately affected by this pandemic, how about taking a long hard look at those in power.

Because this is a government more concerned with making loopholes for their rich mates who want to go out hunting, while still blaming minorities who have already had to sacrifice so much. Don’t look at Muslims, blame the government.

Mariam Khan is a writer and activist, and editor of It’s Not About the Burqa.