Article Published on Wednesday September 9, 2020 7:00 AM by Huffpost

In HuffPost Birth Diaries we hear the extraordinary stories of the everyday miracle of birth. This week, Shomoy Dormer shares her story. If you’d like to share yours, email [email protected]

Being pregnant during a pandemic was a struggle. I gave birth in July, so had spent nearly five months worrying. I lost touch with the outside world. My partner couldn’t come to scans. I was anxious and lonely.

I couldn’t wait to meet my daughter, though. I wanted a home birth, but was declined one due to my BMI. I requested a home-from-home birthing centre, but was declined that, too. Someone I spoke to on Instagram advised me I could ask to speak to the chief consultant midwife about my requests – I did, and she agreed I could give birth in the birthing centre, and go in the pool.

The night it all kicked off, I was at home and had just put up the baby’s cot. I went to sleep and woke up around 5am with contractions. They were painful, but I’d been doing hypnobirthing so I used that. I left my partner to sleep, so he could be more alert later down the labour line, and went into the living room.

I played some positive affirmations and stayed there all night and morning. 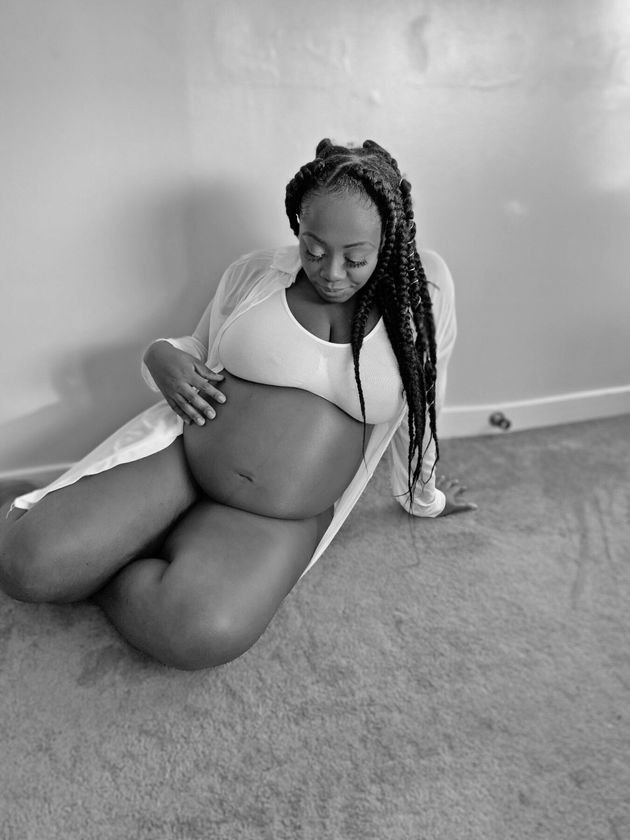 My family came over in the afternoon, coaching me through it. I was using a birthing ball, had a few showers, which helped, and was pleased when my partner offered me body scrubs and massages. But when the pain got more intense, I decided to go to hospital.

I’d been in labour 24 hours at that point. We went to the maternity emergency unit and I was checked – but I was only 3cm dilated. I was told partners weren’t allowed in until I was at least 4cm. They gave me a painkiller in tablet form, and I went back home (I only live five minutes from the hospital).

As soon as I got back, I threw up. Any benefits of the tablet were gone – and the pain was back. I stayed back at home from about 9pm until 2am, then went back in when the pain cranked up.

They wouldn’t check my dilation again, as they said it hadn’t been long enough. So I had to go in alone to the birthing suite. By morning, at 7am, contractions were really intense. About three hours later part of my waters broke – they popped the rest of them and then checked me: 6cm. My partner could come in.

I was asking for gas and air and felt like I wasn’t being listened to, so I had to tell them that. Soon after, they gave it to me and things go a bit blurry from there. My partner reiterated to staff that I wanted to go into the birthing pool, which they agreed to – if I could walk to the room.

Somehow I managed to (I’ve no idea how). I was in there for about 45 minutes, but it felt like six hours. They told me I was the first woman to give birth in a pool there since lockdown, so it was a privilege. 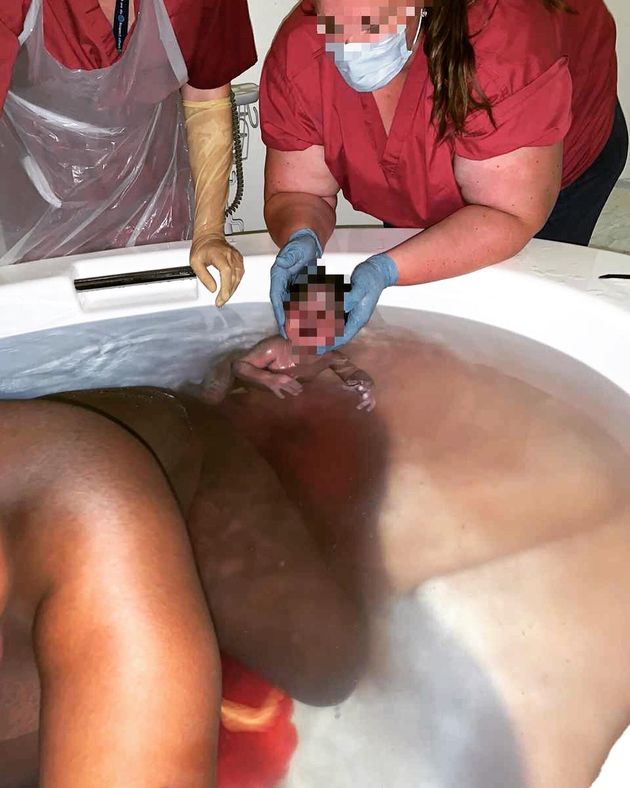 When my daughter came out, I was exhausted. I felt like I was having an out of body experience, I was so tired, I felt like I couldn’t push. But I knew I had to get her out and make sure she was healthy. I gave birth on my knees and she came out behind me. They told me to turn around and look at her. I was so scared, though! I couldn’t turn around. I told them I was scared. But then my partner faced me and told me to look down at our daughter. So I did.

It was amazing, it was surreal. I went into shock and I couldn’t speak for a few minutes. But it was one of the most beautiful experiences.

Definitely do your research and know what you’re entitled to during your birth. I got my decision turned around about giving birth in the birthing centre. So know your rights, and speak out.