I Just Moved To California. It’s Like I’ve Arrived Into The Apocalypse - Rugby and Daventry Radio Station Midlands UK 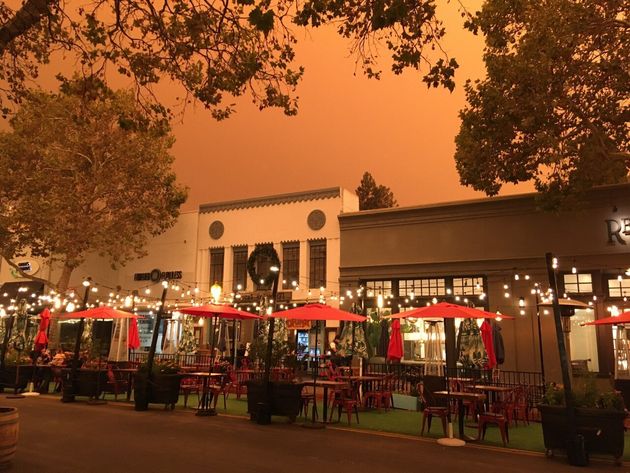 “Wow, what a time to arrive,” chuckled the 7-Eleven shop assistant as he looked out of the store windows to the semi-darkness outside. We smiled ruefully in response. It was 2pm.

Moving continents in the midst of a pandemic has not been without its challenges, so when we touched down in San Francisco last Tuesday it already felt like we’d done the hard yards.

That evening we arrived in Palo Alto in preparation for my wife’s new job at Stanford University. Predictably, I woke prematurely the following morning due to jet lag. Looking through the slats in the blinds of our Airbnb, the sky had an unmistakable orange hue. I assumed it must be sunrise and privately congratulated myself for having the good fortune to witness such a delightful Californian welcome.

But as I lay there over the next 30 minutes, the light didn’t alter. I looked at my phone and was disconcerted to see the weather forecast wasn’t predicting sunshine, but smoke. I didn’t even know that was a setting. During the hours that followed, rather than getting lighter, the sky turned redder and darker. By the afternoon, California’s wildfires had caused the sky to resemble the angry, dying light of a distant sunset.

While we were taken aback by the colour of the sky, we assumed that this had perhaps been a common side effect of the fires that had featured in the news bulletins of recent weeks. We didn’t want to reinforce the British stereotype of always talking about the weather the first day we got there, so instead deployed another and adopted a stiff upper lip. 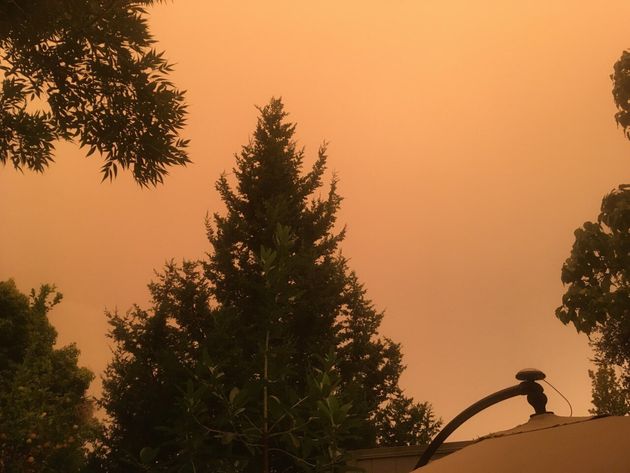 However, as we walked into town it was clear this was unusual by anyone’s standards. The main street has been temporarily pedestrianised to allow restaurants to arrange tables – all two metres apart of course – on the road so businesses can operate outdoors while indoor dining is prohibited. Few people were tempted by the prospect of al fresco dining though. It was hard to blame them; the epicentre of Silicon Valley suddenly looked like it belonged in an episode of Black Mirror.

It’s safe to say this wasn’t how we had pictured our first day. It was both sad and unsettling to see our new hometown, which evidently had so much going for it, almost devoid of life under an ominous, otherworldly sky that was in equal parts compelling and intimidating.

The drama of Wednesday’s radiant sky hasn’t been replicated since, but the air quality has worsened considerably. As the San Francisco Bay Area is surrounded by forest fires, it’s afflicted by the smoke regardless of which way the wind blows and, on Friday, California had the poorest air quality of anywhere in the world.

Health warnings were issued advising residents to “stay inside, keep windows and doors closed, and keep your indoor air purified.” Some office workers received free respirators from their employers while a staff member at Stanford University used the institution’s online forum to enquire about the “best ways to remove hot ash from outside work surfaces”.

As new arrivals, we were ill-prepared for the smoke’s detrimental health effects and have neither respirators nor indoor air purifiers. Without them it’s impossible to avoid the harmful particles that irritate your airways.

The fires in California are the worst on record. In total six of the largest 20 blazes ever recorded in the state are currently raging and, with several weeks of the wildfire season remaining, three million acres of forestry have already been destroyed.

The previous record was 1.8million acres, which burned during the devastating wildfires of 2018. During those months, many residents bought respirators to cope with the poor air quality and so are better equipped to deal with the pollutants in the air this time around. As new arrivals, we were ill-prepared for the smoke’s detrimental health effects and have neither respirators nor indoor air purifiers. Without them it’s impossible to avoid the harmful particles that irritate your airways. Upon our return from brief trips outside for food, our throats feel sore, so it’s disconcerting to reflect that the air quality is probably not much better in the small converted garage that we now call home.

Putting aside the elephant in the room of the glowing orange sky above, the other observation we made on Tuesday was that everyone in Palo Alto wears masks – even to walk along the street. This is because, back in May, Palo Alto city council issued an emergency order requiring all members of the public to wear face coverings outside their home. This strong stance was in stark contrast to the numerous government U-turns back home.

Before we arrived we’d read that California had the highest number of Covid-19 infections of any state in the US. We had also seen coverage of the vehement protests in the country opposing the lockdown restrictions. So we anticipated there would be some fairly liberal interpretations of the rules. Yet it has been quite the opposite.

We’re keen to meet our neighbours properly, but they have a one-month-old baby and are understandably cautious given the maelstrom around us. As a result of the pandemic and the wildfires, we can neither meet our prospective friends inside nor out, so for now, we merely wave at each other from the window.

Settling in a new country is never easy, and the unique circumstances have added additional challenges. Though it has bought us time to overcome the jet lag, it feels strange to move to a faraway land with so much to offer, and have to sit inside as the Golden State burns around us.

Number Of People On Unemployment Benefits In UK Soars To 2.7 Million