He may be a superhero, but even Wolverine has embarrassing home videos.

During a recent interview on The Tonight Show, Jimmy Fallon broke out some of Hugh Jackman’s old photos and videos, which included footage of his original audition for the part of Wolverine.

“A little more magician than Wolverine,” Hugh joked after seeing one particular gesture from his tape.

Check it out for yourself in the video above, from around the 7:30 mark. 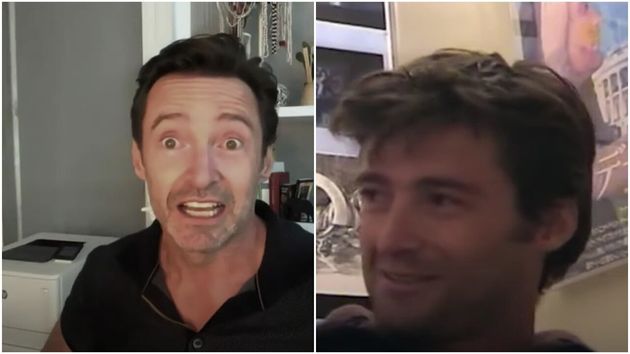 Hugh debuted as the character in X-Men two decades ago, back when Marvel Studios President Kevin Feige was an assistant who drove him to dinner and the airport.

But he vividly remembered the story of what he called his Hail Mary 1999 audition.

Hugh said the whole thing lasted about 20 seconds and he was “pretty sure” he wasn’t going to get the part.

The highlight, however, is Hugh’s reaction to the audition video. The clip is old enough to be buried deep in the Wolverine archives, but this little cringe is forever.