How To Get Up And Exercise Outdoors, Even If It's Cold, Dark And Wet - Rugby and Daventry Radio Station Midlands UK 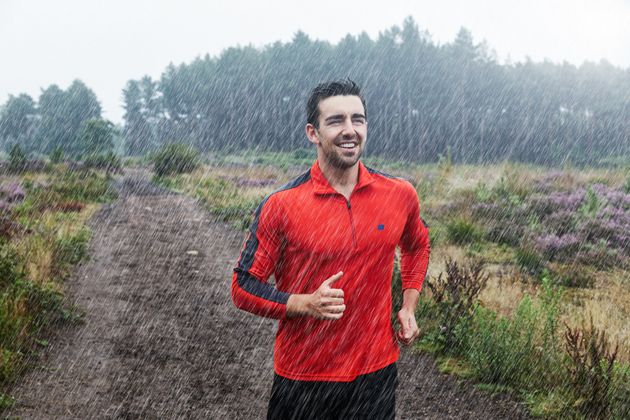 It’s cold, it’s dark and the weather app constantly warns there’s a chance of rain. Finding the motivation to exercise outdoors in autumn and winter is tough – but this year it’s needed more than ever.

The government has advised gyms in some regions of England to close under the new three-tier system, while gyms in Scotland and Northern Ireland have been banned from hosting group classes, under their individual “circuit breaker” plans. Welsh gyms are open as usual for now, but there’s nothing to say that won’t change.

Even in areas where classes are running, with Covid-19 cases rising, many people may feel hesitant about huffing and puffing indoors right now. Yet we’re equally aware of the need to keep our bodies and minds healthy.

The solution? It’s time to embrace the season – and continue running, walking, even swimming come rain or shine. To help, we asked veteran outdoor exercisers for their top tips for fair-weather fitness fans.

Amy Heather, from London, was among of a number HuffPost readers to say that the best way to start exercising outdoors is not to think about it.

“Honestly, it’s just mindlessly doing it; drag self out of bed, throw on warm clothes, run down the road for half an hour – don’t even think about it and by the time you realise you’re not having a good time, it’s done,” she says.

2. Get the right playlist

Take some time to prepare a running playlist – and it doesn’t need to be music. Newsnight presenter Emily Maitlis recommends trying a podcast. “Your body will tolerate anything if your mind is busy. That’s true for me anyway,” she says.

Meanwhile Panna Muqit, based in Newport-on-Tay, enjoys the guided running sessions on the Nike Running App, while Charlie Pears-Wallace, from Newcastle upon Tyne, opts for some classic Destiny’s Child. 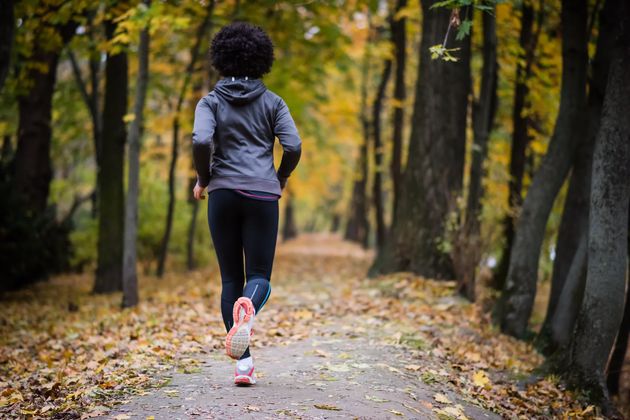 3. Invest in some decent gear

Alexia Barrable, from St Andrews, says “merino wool undergarments are awesome” on chilly days. Georgia Irving, from Manchester, says thicker winter running leggings and tops also help. “I wear a hat and gloves to keep the extremities warm too,” she adds. “I cannot run in the cold without these items of clothing.” Plenty of people also swear by Uniqlo’s affordable HeatTech range.

4. Prepare the day before

If you’re planning to exercise in the morning, be sure to prep in advance, advises Jo Moseley, from Yorkshire.

“I swim at the pool before work and laying my swimsuit next to my bed, packing my bag with work clothes and prepping my breakfast/snacks/lunch so I’m good to go really helps that tiny moment when I’m not sure,” she says.

Dr Josie Perry, a London-based sport psychologist, tells her clients to “promise themselves they only have to do 10 minutes”.

“That is good enough to get out the door – and once out we tend to stay out,” she adds. “What’s also super important is having a goal that matters to you. Then you actively want to get out there so you can work towards achieving it.” 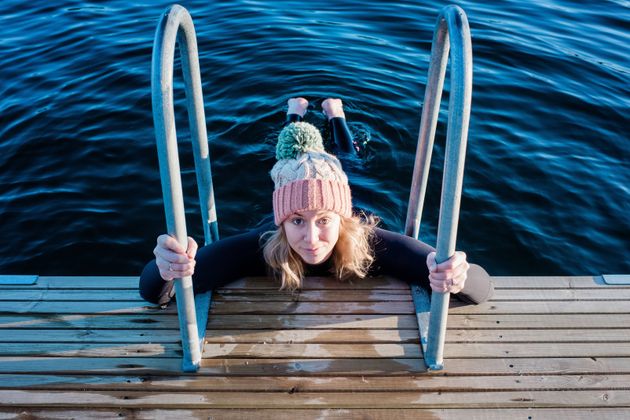 6. Ease into the exercise

You don’t need to go from 0-100mph when you exercise. Andrew White, who’s based in Doncaster, recommends slowing things down and going for a relaxing walk if you can’t muster a run.

Anthony Mayatt, a London-based personal trainer, adds: “Don’t underestimate the importance of a good warm up to get the joints loose and muscles ready for the cold weather.”

A number of readers recommend finding a friend to workout with, so you can’t be tempted to cancel your plans.

And Dolores Andrew, from Galway, Ireland, jokes that if all else fails, get a dog who “goes crazy and eats the couch” without regular exercise.

Gemma Thompson, who’s based in London, tries to remember how good she’ll  feel when the endorphins kick in. “The swim works wonders for my mental health and energy levels,” she says.

“And the rest of the day seems to go smoother.”

Rugby and Daventry Radio Station Midlands UK > News > National And International News > Huffpost > How To Get Up And Exercise Outdoors, Even If It’s Cold, Dark And Wet