The long-awaited NHS coronavirus app is here, designed to track the virus and  slow the spread of transmissions.

The rollout across England and Wales follows months of delay and questions about the app’s effectiveness in the face of mixed results from other countries, which have already deployed such apps.

However, Matt Hancock still insists the app represents “an important step forward” in our fight against the “invisible killer”.

NHS Test and Trace, which is responsible for the service, said the app was used to send alerts to users during a trial period on the Isle of Wight and in the London borough of Newham, after people had tested positive.

The latest version was piloted among residents of both areas as well as NHS volunteers from mid-August, after the first app was marred by technical issues and eventually scrapped.

Thinking of downloading the app? Here’s what you need to know. 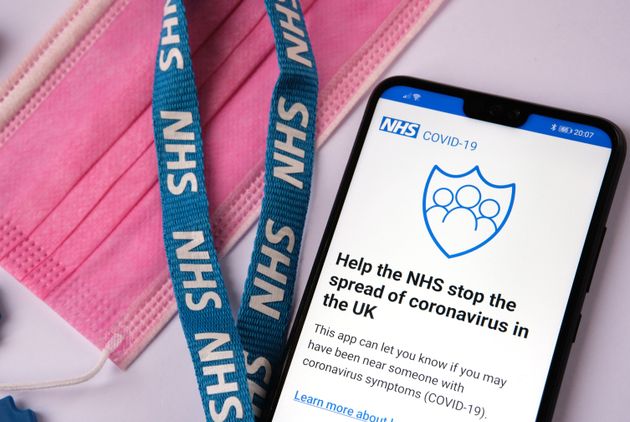 How does the app work?

The app is designed to trace how the virus is spreading from person to person – and stop it in its tracks.

It works by using Bluetooth signals to track who an individual comes into contact with on a daily basis. When two phones with Bluetooth enabled come into close contact, this is logged by the app.

The app allows users to report symptoms, meaning those they’ve been in close contact with will also be notified. You’ll also receive risk alerts for your postcode.

The app also has other functions, such as QR check-in that you can use at entertainment and leisure facilities such as pubs and restaurants. If an outbreak is linked to that location, you’ll be notified.

No, using the software is totally voluntary, meaning its success will also depend heavily on how many people choose to download and use it.

An advertising campaign to promote the app will appear on television this evening, with the strapl-ine, “Protect your loved ones. Get the app”.

Okay, but will it drain my data allowance?

Thankfully not. The UK’s major network operators, including Vodafone, Three, EE and O2, giffgaff, Tesco Mobile, Sky Mobile and Virgin Mobile have agreed to “zero-rate” data charges incurred by all in-app activity, meaning they will not be charged for using it and it won’t come out of your internet allowance.

In that case, what’s the downside?

Trial data for the app suggests it sometimes gives “false positive” alerts, and Chris Smyth, Whitehall editor for The Times, claims as many as one in three  people may be told to isolate unnecessarily.

Developers of the app also emphasise that its effectiveness will be determined by how many people sign up and preliminary research suggests we need at least seven million people to get on board to make any potential difference.

Back in April, the Ada Lovelace Institute also warned that there is little evidence that tracking apps can help in a pandemic – this is new, experimental ground.

There’s also been widespread concerns about data collection in relation to the app. Following the Isle of Wight trial, Amnesty International UK director Kate Allen said: “We’re extremely concerned the government may be planning to route private data through a central database, opening the door to pervasive state surveillance and privacy infringement, with potentially discriminatory effects.”

However, the government insists the latest iteration of the app “has been designed to use as little personal data and information as possible”.

“All the data that could directly identify you is held on your phone, is not stored centrally and is not shared anywhere else,” a statement on the government’s site reads. “Any data that is provided from the phone will always be anonymised or aggregated, to prevent us and anyone else from identifying you or others.”

If you do decide to use the app, here are the steps you need to follow:

Users will be met with details about what the app does and a privacy notice first. The app will then ask for permission to use Bluetooth to carry out automatic contact tracing, as well as the ability to receive notifications, should someone you have been near report symptoms or have a positive test returned. Prompts will appear on-screen asking people to allow the app to access these features.

Next, you will need to provide the first part of your postcode, which is used to show the risk level in your local area.

The main screen will pulse green to show that the app is active. Along the top you can see the risk level in your local area. Below there are a series of options to choose from, including venue check-in and report symptoms.

– Venue check-in
This lets people scan a QR code rather than manually providing contact tracing details. Elsewhere, users can tap ‘About’ at the top of the main screen to see a list of the places they have checked in. There is also the option to delete all data here.

– Report symptoms
Here people can tap the symptoms they have and indicate when these started appearing. It will then advise you to isolate and a countdown will commence based on the date provided.

A button at the bottom directs people to the government website where they can then book a test. The results will be sent in the usual way via email or text message, but also within the app.

After doing this, the green pulsing on the home screen of the app will change to red and show you how many days of isolation you have left.