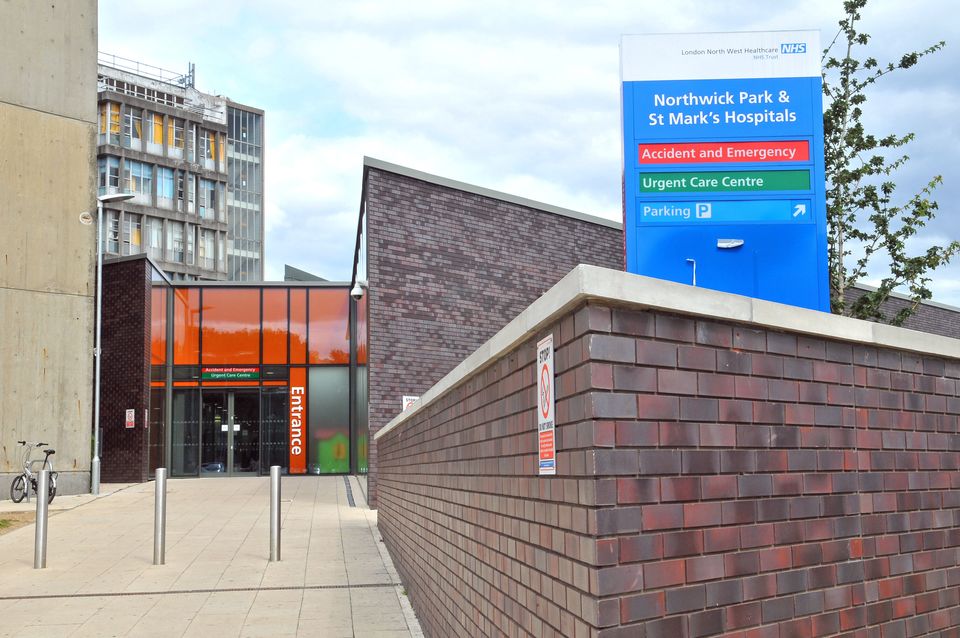 “We were the first – and arguably hardest – hit hospital in the first wave.”

When coronavirus first gripped the UK back in the spring, it was Northwick Park Hospital in north-west London that found itself at the centre of the crisis – and completely battered by its force.

“The virus hit us like a tidal wave,” said John Ross, a nurse consultant in the hospital’s A&E.

“People were terrified of getting sick or getting their families sick and we just didn’t know a lot about the virus at all,” Ross said. “This time, we know a lot more about it.”

Like hospitals across the country, Northwick Park has spent the summer and early autumn months – which saw a temporary lull in coronavirus cases – preparing for a second wave of the virus that has already killed more than 42,000 people in the UK.

“The first time round, it hit us like a tidal wave and we were doing things as we were going along,” Ross explained. “We were having meetings every day and we were problem-solving. Every problem that came up was new and we had to find a solution for it.

This is apparent from the moment you enter the hospital as a patient – over the past two months, there have been huge structural changes to the A&E department. 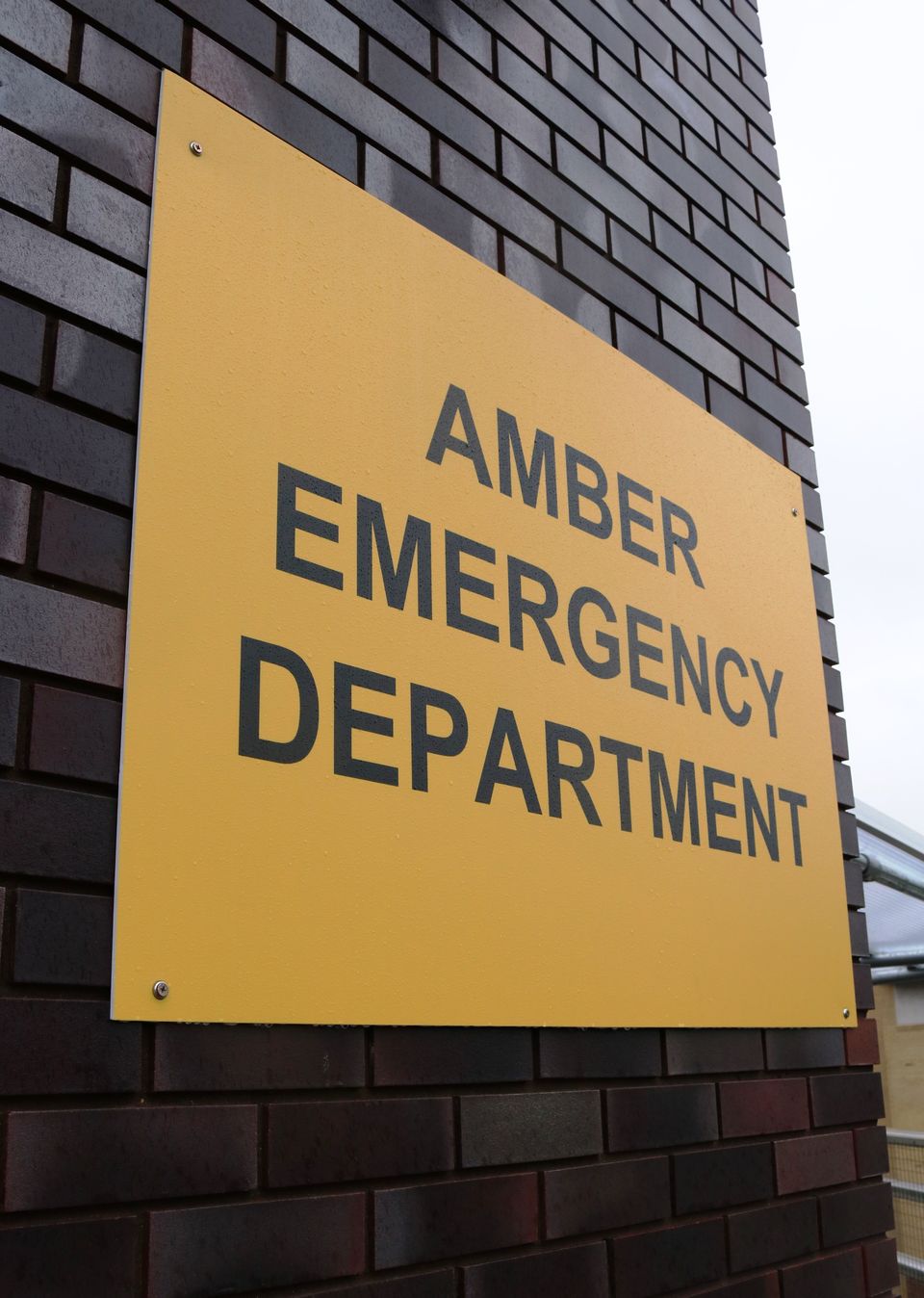 “So if you come to A&E with a broken leg, you should never come across a patient who is symptomatic with Covid because we have put new walls up, new doors up, new one-way systems up.”

He added: “We are very segregated. Our staff members don’t mix areas. So if you’re assigned to a non-Covid area for the day, you stay in that area for the day and vice-versa.”

There has also been a different sort of division taking place.

Northwick Park has risk-assessed staff to find out who – due to factors that make them high-risk – should not be on the front line in the battle against the infection, explained medical director Martin Kuper.

“We are working through exactly which staff we would mobilise into different areas if there was a full blown second wave,” he said.

During the first wave of the pandemic, hundreds of NHS staff died after being infected with the virus. It has since been recognised that BAME people, and those with underlying health conditions, are at higher risk of catching – and dying from – coronavirus.

And big changes have been underway when it comes to Northwick Park’s critical care provision, which has been “significantly” expanded.

“[This is] both in terms of what we have available as a baseline and the areas we would use if necessary if the numbers were to increase again significantly,” Kuper said. “We have had a lot more time to plan exactly where we would site critical care.” 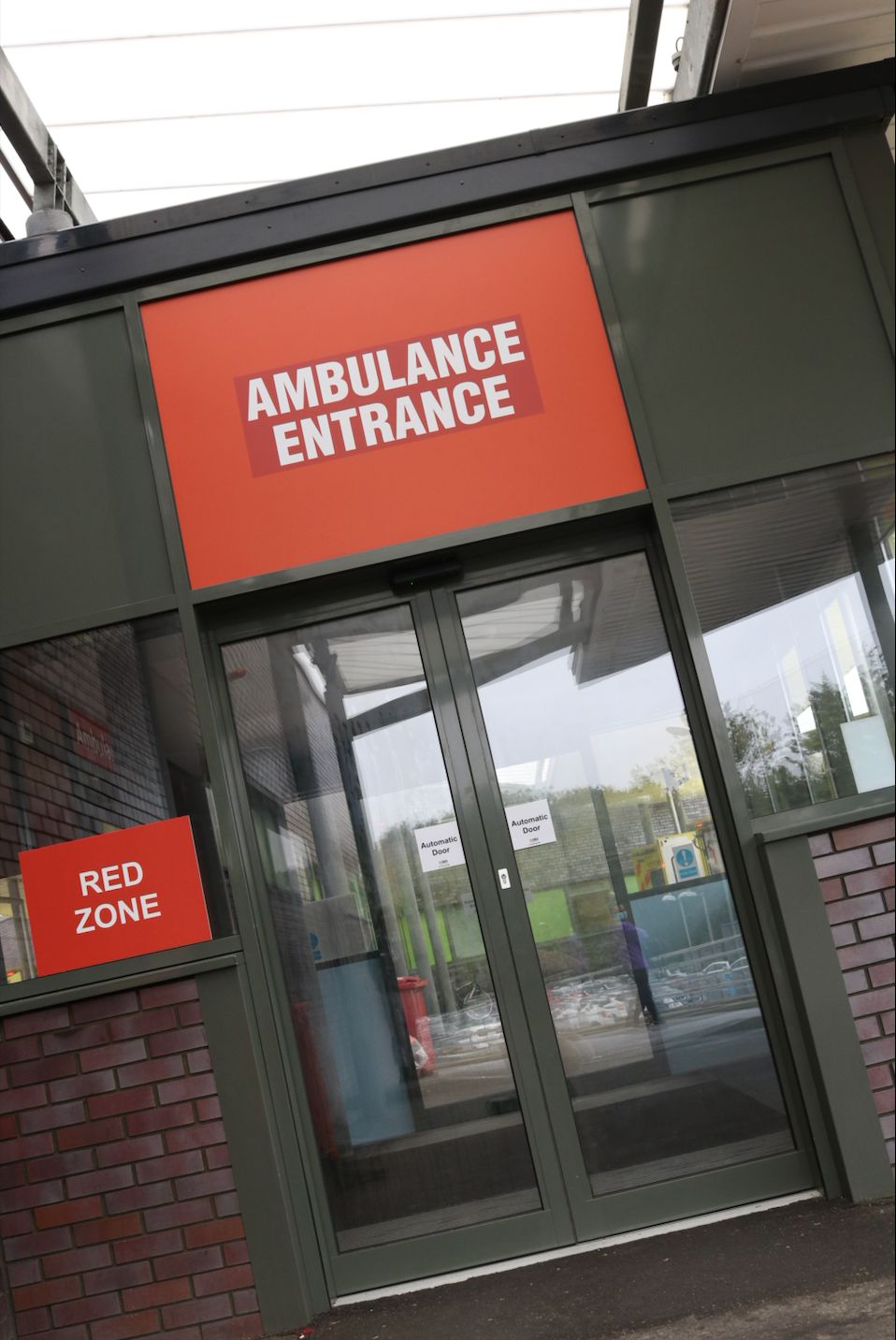 The influx of coronavirus patients to Northwick Park was so overwhelming that, on March 19 – four days before Boris Johnson put the UK into lockdown – the hospital was forced to declare a critical incident.

By mid-April, 48 patients at Northwick Park and its sister hospital, Ealing, were on mechanical ventilation with Covid.

Despite soaring recent infection numbers, that figure at least remains much lower than it was – so far. Latest figures show two patients on mechanical ventilation in the hospitals. 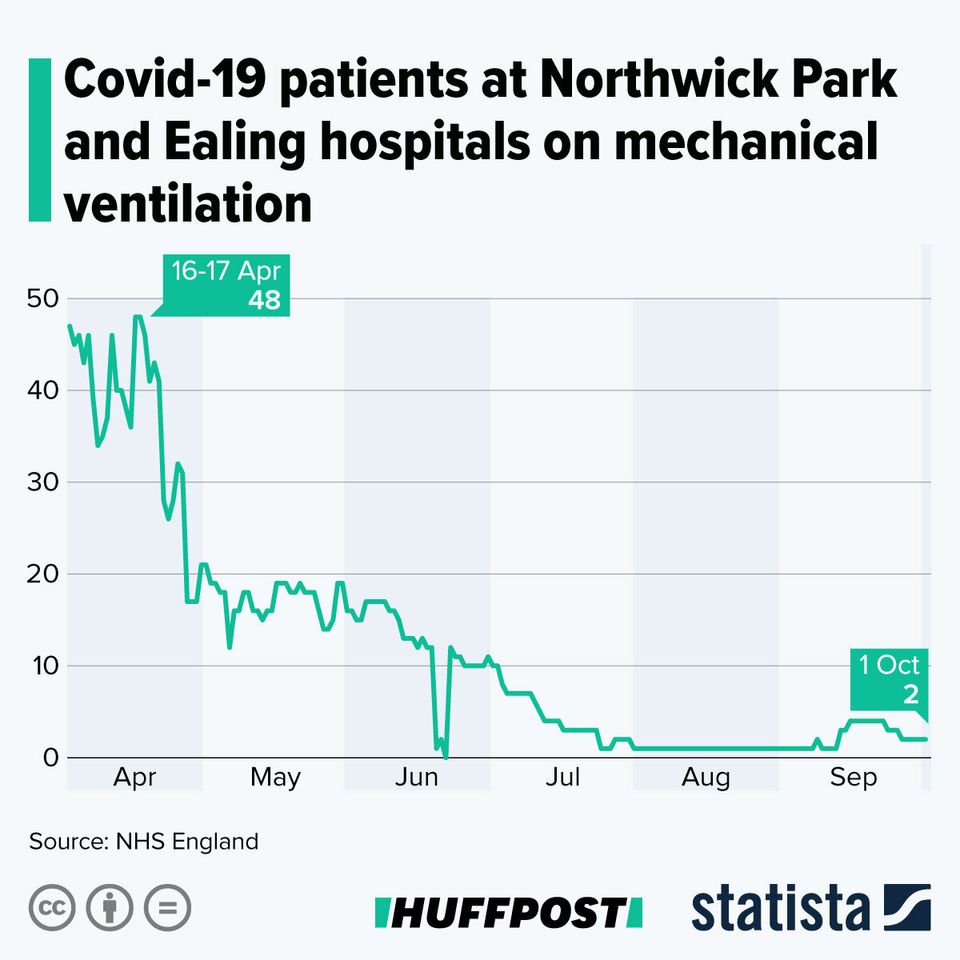 Meanwhile, Northwick Park “has more than doubled” its critical care equipment compared to the stock it had at the start of the first wave, he added.

For Kuper, it feels as if Northwick Park – and the NHS in general – is better primed for a second wave of coronavirus infections than it was back in March.

“We have had more forewarning of this and we are better prepared,” he said.

“It’s also worth saying that our management of Covid has improved – lots of research has been done. For instance, we now know that steroids, which are relatively cheap, do help.

“So I think we will be in a better position to hopefully reduce some of the severity of illness we saw last time.”

But not every preparation for a second wave has been a physical or medical one, explained deputy chief nurse Helen Hardy.

At the “harrowing” height of the first surge in Covid-19 cases, there was a focus on staff debriefing with one another and sharing their worries, she said.

This is something leaders want to hold onto as the hospital faces the possibility of cases soaring once more.

“As we move into the second wave, people are still quite anxious and worried,” Hardy said.

“It’s about reminding them about how far we have come and all the things we now know and can put in place.”

But for certain members of staff who were hit hardest by the first wave of coronavirus, preparations for working this winter look very different from those of their colleagues. 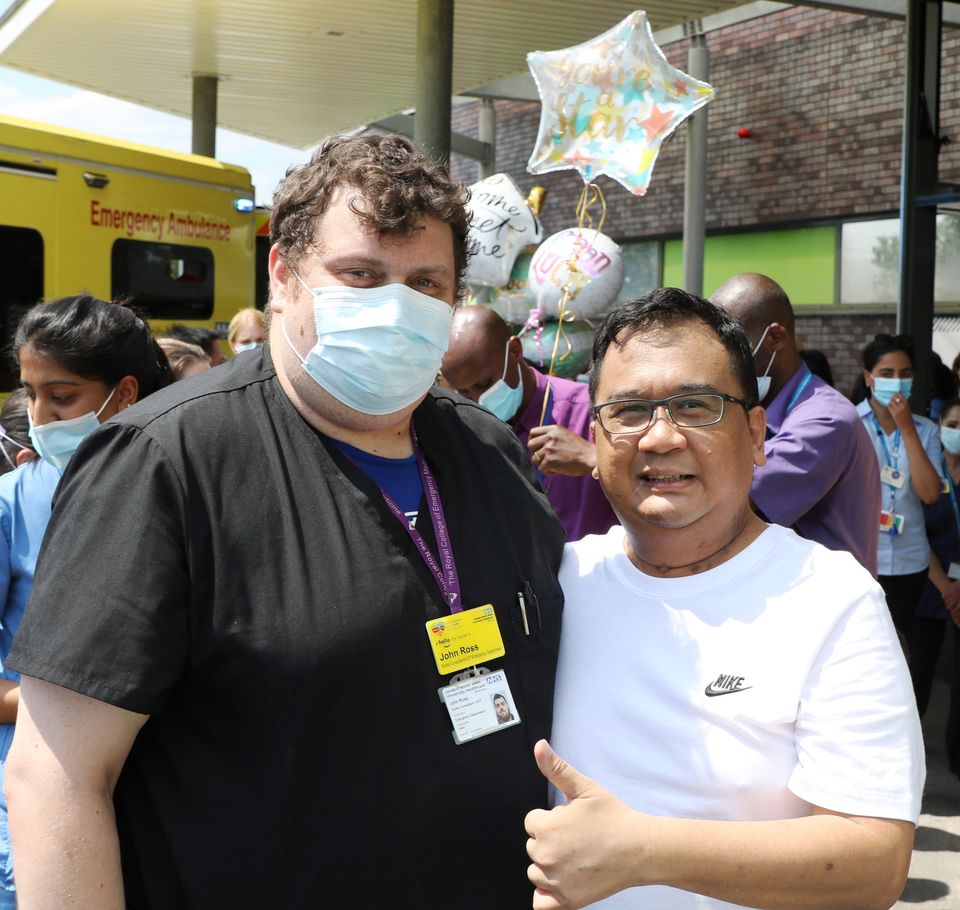 Franco Palo, a senior charge nurse at the hospital, was diagnosed with Covid-19 in April – and is still battling to recover from the virus that left him fighting for his life in the intensive care unit, and get back to the job he loves.

After being rushed to Northwick Park Hospital and intubated by his colleagues, Palo was unconscious for five weeks.

He remembers nothing about being transferred to the Royal Brompton Hospital, where he was attached to one of the UK’s five specialist ECMO machines in a bid to keep him alive.

After weeks of the machine oxygenating his blood for him, he was transported back to Northwick Park, where he has worked for almost two decades.

It was there he finally woke up – still attached to dozens of tubes and wires. “It was a blessing to wake up,” Palo said.

It was another two weeks before he was well enough to leave the ICU – and another fortnight on top of that before he was eventually allowed to go home to his family.

But months after his emotional departure from the hospital, Palo is still recovering from the battering Covid-19 gave his body – and working towards being well enough to get back to work and support the NHS in its hour of need.

Walking is hard, though he can now do a mile unaided. “I’m trying really hard not to use my stick,” Palo said. “I’m still wobbly, so if I’m on a long walk I need someone to accompany me.”

His consultant is also trying to avoid putting him on dialysis after coronavirus “kicked my kidneys very hard”. “I’m on lots of medication and there are lots of things I can’t eat,” he said.

“But the problem is the risk – my consultant and my GP agree that I should take a few months off work for now until they are really happy I can manage myself.”

He believes that he will be back in the hospital in uniform my December – though he admits he’s unlikely to be able to return to frontline duties.

For John Ross, the knowledge that NHS staff now have about coronavirus – including staff like Palo who have felt the effects of the pandemic first-hand – is a double-edged sword.

“The first time, the biggest thing was the unknown,” he said.

“This time, we know a lot more about it. People have been through it once before, so that gives them a degree of assurance that they can do it again and they know what they’re doing.

“The other side of that coin is – we have done it before and it was a Herculean effort. It was the biggest challenge of our careers. The thought of us doing that again and it potentially being worse is obviously very daunting. So knowing it has already happened is good and bad.”