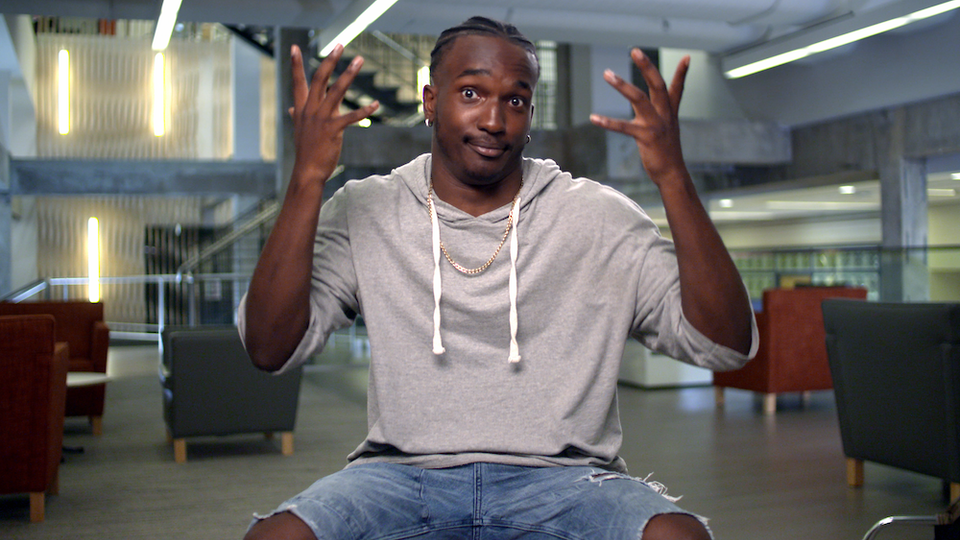 New to Netflix is Deaf U, the reality series focusing on the lives of a group of deaf people at Gallaudet University, a private college for the deaf and hard of hearing in Washington, DC in the US.

“As the group of friends navigate the high, lows, and hookups of college life together, their stories offer an unprecedented, unfiltered, and often unexpected look inside the Deaf community,” the show blurb states – however members of the deaf community feel the show isn’t an accurate depiction of the deaf experience and fails on diversity.

“I think they absolutely should’ve cast a Black deaf woman, they are a highly marginalised group within our deaf community and should’ve had some involvement,” says Meredith Peruzzi, director of the National Deaf Life Museum at Gallaudet, from where she also graduated in 2011.

Other prominent figures from the deaf community agree the show doesn’t feel inclusive. Jade Ryan, an activist and founder of the #DeafTalent movement, refused to watch the show on moral grounds because of the lack of diversity behind the cameras. 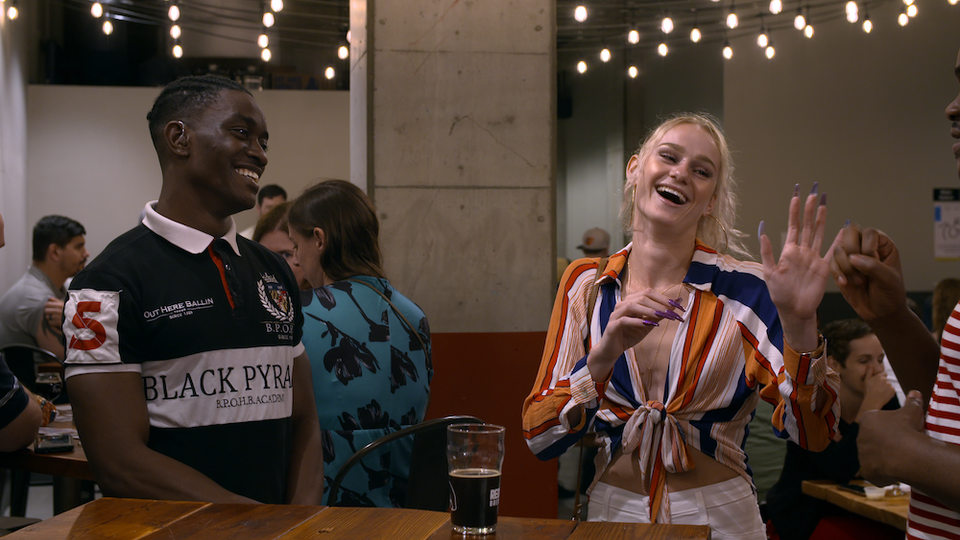 “I have stopped watching films/TV shows produced by hearing creators if there are no deaf writers of colour on their team,” she says. “They are not the experts on telling our stories. Hire deaf writers and listen to them. They are the experts!”

Abigail Gorman, a trustee for the Royal Association for Deaf People and a member of the Human Rights Expert Group for the World Federation of the Deaf, agrees that diversity is lacking in the displays of deafness and deaf communication on screen.

“What I liked about the series was that that there was a variety of characters with different experiences that everyone could relate to, whether it be about their childhood or deaf identity,” she says. “However, it should also be acknowledged that although sign language does plays a vital role in creating our world view, it is neither the total nor sole determinant.

A combination of “historical knowledge, learned experiences and cultural influence” form the make up of any deaf person, she says, the same as any hearing person. But she feels Deaf U fails to present the cast as rounded individuals, instead giving the impression they are defined by their disability. 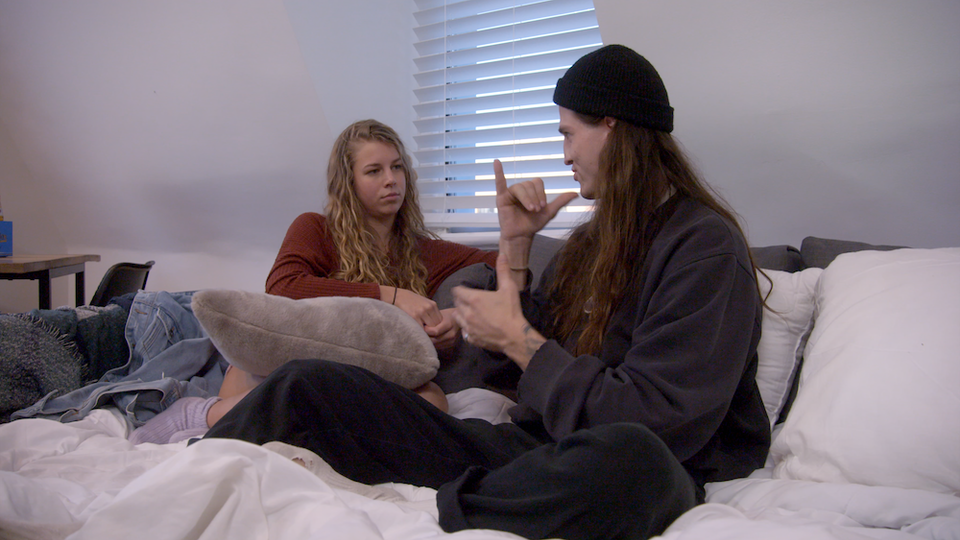 “We use sign language to communicate with each other,” says Gorman, “but the deaf community are more than sign language, they have intersectional identities which should’ve been featured in the series.” Of course, deaf people are also queer, Black, brown, funny, severe, light-hearted and intense, their disability only one faction of their identities.

What’s worse, she adds, is how the show’s approach to being inclusive is by highlighting a range of deaf and partial-hearing experiences rather than platforming actual diversity. “If there was a cast of five straight white males who had different levels of deaf and partial hearings, would that still be diverse? Of course not, but that’s the reasoning they’ve used to select their cast.”

It isn’t only people who work in deafness and accessibility who have raised concerns about the show – viewers from the deaf community also shared their thoughts about the show with HuffPost UK.

Hollie Myles, a deaf student studying film at UAL, thinks Deaf U feels elitist in its portrayal of deaf people. “What really disappointed me was the apparent gatekeeping of the deaf community by the ‘elites’ who come from generational deaf families,” she says. 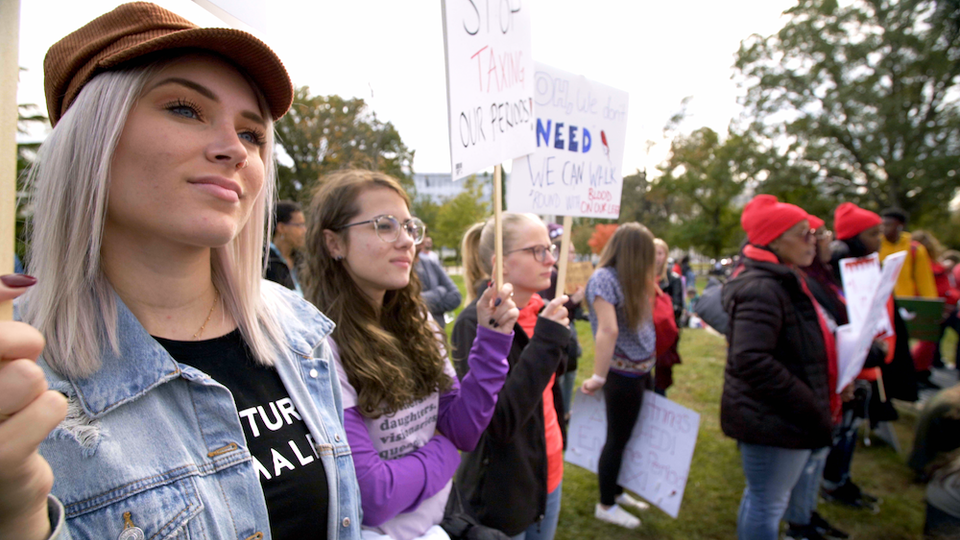 “They speak negatively about deaf and hard of hearing people who use speech as well as sign language and those who have hearing aids and cochlear implants. I went to mainstream school, I use hearing aids and I don’t sign and all of this reinforced my feelings of not being deaf enough to fit in with the deaf community.”

Some traditionalists believe using sign language and hearing aids is a sign that “you’re not proud of being deaf,” Hollie says – a standpoint she feels is prevalent within the show.

David Grant, a viewer from Melbourne, Australia, thinks the show is sensational, focusing on the students’ party lifestyle rather than exploring deeper issues or showing what life at university is actually like. “How did they communicate with hearing people from the outside world? How did they study in their bedrooms and dorms?” he asks.

James Boyle, a London-based actor, appreciates the potential value of the deaf community being platformed on Netflix, but also feels the show has the wrong focus. “The deaf community itself is already a very misunderstood and oppressed minority,” he says. “This could’ve been an opportunity to educate the world about the deaf world/community in more of a diplomatic way.”

I’d like to congratulate the cast for putting themselves out there… It cannot have been easy for them to do that.Abigail Gorman, trustee for the Royal Association for Deaf People

In among the slating, there are positive reviews. Emmanuel Perrodin-Njoku, a Twitter user from Washington DC, thinks the show falls short on diversity – “women of colour, DeafDisabled, and more LGBTQ members in particular” – but believes its tackles serious themes well.

“I also appreciate and respect the cast so much for sharing their personal experiences with mental health, abortion, and traumatic events from their past – I feel like it really showed and reminded us viewers that they’re real people and not merely actors following a script,” he says.

Despite their criticisms, many detractors have praised the deaf students for taking part, saying the braveness of their involvement hasn’t gone unnoticed and will contribute to a greater understanding of deaf people.

“I’d like to congratulate the cast for putting themselves out there,” says Gorman. “It cannot have been easy for them to do that.”

“We need more deaf actors, writers, directors and talent appearing on mainstream television and films,” says James Boyle. “I have to give it to all the cast members who are a part of the show – they are incredibly brave for putting themselves out there on Deaf U.”