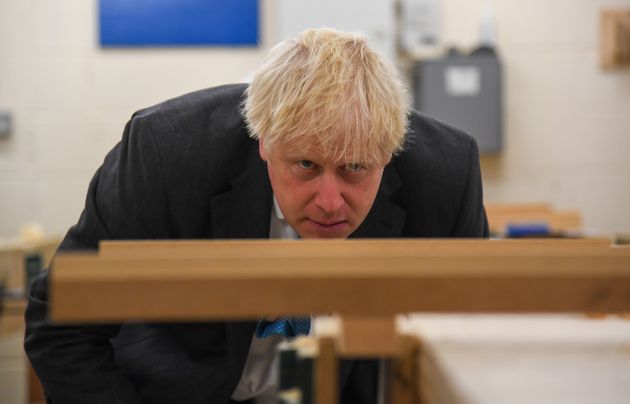 In the 1970s, there was a spoof American soap opera called Soap which began with a brief summary of its complex plot, followed by the narrator’s line: “Confused? You won’t be after this week’s episode…” After Boris Johnson’s car-crash attempt to explain lockdown regulations in the north east on Tuesday, it seems his own communications strategy is now bordering on low farce too.

It’s to be hoped that the PM’s press conference alongside Chris Whitty and Patrick Vallance on Wednesday will be much clearer than the baffling, bumbling performance the poor public had to endure today. The fact that he had to put out a tweet correcting himself (it’s illegal to mix households in any indoor setting in the north east, and advisable to avoid mixing even outdoors) said it all.

There was even a phenomenon rarer than hen’s teeth, an actual Johnson apology, though only for misspeaking rather than any policy error. But that hint of regret was in fact nowhere near as strong as the PM’s overall bullish approach to the local lockdowns. They were for the good of those involved, and that was it.

There was a similar note of defiance too in his skills speech today, as he went out of his way not once but twice to stress that his planning reforms were essential to getting more affordable homes for families. One Tory backbencher said to me recently that the rebellion over the planning changes would be “miles bigger” than either the Covid revolt or the unease over breaking international law.

But although the PM is authorising concessions on both Covid accountability and the Internal Markets Bill, neither really means giving up real power. The Neill amendment melted in the face of government flattery and so too may the coronavirus rebellion (no one is really changing the fundamentals of the 1984 Public Health Act’s draconian powers).

Similarly, while there may at some point be some small tweaks to his planning reforms, it seemed today that this was a PM who has made his mind up and wants to just get on with it. That Dominic Cummings is a big backer of the housing development drive to end Nimbyism is not a coincidence. And while Johnson doesn’t share Cummings’ dripping contempt for Tory backbenchers, some may think he’s hoodwinking them nevertheless.

And on Covid more generally, it seems that Johnson is sticking to his strategy (stubbornly his critics will say, doggedly his admirers will say) of avoiding a second national lockdown. Today’s big jump in the number of cases of Covid in the UK will worry many that Whitty and Vallance’s projections are coming true, but figures for hospitalisations and deaths are what seem to really be the PM’s focus.

And on both, his supporters think there are glimmers of good news, with both either rising slowly or plateauing in recent days. While some measures don’t appear to have prevented big case rises in certain areas already in lockdown, the low hospitalisations and deaths are at least encouraging.

If they do start ticking upwards, however, the PM will be in very difficult territory. Being gaffetastic about the rules is one thing, looking like you’ve lost control is another entirely. Defiant adherence to a plan could easily curdle into dangerous deafness.

If hospitalisations do indeed spike, he may have to consider not just a national lockdown, not just heavy penalties for those who break the rules, but also something he’s not been willing to envisage so far: a generous, realistic wage subsidy for those forced to self isolate but who can’t currently afford it. Maybe the really bold thing to do would be to get on with that now, without waiting to see if numbers rise or stabilise.

Add in chancellor Rishi Sunak’s own gamble of refusing to come up with a strong furlough replacement, and the growing north-south divide over corona curbs (lots of Tory MPs pointed out they had zero cases in their leafy constituencies today, not a great look even if true) and the next few weeks are going to be quite a risky ride for the PM.