Brexit is very much back on the agenda and it’s all feeling a bit 2019, with Tories rebelling against Boris Johnson and a big parliamentary showdown looming.

This being Brexit, the substance of the row over the Internal Market Bill is also quite complicated.

Here’s everything you need to know.

What is the government doing?

The government’s Internal Market Bill contains a highly controversial section that seeks to give UK ministers, and UK ministers alone, powers to go back on parts of the Brexit withdrawal agreement (WA) Johnson agreed with the EU last year.

The WA triggered the standstill transition period which the UK and EU now find themselves in until December 31, when Brussels rules will largely no longer apply here unless agreed otherwise.

It also dealt with the so-called “divorce bill”, citizens’ rights, and the thorny issue of maintaining an invisible land border between Northern Ireland (in the UK) and the Republic of Ireland (in the EU), as physical frontier posts were a target for attacks during the Troubles.

The WA did this by making Northern Ireland follow EU rules in some areas where the rest of the UK would not, creating the need for some checks between the province and the British mainland (instead of north and south on the island of Ireland).

Despite proclaiming the deal “oven ready” during December’s election, the prime minister now wants to take powers to go back on key sections of the WA and give the UK the ability to decide how key aspects of trade in Northern Ireland work.

Why does Boris Johnson want to go back on his own Brexit deal? 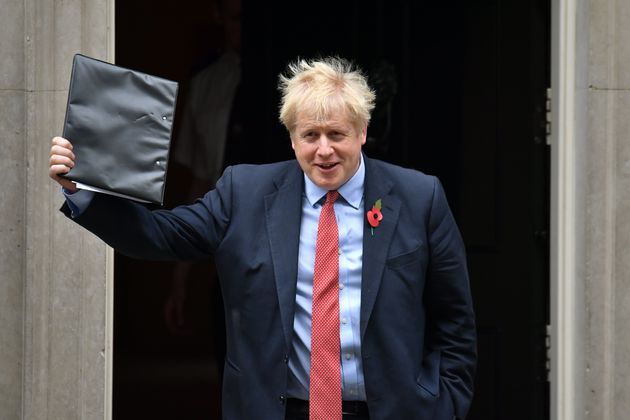 This is where things get complicated, but stay with us.

Downing Street insists the Bill is simply a “safety net” to govern key areas of trade in Northern Ireland if the UK and EU cannot agree how it will work through the so-called joint committee set up by WA.

Talks in the joint committee have been going on all year, led by Michael Gove on the UK side and Maros Sefcovic on the EU side, but they have failed to agree so far.

In the event of those talks failing to reach a conclusion, the UK wants to use the Bill’s powers to decide on its own what constitutes state aid – government subsidies for businesses or industries in Northern Ireland – and therefore must be notified to Brussels.

This Bill also gives ministers powers to disapply the need for exit summary declarations (as required under EU customs code) for goods moving between Northern Ireland and the rest of the UK.

The government has argued it needs to bring in the measures to ensure Northern Ireland is not cut adrift from the rest of the UK. It also fears that the EU could use state aid rules that apply to the province to bind the government’s hands across the whole UK.

But some have questioned whether it could be a negotiating tactic with negotiations on a big overarching trade deal stalled.

And there have also been suggestions that Johnson is trying to correct mistakes he himself made in the rushed negotiations by signing up to the WA without being fully aware of its consequences.

Why are people angry?

It has sparked a Tory backlash and all five of the UK’s living former prime ministers have now sharply criticised the government.

“Yes, this does break international law in a very specific and limited way.”

Northern Ireland Secretary Brandon Lewis says the UK’s plan for possible changes to the Withdrawal Agreement would go against international law but that “there are clear precedents” to do so. pic.twitter.com/9IsJf40jVV

Much of the concern centres around the UK’s global reputation for upholding the rules.

Critics argue that going back on a deal signed just eight  months ago would imperil this reputation, and could damage the economy because the UK is a leader in sectors from accounting to finance to law precisely because it is trusted to follow the rules.

There are also deep concerns that it could undermine the UK’s foreign policy when it is trying to hold aggressive states like Russia, China and Iran accountable to international law.

But does it break the law?

The government’s line has since evolved, with justice secretary Robert Buckland insisting that international law would only be broken if the powers in the Bill, which he described as an “insurance policy”, are actually used by ministers.

According to the Institute for Government even if the powers in the Bill are not used, simply passing the legislation through parliament would breach Article 4 of the WA, which requires the UK to give full legal effect to that deal.

On ministers’ powers, the IfG’s Raphael Hogarth has written: “However, unless the powers were actually used, the UK would not be in breach of the state aid and customs provisions of the Northern Ireland protocol.

“If I see the rule of law being broken in a way that I find unacceptable then of course I will go,” says Justice Secretary Robert Buckland, about the government’s internal market bill which could breach international law#Marrhttps://t.co/Qoevttrfzepic.twitter.com/9vawyPqPmG

How has the EU reacted?

Not well. It has given Johnson an end-of-the month deadline to drop the legislation or face the potential of negotiations on a trade deal collapsing due to the loss of “trust”.

Meanwhile, the rising tensions spilled over into a very public Twitter spat between the UK and EU’s chief negotiators David Frost and Michel Barnier over food imports, although No.10 has blamed Brussels for starting the row.

1/7 I would like to make a few comments and state a few facts, in my capacity as the PM’s negotiator in the current and last autumn’s talks. https://t.co/qJ2hGUf5RM

So is the prime minister going to lose in the Commons?

One Tory told HuffPost UK there were “definitely more than 40 angry” Tories who could join Labour in voting against the government’s wishes, putting the PM at risk of a first Commons defeat since December’s election.

Rebels are coalescing around an amendment proposed by senior Tory and Commons justice committee chair Bob Neill, which would give MPs a veto over powers in the Bill coming into force.

But some hardened opponents of the plans do not even believe that amendment, to be voted on next week, goes far enough.

One Tory predicted as many as 20 to 30 Tories could oppose the Bill outright at second reading, its first Commons stage, on Monday night.

A further 20 could abstain, they suggested, putting the Bill at risk of defeat in its first vote.

But other observers feel many rebels will largely keep their powder dry until next week’s vote on Neill’s amendment, and possibly others.

If the DUP backs the government, as seems likely given that the Bill is designed to ensure Northern Ireland remains closer to the rest of the UK than envisaged in the WA, it will make it harder for the rebels to win.

And don’t rule out a government compromise if the rebellion continues to grow.

Johnson has already been holding talks with unhappy MPs and will address the Commons on Monday in a surprise appearance.

If the carrot doesn’t work, the PM may turn to the stick and make rebelling an offence punishable with sacking from the Conservative Party, as he did with 21 Tories last year.