Herd Immunity Is Back On The Agenda – And Raising Big Questions

Herd Immunity Is Back On The Agenda – And Raising Big Questions

Herd immunity is back on everyone’s radar after a group of scientists signed an open letter expressing “grave concerns about the damaging physical and mental health impacts of the prevailing Covid-19 policies”.

Their letter – named The Great Barrington Declaration, after the US town where it was signed – argues against strict lockdown measures and policies, in favour of letting the virus run its natural course among the young and healthy in society, while still protecting those who are most vulnerable. The ultimate goal is ‘herd immunity’ which is what happens when enough of a population becomes immune to a disease, either because they’ve been vaccinated or because they’ve had the disease, recovered and developed immunity.

“The most compassionate approach that balances the risks and benefits of reaching herd immunity, is to allow those who are at minimal risk of death to live their lives normally to build up immunity to the virus through natural infection, while better protecting those who are at highest risk,” their declaration states.

This approach, which the signatories call “focused protection”, has the support of 2,770 medical and public health scientists; 3,678 medical practitioners and 58,107 members of the public, according to the declaration’s website.

However it does not have the backing of the UK government. A spokesperson for No 10 said: “We have considered the full range of scientific opinion throughout the course of this pandemic and we will continue to do so.

“But what I would also say is that it is not possible to rely on an unproven assumption that it is possible for people who are at lower risk, should they contract the virus, to avoid subsequently transmitting it to those who are at a higher risk and would face a higher risks of ending up in hospital, or worse in an intensive care unit.” 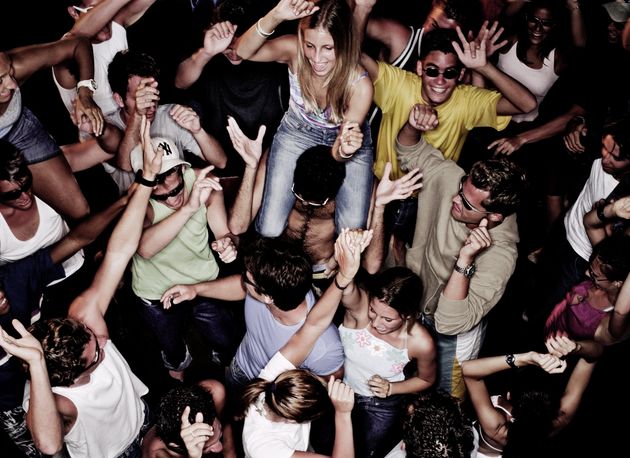 The scientists involved with the declaration say they are motivated by concern that lockdown policies are producing “devastating effects” on short and long-term public health. They cite lower childhood vaccination rates, worsening heart disease outcomes, fewer cancer screenings and deteriorating mental health, and point out that the working class and younger members of society carry the heaviest burden.

The open letter argues that adopting measures to protect the vulnerable should be the central aim of public health responses to Covid-19, while those who are not vulnerable should immediately be allowed to resume life as normal.

However, some experts are pointing to glaring holes in the idea and are worried about the consequences of adopting such an approach. Professor Jeremy Rossman, honorary senior lecturer in virology at the University of Kent, is one of them.

While he acknowledges the actions taken to control Covid-19 have had “significant physical and mental health impacts across the population”, he is concerned the declaration ignores critical aspects that could result in significant impacts to health and lives. Many others are concerned that key issues haven’t been addressed or explained by the declaration – such as: how do we define who is vulnerable? And how do you then keep those people safe without locking them away?

Here are some of the questions we still don’t know the answer to when it comes to herd immunity for Covid-19.

Is herd immunity to Covid-19 even possible?

In short, we don’t know. “Herd immunity relies on lasting immunological protection from coronavirus re-infection; however, we have heard many recent cases of re-infection occurring and some research suggests protective antibody responses may decay rapidly,” Prof Rossmann says.

Some studies have found a steep decline in patients’ antibody levels three months after infection, which isn’t great news for the herd immunity argument. In lieu of the right antibodies, T-cells – a type of white blood cell specialised in recognising virus-infected cells and destroying them – might help us stay immune to the illness for a bit longer. However we need more studies to confirm if this is the case – and how effective they are.

Prof James Naismith, director of the Rosalind Franklin Institute and a professor at the University of Oxford, points out, that don’t even have herd immunity to the common cold, despite many of us having one or more each year. It would be helpful if the scientists backing the declaration could provide estimates of the achievability of herd immunity with “different immune response decays”, he says – that is, timeframes in which Covid immunity dwindles.

Dr Simon Clarke, associate professor of Cellular Microbiology at the University of Reading, suggests that to find out whether herd immunity is possible, “would be to consign a great many more thousands of people to their deaths, and many more would be left suffering from the effects of long Covid, which is even less well understood”.

Mike Ryan, executive director of the World Health Organisation’s health emergencies program, previously said 60-80% of the population would need to be vaccinated or have antibodies to achieve herd immunity. It’s thought less than 8% of people in the UK currently have antibodies that could fight Covid.

Dr Anthony Fauci, director of the National Institute of Allergy and Infectious Disease in the US, previously warned that if America were to try to achieve herd immunity, the death toll would be “enormous”.

What would this mean for young people?

The declaration suggests people who aren’t vulnerable should immediately be allowed to resume life as normal.

“Simple hygiene measures, such as hand washing and staying home when sick should be practiced by everyone to reduce the herd immunity threshold,” it says. “Schools and universities should be open for in-person teaching. Extracurricular activities, such as sports, should be resumed.”

Young low-risk adults should also be able to work normally, it says, rather than from home, and restaurants and other businesses should open. Arts, music, sport and other cultural activities should also resume. “People who are more at risk may participate if they wish, while society as a whole enjoys the protection conferred upon the vulnerable by those who have built up herd immunity.”

It doesn’t mention the growing issue of long Covid, however. As Prof Rossman points out, “many healthy young adults with ‘mild’ Covid-19 infections are experiencing protracted symptoms and long-term disability”.

Professor Tim Spector, the lead researcher of the UK’s Covid Symptom Study app, which has 4 million users, recently said the effects of long Covid could turn out to be a bigger public health problem than excess deaths. So it’s definitely an important factor to take into account.

Long Covid appears to be rare in those under 18 and over 65, with higher prevalence among those of working age, according to a report from the Tony Blair Institute for Global Change. The median age of those affected is 45 years-old, and it affects women more than men.

It’s thought around one in 10 people who had Covid-19 go on to experience long-term symptoms including extreme fatigue, breathlessness and brain fog.

The concern is if we let the virus sweep through those who are least vulnerable – so, those of working age – we risk taking a significant gamble not only on people’s health, but also the economy.

How would protecting the vulnerable work?

Prof Rossman’s ultimate concern is that countries which have avoided lockdown restrictions in favour of personal responsibility and ‘focused protection’ of the elderly, such as Sweden, were not able to protect the vulnerable population. Anders Tegnell, Sweden’s state epidemiologist, recently admitted herd immunity has not materialised, the Wall Street Journal reported.

“While there is clearly a need to support and ease the physical and mental health burdens many are suffering under, the proposed declaration is both unlikely to succeed and puts the long-term health of many at risk,” he says.

The idea of protecting the vulnerable is not new, and is indeed already in place in the UK – for instance, in the case of the flu, where we have a national vaccination programme that gives a vaccine each year to the elderly and vulnerable, and sometimes those around them, too.

With that in mind, a Covid vaccine would be a shortcut to herd immunity, but as it stands we still don’t know if and when a vaccine will be ready. There are some other questions raised too: how do we effectively shield vulnerable populations while leaving younger generations to go about their lives as normal?

The declaration’s website suggests, by example, that nursing homes, should use staff with acquired immunity and perform frequent PCR testing of other staff and all visitors, while staff rotation should be minimised.

“Retired people living at home should have groceries and other essentials delivered to their home,” it also suggests. “When possible, they should meet family members outside rather than inside.”

What are the risks of segregating people?

Segregation might seem a solution, but we know that placing people in extreme isolation has profound effects on people’s mental health. Dr Stephen Griffin, associate professor in the School of Medicine at University of Leeds, says that while the declaration is “clearly a well-intentioned movement”, their suggested approach has “profound ethical, logistical and scientific flaws”.

“Ethically, history has taught us that the notion of segregating society, even perhaps with good initial intentions, usually ends in suffering,” he points out. Logistically, he questions how the most vulnerable would first be identified and and then effectively separated from the rest of society.

Dr Michael Head, a senior research fellow in Global Health at the University of Southampton, warns “it is a very bad idea” and that segregating members of society “would also promote further inequalities across society, for example across the Black, Asian and minority ethnic communities [who are at greater risk from Covid-19]”.

If herd immunity is not a foolproof solution – arguably, even a dangerous one – what is the right approach? Dr Rupert Beale, group leader of the cell biology of infection laboratory at the Francis Crick Institute, says an effective response to the Covid pandemic requires multiple targeted interventions to reduce transmission, to develop better treatments and to protect vulnerable people.

“This declaration prioritises just one aspect of a sensible strategy – protecting the vulnerable – and suggests we can safely build up ‘herd immunity’ in the rest of the population,” says Dr Beale. “This is wishful thinking.”

I’m A Parkinson’s Nurse Living With Parkinson’s. This Is How My Journey Helps My Patients