Has The Pandemic Turned You Into A 'Shouty' Parent? Read This. - Rugby and Daventry Radio Station Midlands UK

Are you a ‘shouty parent’? If you’re anything like me, the honest answer is… sometimes. I try my hardest not to be, but I’ll confess, I do end up shouting up the stairs to get my children’s attention.

It’s mostly when I’ve asked them five or six times to put their shoes on for school, or brush their teeth – or to tell them again that dinner is ready.

I always regret it, and I resolve at the end of every day to be a better parent the next morning. But it’s been harder during the pandemic to keep my cool all the time. Like everybody else, I’m at the end of my tether – particularly after six months of trying to work from home while homeschooling. 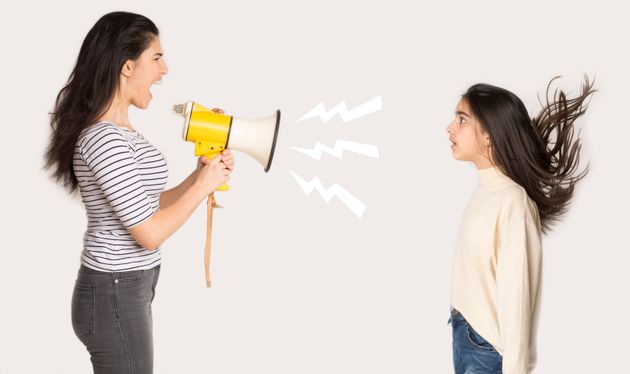 I’m not alone, either. Social media is awash with distraught parents confessing they’ve found themselves losing their temper with their kids (and wishing they hadn’t). It’s also full of people witnessing parents shouting, and feeling bad for both the kids and the grown-ups.

“I wonder if it’s a sign of stress due to the pandemic,” one dad tweeted. “I’ve noticed parents shouting at their kids a lot more when I’m out with mine.”

Norland nanny and maternity nurse, Louenna Hood, who runs Nanny Louenna, tells HuffPost UK being confined to the house for long periods of time with no breaks – as we’ve all experienced during lockdown – definitely makes tensions rise. “When you can’t see an end in sight to something, your anxieties rise and ultimately make you less tolerant and more likely to shout,” she says.

While it’s natural to feel guilty for shouting afterwards, she says what’s important is recognising when we’re feeling like this and working on ways to “stay calm and see the bigger picture”.

So, as we face further lockdown restrictions, and with the threat of a second national lockdown due to a rising number of Covid-19 cases in recent weeks, what can parents and carers do to keep their cool? Hood gives us her tips.

“Sometimes, just giving yourself two breaths before reacting can avoid a rash shouty reply,” Hood recommends. “When things get stressful, say to yourself ‘will this matter in a year’s time?’ If the answer is no, there’s no point stressing.”

“If everything seems too much and your children are running around or arguing, explain in a nice way that everyone is having some time out – the whole family,” Hood says.

“Everyone can go to their own area and do something quietly for 20 minutes. Whether this is playing alone in their bedroom, or sitting on the sofa with a book. Having a moment of calm will help your feeling of being overwhelmed.”

Go for a walk.

“Being outside and in the fresh air can really clear your head,” says Hood. “Children have the freedom to run and shout without the confinement of the house which allows them to let off steam.”

Leave yourself plenty of time to get to places.

“There’s nothing more stressful than being late and trying to get children organised!” she says.

“Tell your kids about plans for the day so they aren’t surprised or unprepared for what’s going to happen,” adds Hood. “Saying, ‘In half an hour, we’re going to go to XYZ, so if you need the loo or to pack anything then now’s the time to get ready’, is much better than, ‘hurry up, we’re late and we’re meant to be at XYZ, quick get ready!’”

But of course, as we know, it’s near impossible to stay calm all the time. Give yourself a break – you’re parenting through a pandemic.

Rugby and Daventry Radio Station Midlands UK > News > National And International News > Huffpost > Has The Pandemic Turned You Into A ‘Shouty’ Parent? Read This.