Has Keir Starmer’s ‘Strong On Security’ Stance Found Its Limits On The Covert Sources Bill?

Has Keir Starmer’s ‘Strong On Security’ Stance Found Its Limits On The Covert Sources Bill? 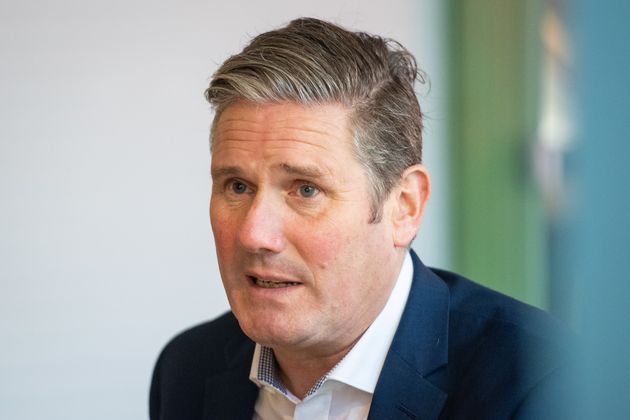 Five long years ago, just days before Jeremy Corbyn was elected leader of the Labour party, a party activist stood up at a party Q&A and asked Andy Burnham why he abstained on the Tories’ welfare bill. Burnham replied that he followed the whip to keep the party united, but added: “I could have probably won this contest if I’d walked out of the shadow cabinet at that point.”

Corbyn was famously the only 2015 leadership candidate to vote against that welfare bill, and the rest is well, history. Party activists saw it as a litmus test of compassionate politics, a break with the parliamentary parlour games that tactical abstentions on legislation seemed to entail. Diane Abbott in fact tweeted to me that summer: “If Andy had actually voted against the bill, he would have been leader of the Labour Party in 6 short weeks.”

Under Corbyn, abstaining was often seen as an admission of weakness and a lack of clarity of purpose. Under Keir Starmer, abstention is back in fashion. That’s partly because of his strategy of attempting not to get caught out by government “culture war” dividing lines, but more importantly because “constructive opposition” means seeking to improve rather than kill legislation.

But as the Overseas Operations Bill showed a fortnight ago, some Labour MPs are growing impatient with orders to abstain. A trio of shadow PPSs were sacked for voting against the bill’s second reading, and they were baffled why the party had not opposed the legislation given that shadow defence secretary John Healey had warned it risked allowing torture and war crimes to go “unpunished”.

Tonight, we had a repeat of those tensions as Labour MPs were ordered to abstain on the second reading of the Covert Human Intelligence Sources Bill. And what’s notable this time is the spread of unease across a wider spectrum of the Labour party.

The bill seeks to put into law for the first time an exemption that will allow undercover informants working for the police and MI5 to commit crimes. Campaigners have long called for this shadowy practice to be put on a statutory footing, but as long as proper safeguards can be put in place to explicitly exclude murder, torture or sexual violence.

The problem with the bill is that it is deliberately vague about which crimes will be allowed. This is because ministers fear that terrorists or others will be able to expose undercover agents by setting them tests against a “checklist” of crimes. That argument has been roundly ridiculed by the former DPP Lord MacDonald, who points out no one in a real life terror cell or criminal gang tests a suspected informant by saying: “If you’re really one of us, shoot Joe Pesci”.

Justice and civil liberties campaigners also point to the Met police’s infamous “spy cops” cases, fearing similar abuses could be made legal, and there’s real anger among trade unions in the wake of blacklisting operations. Add in the fact that this bill seems to hand law breaking authority to sources working bodies such as the Food Standards Agency and it’s easy to see why the opposition has been growing.

What brought home the extent of unease in Labour ranks was a backbench Zoom briefing with shadow home secretary Nick Thomas-Symonds earlier today. Although leftwing Socialist Campaign Group MPs were expected to pile in, what was surprising was other voices that were critical. They included ‘soft Left’ MPs like Sarah Owen but also Stella Creasy and Steve McCabe and even frontbenchers like Emma Hardy. Many worry that the government could junk the Human Rights Act or pull out of the ECHR [both of which are relied on in the bill to offer protections] at some point in the future.

One of those on the call said that Yvette Cooper gently offered advice on how the whole issue could have been better handled. Another said that Thomas-Symonds seemed taken aback by the scale of the criticism. Corbyn, who was on the call, simply smiled in the background. “It just showed that however good the new shadow cabinet are, they are still pretty inexperienced at not just political management but party management,” one MP said. “Is David Davis [a senior Tory also critical of the bill] now the official Opposition?”

“There was next to no preparation. The party just hadn’t explained sufficiently how we were going to approach this bill, and why we were abstaining now,” one backbencher added. They told me the party needed “a David Hanson-like figure [the ex-security minister under Brown and PPS to Blair]”, to make sure the politics and the legislative tactics were aligned.

Allies of the leadership say some of the criticism is unfair as Thomas-Symonds did several briefings and acted as quickly as he could. Others say that the Campaign Group are always going to be a thorn in Starmer’s side because they simply oppose his emphasis on security. So far the key has been not to have any frontbenchers rebel. “Collective responsibility is being relearned by the PLP, for years it didn’t exist,” one shadow minister tells me.

Others point out that Starmer’s abstention approach is actually based on principle and not split-the-difference triangulation: the principle is Labour can’t vote for something that lacks basic civil liberties safeguards and the bill will be challenged in the courts if it doesn’t. The pragmatism is that voting against would just gift the Tories a Labour ‘soft on terror’ narrative.

Most importantly, Thomas-Symonds and his colleague Conor McGinn went out of their way to harden up Labour’s concerns, setting out likely amendments on “public limits” on the new powers, plus greater judicial oversight, “gender impact” (many MPs were furious about the lack of explicit safeguards on rape and sexual assault) and prior oversight. The tougher line may have ensured that the only rebels were the “usual suspects” (just 20 MPs voted against the bill).

As it happens, with several senior Tories expressing concern (Maria Miller, Andrew Mitchell, as well as Davis) security minister James Brokenshire today made clear he knew more work was needed to improve the bill. He talked about looking at “further reassurance”, particularly on oversight and how quickly after authorised law-breaking that oversight could occur. The Intelligence and Security Committee will also have amendments that Labour could sign up to. Canada has a similar law but with explicit exemptions for murder, torture and rape.

But if the government refuses to budge much, the political problem for Labour may become more difficult at third reading of this bill. I suspect that the party will end up abstaining again by that stage, as Starmer doesn’t look like he’s going to end his constructive opposition approach. It’s unclear just how many of his MPs will be comfortable with that.

America, Are You OK? Listen To Running Mate, Our US Election Podcast For Brits