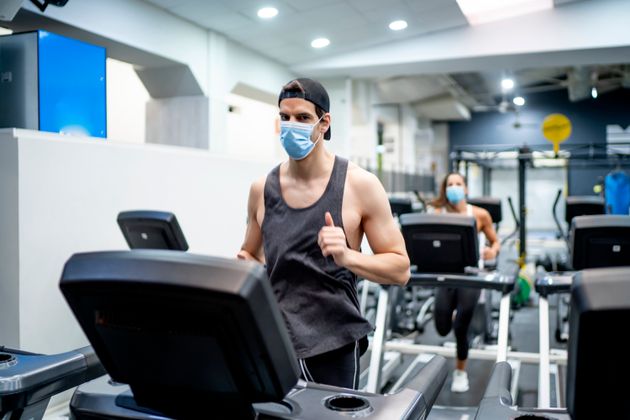 Gyms will be allowed to stay open in Lancashire, which has been put into tier 3 lockdown – even though they must shut in Liverpool, the other area of England under the highest restrictions.

Under the tier 3, or “very high”, category, people from different households are not allowed to mix, pubs and bars not serving meals must close, and residents are told not to travel outside the area.

But additional measures, such as closing gyms and leisure centres, can also be brought in on a discretionary basis.

Joe Anderson, the mayor of Liverpool, said the three-tier local system was already an “inconsistent mess” having only only been introduced this week.

Liverpool City Region has demanded immediate clarification on why Lancashire Gyms are allowed to stay open and Liverpools close. Inconsistent mess we now have Tier 3 A and Tier 3 B. Are Gym users in Lancashire more safer than those in Liverpool Region 😱 #COVID-19 #shambles

On the other hand, from Monday, soft play areas in Lancashire must close, but they remain open in Liverpool.

Matt Hancock, the health secretary, said the measures in Lancashire, which come into force on Saturday, were needed due to an “unrelenting rise in cases”.

The Liverpool region was the first to be put into the “very high” category and has been living with the rules since Wednesday.

A furious row between local politicians and the government has so far prevented Greater Manchester from also moving into tier 3.

Greater Manchester mayor Andy Burnham has demanded any stricter measures must be accompanied with more financial support for people and businesses.

But Dominic Raab, the foreign secretary, said more action was needed in the city to control the virus and avoid a second nation lockdown.

Speaking to BBC Radio 4′s Today programme he urged Burnham to “do the right thing by the people of Manchester”.

London will move into tier 2 on Saturday, banning people from separate households mixing indoors – including in pubs and restaurants.

‘You’re So Handsome When You Smile’: Voter Flirts With Trump And It’s Cringeworthy