There were tense scenes as The Great British Bake Off returned to screens on Tuesday night, as the tent witnessed one of its worst disasters ever.

Viewers of the hit Channel 4 show had their hearts in their mouths, following an incident involving contestants Sura and Dave and a tray of pineapple upside-down cakes.

In scenes that were not too dissimilar to the drama of the show’s infamous #BinGate, Sura accidentally destroyed the majority of Dave’s efforts as they prepared to present their bakes in the technical challenge.

Accidents happen – poor Dave and poor Sura. And spare a thought for the tent carpet too! #GBBOpic.twitter.com/S4s4oqCyMt

As they delivered their half dozen pineapple upside-down cakes to the gingham alter, Sura swung her arm to hit a fly and but knocked Dave and his tray, causing four of his six cakes to fly across the room.

Dave was then seen walking away in frustration as the cakes lay smashed on the floor, while a devastated Sura tried to apologise. 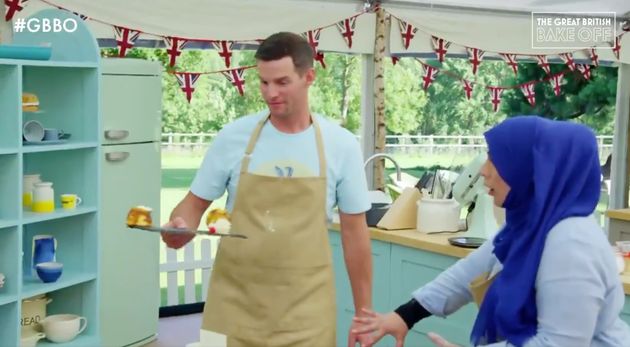 New host Matt Lucas later quipped: “It’s my fault because I was looking at you when it happened. And you were probably hypnotised by my beauty.”

Sura began attempting to rescue them from the floor, but when it came to judging, Paul Hollywood and Prue Leith said they would judge from the two untouched cakes.

However, they didn’t impress Paul and Prue much, with David placing ninth out of 12 in the challenge.

And to rub salt (or should that be sugar?) into his wounds, Sura emerged as the winner of the round. 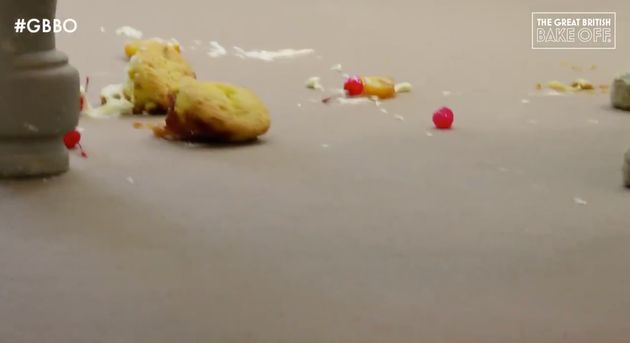 While the show’s return had been like a welcome hug after the latest developments in the news, these scenes were too much for some to take…

Poor Dave. My heart leaped out of my chest!

Feel for both of them. One of those horribly awkward moments all round. Hopefully judges will take it into account 🙈🙈

Yeah, everyone on the sofa just now gave up breathing

So much drama for the first episode!!

I gasped when it happened 😱

I can’t deal with the stress 😱

Elsewhere on the show, Matt’s debut as co-host alongside Noel Fielding proved to be deliciously silly, as he brought his trademark japes to the famous tent.

He also had viewers howling as he parodied prime minister Boris Johnson’s coronavirus briefings in a pre-titles skit.

Coronavirus Lockdown Has Made People Feel Worse About Their Bodies, Says Report