Warning! This article contains spoilers about the latest episode of The Great British Bake Off.

Great British Bake Off viewers have been left devastated after a fan favourite was axed from the tent on Tuesday night.

The 31-year-old pharmacy dispenser from London failed to impress over the three challenges, producing some less-than-perfect chocolate brownies in the Signature, struggling with her babka in the Technical, and underbaking her white chocolate cake in the Showstopper. 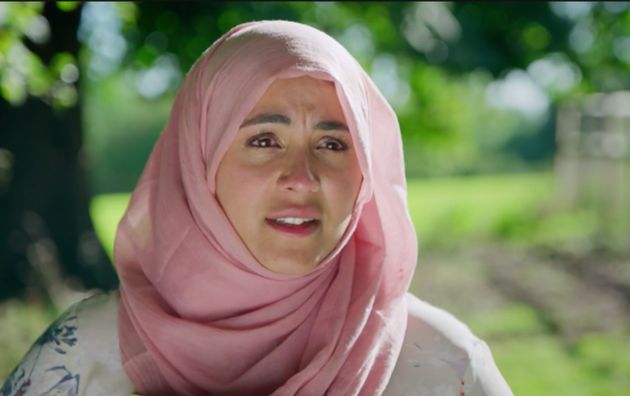 After exiting the competition, Sura said: “I’m gutted but what’s done is done.

“I’m not going to be bitter about it, I have had a great time.”

She added: “I hate white chocolate, I hate chocolate end of. I don’t think I will ever eat chocolate again.”

There was an outpouring of support for Sura on social media after her exit, having won the hearts of fans with her comic timing and facial expressions, as well as her previous bakes, which had marked her out as an early favourite.

I think @BritishBakeOff should do an ‘All Stars’ series like Drag Race, so Sura can come back and redeem herself. I thought she was going to win! #BakeOff#GBBOpic.twitter.com/DNmpHt9DLO

Only watched bake off because of sura😭 #GBBOpic.twitter.com/M5xj2PM9nY

Can Bake Off not bring Sura back as a wildcard later in the series??#BakeOff

It’s going to take a while for me to get over Sura leaving bake off. I thank you for your patience in this time.

seeing a middle eastern person on screen is rare. everytime there is someone i feel represented and seen. i cant believe sura has gone so early but she left an impact on me and i am sure she will go far. she’s so cute and funny i will miss her so much. #GBBOpic.twitter.com/1QxJs6aWyQ

Devastated Sura is gone. I loved her! What a great baker. We’ll always have her amazing facial expressions 👸 #GBBOpic.twitter.com/oqE04Ts2TF

i can’t believe chocolate took sura away from us #gbbopic.twitter.com/OM5Nkudfwu

Really liked Sura, loved her humour too. Gutted to see her go. Think that’s enough emotion for me for one day! #GBBO

Sura is my fave and she’s gonna be going home 💔 #GBBOpic.twitter.com/0h2IJCyDGz

I’m sad to see Sura go. She’s been phenomenal the whole series and had one bad week, when everyone else did too.

By comparison Lottie has been middle of the road the whole series and also had a bad week.

Sura was the best thing about Bake Off ffs #GBBOpic.twitter.com/CCXnCDjhih

Lottie, 31, a pantomime producer from West Sussex, narrowly avoided being axed from the competition, while project manager Mark, 32, was named star baker.

Next week will see the eight remaining bakers tackle Pastry Week, and from the look of the trailer at the end of Tuesday night’s episode, there looks set to be a number of disasters.

In the meantime, you can relive all of Sura’s best bits in a video the official Bake Off Twitter account tweeted below…

From cat-walking to saving David Attenborough – what a great impression Sura’s made over the last month of Bake Off. Here are her best bits… #GBBOpic.twitter.com/yokE0Y1L1n