Written by Huffpost on September 2, 2020

The government has performed another U-turn and reversed plans to ease local lockdowns in Greater Manchester.

Health secretary Matt Hancock said following a “significant change” in the level of coronavirus infection rates in the last few days, Bolton and Trafford would remain under existing restrictions.

And it came after the government overruled Trafford Council to lift the restrictions there, and was accused of pandering to Tory MPs with the plans to ease restrictions in certain areas.

It marks the government’s 12th policy U-turn since the start of the Covid-19 pandemic and will only increase the pressure on Boris Johnson, who has been warned by his own MPs to “get a grip” and faces a crunch meeting of the 1922 committee of backbench Tories later on Wednesday.

MORE: 12 U-Turns Boris Johnson’s Government Has Been Forced To Make During The Pandemic

Earlier, work and pensions secretary Therese Coffey was forced to defend the government’s decision to lift restrictions in the two boroughs, and the swift reversal will increase anxiety among Tory MPs who are forced to defend policy only for it to be scrapped later.

Hancock said the decision was made in collaboration with local leaders. 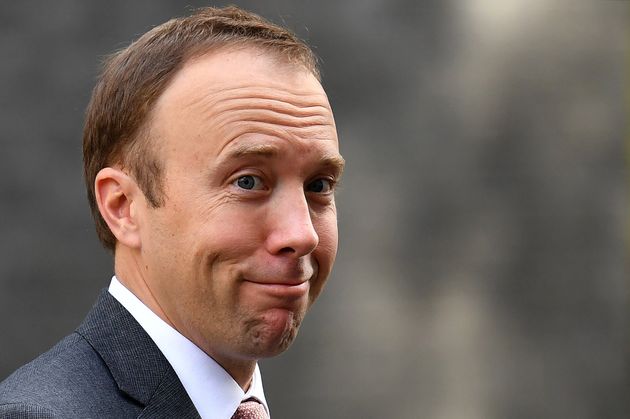 In a statement, he said: “Following a significant change in the level of infection rates over the last few days, a decision has been taken that Bolton and Trafford will now remain under existing restrictions.

“This decision has been made in collaboration with local leaders after reviewing the latest data. We continually monitor outbreaks across the country, and have seen infection rates increase more than three times in Bolton in under a week, and double in Trafford since the last review.

“We have always been clear we will take swift and decisive action where needed to contain outbreaks. We can bring the rates down if we continue to work together and I urge everyone to continue to play their part by following the rules – get tested if you have symptoms, self-isolate and practice social distancing.”

The government had decided social gatherings between two homes can resume for the first time in weeks from Wednesday in the two boroughs as well as Stockport, Burnley, Hyndburn and parts of Bradford, Calderdale and Kirklees.

But a sharp increase in the local infection rate in Bolton and Trafford led to council leaders pleading with the government for a delay just hours before restrictions were lifted.

But the decision to lift restrictions was backed by Conservative MP Sir Graham Brady, chairman of the 1922 Committee of Tory backbenchers, who told the Manchester Evening News last week that he found it “odd” for Trafford Council to object.

The MP for Altrincham and Sale West said he was left “unpersuaded” by the council for the need of an extension and asked for more data on hospital admissions and positive test rates.

Council leaders in Trafford had recommended that restrictions be maintained to wait for more evidence of a sustained downward trend in positive cases but were overruled by the government.