The government has used the infamous Gina Miller Brexit case to try and justify going back on the “oven ready” Brexit withdrawal agreement Boris Johnson agreed with the EU this year.

The prime minister is attempting to take powers to renege on key sections of the deal if the UK and EU cannot agree on how Northern Ireland is treated when the standstill transition period ends on December 31.

European Commission vice president Maros Sefcovic has told Johnson to drop the laws in the Internal Market Bill by the end of the month and warned that he has “seriously damaged trust” needed for ongoing talks on a long-term trade deal.

The plans have triggered a major Tory backlash, with Sir Roger Gale telling Sky News he would be willing to be sacked from the party he has represented as an MP since 1983 to vote against the Bill, insisting he will “do what I have to do” on the basis of the principle that “the United Kingdom keeps its word internationally”.

Sir Roger is no serial rebel….

Watch part of my interview: pic.twitter.com/7b0o2QNZb9

But UK attorney general Suella Braverman has attempted to justify giving ministers powers to determine what goods traded between Northern Ireland and Great Britain require exit checks, and to decide when government subsidies need to be notified to the EU in case they breach Brussels regulation.

Braverman admitted these powers would be “incompatible with the withdrawal agreement” if exercised as she took the rare step of publishing her legal advice to the government.

It states that the parliament is sovereign and so can pass laws which breach the UK’s obligations under international treaties, like the WA.

Braverman said this was similar to how Canada, Australia and New Zealand operate, with international treaty obligations only becoming binding when passed in UK law decided by “parliament and parliament alone”.

In an ironic twist, Braverman argued that principle was “recently approved unanimously by the Supreme Court” in the 2017 Miller case, in which judges found that only MPs – not the government – could trigger Article 50 to begin the UK’s departure from the EU, to the anger of then-prime minister May. 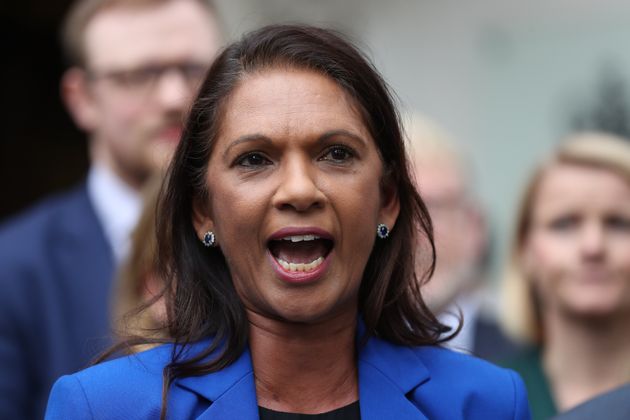 But Sefcovic insisted that the Bill, if adopted, would be in “clear breach” of the WA that Johnson proclaimed was “oven ready” during December’s election and signed in January.

The legal mess comes as a result of the WA treating Northern Ireland differently to the rest of the UK, following Brussels rules in some areas in order to maintain an invisible border with the Republic of Ireland, which is in the EU.

During an emergency meeting of the so-called “joint committee” which is meant to determine how the rules operate for Northern Ireland, Sefcovic urged his opposite number Michael Gove to “withdraw these measures from the draft Bill in the shortest time possible and in any case by the end of the month”, the Commission said.

The statement went on: “He stated that by putting forward this Bill, the UK has seriously damaged trust between the EU and the UK. It is now up to the UK government to re-establish that trust.

“He reminded the UK government that the withdrawal agreement contains a number of mechanisms and legal remedies to address violations of the legal obligations contained in the text – which the European Union will not be shy in using.”

Is History Repeating With Brexit And Coronavirus?