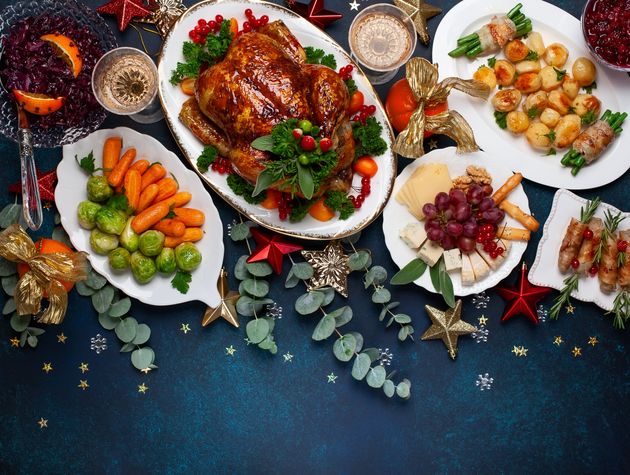 If you’re scratching your head over where to buy your big Christmas food shop this year, the ultimate taste test of Christmas puddings, mince pies, pigs in blankets and more has just dropped.

The results of Good Housekeeping’s annual Christmas Taste Test have been revealed – with Marks and Spencer and Waitrose & Partners crowned the joint best supermarkets to shop at.

Each year, Good Housekeeping Institute taste experts get together with a well consumer panel to test products. They tried 423 products this year, scoring on  factors including appearance, aroma, flavour and texture. Here are the winners.

Scored 92/100 thanks to its smoky bacon-wrapped turkey crown and its sweet onion and sage stuffing.

The tartlets, which are suitable for vegetarians, scored 82/100 thanks to their winning combo of flakey, buttery puff pastry, creamy goat’s cheese and sticky, caramelised red onion.

An honourable mention goes to Waitrose’s Vegan Festive Swirls (£6.99 for 480g) the top choice for vegans, scoring 79/100 thanks to their mix of caramelised tomatoes, red peppers, spinach and herbs inside a golden filo pastry case.

Scored 86/100 from testers who were impressed with the flavour of the tender pork sausages wrapped in crispy salty bacon with hints of apricot and sage.

Once again M&S came out on top, with a score of 81/100 for its gravy. Softened slices of onions in a rich and meaty stock proved popular with testers.

Costa Coffee All Butter Mince Pies (£2 for one mince pie).

In an interesting turn of events, the best mince pies came from a coffee shop, not a supermarket. Costa’s pies scored an impressive 90/100 and were praised for their crispy, golden pastry and zesty citrus filling with a mixed spice flavour.

Scored 73/100 and testers loved the melt-in-the-mouth pastry – as an added bonus, this mince pie is also vegan-friendly.

The runner up was Daylesford Organic’s Traditional Christmas Pudding, (£20 for 900g).

Christmas pudding with a twist

It scored 86/100 for its moist and light sponge, gooey chocolate centre, and fresh orange flavour.

The beverage impressed the panel with its smooth bubbles and beautifully balanced, rich and fruity flavour – it scored 84/100.

This easy drinking prosecco has a juicy pear and baked apple flavour with fine, lively bubbles and a smooth finish. So it’s no wonder it scored an impressive 90/100.