Steph and Dom Parker are still very much missed on Gogglebox, but the pair have served up a treat for fans on their 22nd wedding anniversary by sharing an epic throwback of their big day.

And it looked like their nuptials were just as colourful as the couple we all fell in love with on the Channel 4 show.

Steph and Dom posted highlights from wedding album on Twitter on Saturday, which marked 22 years since they tied the knot. 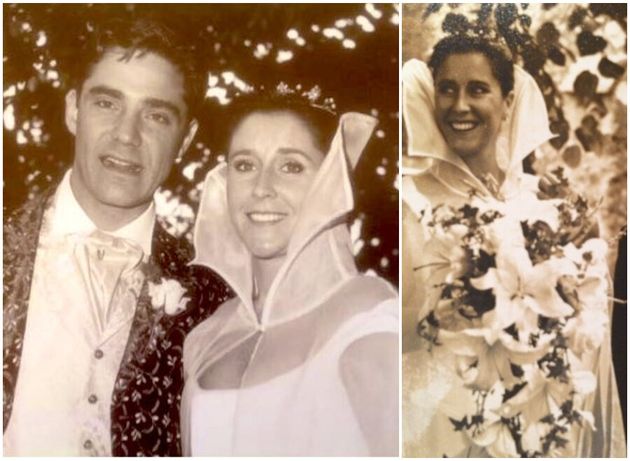 Steph can be seen wearing an incredible large collar on her wedding gown, reminiscent of the Evil Queen from Disney’s Snow White And The Seven Dwarves, complete with a tiara, gloves and a huge bouquet of lilies.

Steph and Dom were two of the original stars of Gogglebox when the show launched in 2013.

They were cast after previously appearing on Four In A Bed, where they opened the doors to their hotel, The Salutation in Sandwich, Kent. 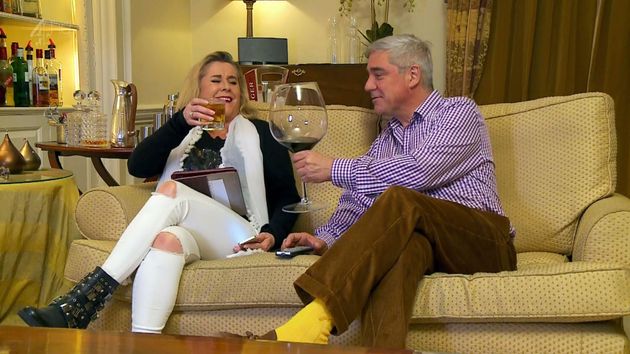 The couple left Gogglebox back in 2016, and have since appeared on shows like Celebrity Hunted, The Jump and Celebrity Masterchef.

The current series of Gogglebox is airing Fridays at 9pm on Channel 4.