Doctors have reported the first UK case of permanent hearing loss linked to Covid-19 – and they want everyone to be aware of it as a potential side effect.

To date, a handful of studies have explored a possible link between the virus and hearing loss, but with few reported cases to analyse, experts urged caution, describing the data as “poor quality”.

Now though, doctors believe they have witnessed a case with no other explanation here in the UK.

A 45-year-old man was referred to the ear nose and throat department at their hospital after suddenly experiencing hearing loss in one ear after being treated for Covid-19. 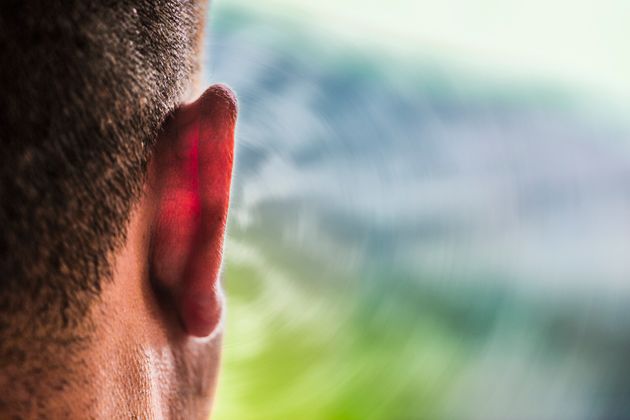 The man had previously been treated in the hospital’s intensive care unit as he was struggling to breathe with Covid-19 symptoms. He was put on a ventilator for 30 days and developed other complications as a result. He was treated with remdesivir, intravenous steroids and a blood transfusion, after which he started to get better.

But a week after the breathing tube was removed and he left intensive care, he noticed ringing (tinnitus) in his left ear, followed by sudden hearing loss.

The doctors noted that the man had not lost his hearing or had ear problems before and, apart from asthma, he was otherwise fit and well.

Examination of the man’s ear canals revealed he had no blockages or inflammation, but a hearing test confirmed he had substantially lost his hearing in the left ear. The man was treated with steroid tablets and injections, after which his hearing partially recovered.

After testing the man for other possible causes of sudden hearing loss –including rheumatoid arthritis, flu and HIV – the doctors concluded that it was associated with the Covid-19 infection.

Professor Kevin Munro, a professor of audiology at The University of Manchester, previously told HuffPost UK a link between Covid-19 and hearing loss is possible, as this is seen with other viruses such as measles and mumps.

However, he urged caution when interpreting early study results, because there  are a number of other reasons why a hospital inpatient may report changes to their hearing, including the fact it’s an unusual environment and face masks may change our perception of hearing.

Anxiety about the pandemic may also lead to people reporting symptoms, plus it could be that drugs used to treat Covid-19 cause hearing loss, rather than the virus itself.

In the new report, published in the British Medical Journal, the doctors gave their views on why the 45-year-old man may have experienced hearing loss.

SARS-CoV-2, the virus responsible for Covid-19, is thought to lock on to a particular type of cell lining the lungs, they explain. Recently, the virus has been found in similar cells lining the middle of the ear. SARS-CoV-2 also generates an inflammatory response and an increase in the chemicals that have been linked to hearing loss.

“This is the first reported case of sensorineural hearing loss following Covid-19 infection in the UK,” wrote the report authors. “Given the widespread presence of the virus in the population and the significant morbidity of hearing loss, it is important to investigate this further.”

Although Covid-related hearing loss is thought to be uncommon, the authors call for greater awareness of the possibility, because if it’s detected early enough, steroid treatment may prevent total hearing loss.

“Doctors should ask patients in intensive care about hearing loss and refer them for urgent treatment,” they advised.

Black Women Get Left Out Of Baby Loss Narratives. So I’m Telling My Story