The UK’s four nations have agreed to allow “limited additional household bubbling” so families can get together for Christmas, the UK government has announced

But any loosening of coronavirus restrictions will only be in place for “a small number of days”.

Boris Johnson was on Sunday afternoon holding a meeting of the UK cabinet to sign off on the plans, and on a new strengthened system of tiered local restrictions to replace England’s lockdown on December 2.

The Sun reported that festive bubbles could allow up to four households to mix for five days.

But HuffPost UK understands that the prime minister will be unable to say precisely how many days the Christmas release of restrictions will last, or how many different families will be able to mix, when he sets out his Covid winter plan on Monday.

That is because the first ministers of Scotland, Wales and Northern Ireland need their own cabinets to sign off on the details, which the UK government expects to happen this week.

But Downing Street is pleased that it has been able to agree a four nations approach to allow families to visit each other in the different parts of the UK. 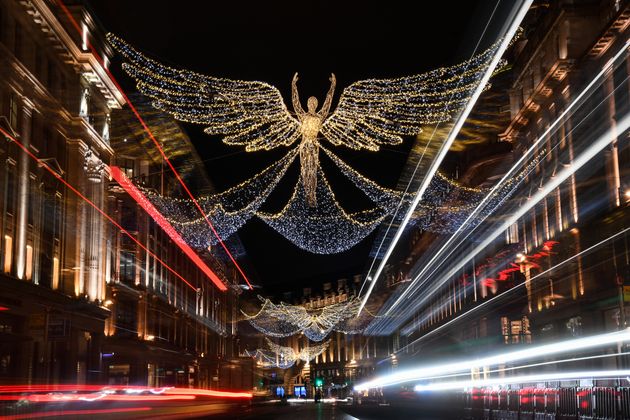 It marks a rare show of unity across the nations, which have followed different paths on coronavirus restrictions in recent months.

The breakthrough comes after Cabinet Office minister Michael Gove met with the leaders of Scotland, Wales and Northern Ireland on Saturday.

In a statement on Sunday following the meeting, the government said: “Welcoming the good progress made by all administrations over the past few days to design a single set of arrangements that can apply across the UK, ministers reiterated the importance of allowing families and friends to meet in a careful and limited way, while recognising that this will not be a normal festive period and the risks of transmission remain very real.

“As such, ministers endorsed a shared objective of facilitating some limited additional household bubbling for a small number of days, but also emphasised that the public will be advised to remain cautious, and that wherever possible people should avoid travelling and minimise social contact.

“In respect of Northern Ireland, ministers also recognised that people will want to see family and friends across the island of Ireland, and this is the subject of discussions with the Irish government.

“Work is continuing to finalise the arrangements, including relating to travel. The UK government, Scottish government, Welsh government and Northern Ireland Executive hope to conclude this work this week, subject to agreement by each administration.”

Earlier, chancellor Rishi Sunak warned that Christmas will not be normal this year.

He told Sky’s Ridge on Sunday: “I think the good news is we’re going to be exiting national restrictions, which is something that I think people at the beginning of this were doubtful of and we said that was very much what we wanted to deliver, and we are going to deliver that.

“The prime minister will be setting out more details tomorrow about going back to a more localised approach, seeing what we can do to allow families to see each other at Christmas time.

“But it is not going to be normal.”

‘It Gave Us A Sense of Identity’: Lovers Rock Stars On The Soft Reggae Soundtrack Of Small Axe