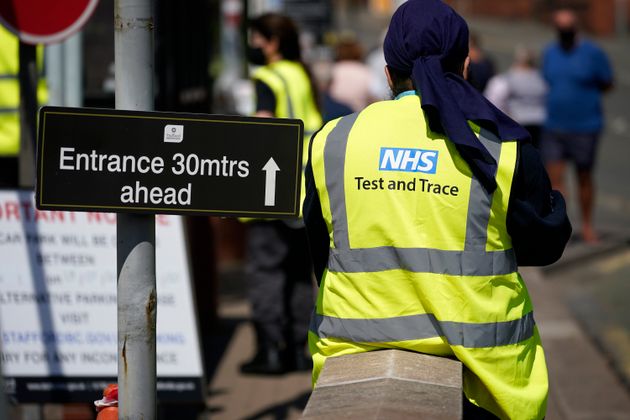 A whistleblower working at a coronavirus testing centre has described a litany of problems with the supposedly “world beating” system and accused health secretary Matt Hancock of “lying through his teeth”.

Speaking to HuffPost UK, the worker – who wished to remain anonymous – said the site at which they work is running at a fraction of capacity and has been doing so for at least two weeks in what amounts to a “planned slowdown of testing in all but name”.

“It turns out what they’re doing is limiting the number of tests that we can do per hour at each centre,” they claimed. “We might be as low as 10 or 15 an hour. We only did 150 yesterday and we’re supposed to have capacity to do 1,500.

“We’re supposed to turn people around and say we’re too busy, but we’re not busy.”

It is believed these artificial limits are being imposed to free up lab space for tests where there are higher infection rates. A government spokesperson admitted the service was “targeting testing capacity at the areas that need it most, including those where there is an outbreak”.

The whistleblower told HuffPost UK this targeting of testing is “very worrying”, adding: “The government is saying you’re limiting tests based on outbreaks but there’s no point in waiting until you have an outbreak until you start testing people.

“You need to get on top of it before rather than after.”

The worker also suspects this is behind a supposed “computer problem” that has seen staff told by management to register people as though they are in Scotland – even though the testing site is actually in the south of England.

“They were saying there’s a problem with the computers and they can’t register people to the new site. Two weeks later and we’re still not sorted – and this is going on across all the sites.

“We were registering people to Inverness yesterday, and Aberdeen, which has its own problems. If they do test positive, they’re going to be skewing the numbers for the whole country.”

The whistleblower was compelled to speak out after Hancock insisted on Thursday that the government’s coronavirus testing system was working “well” and said there were only “operational challenges from time to time”.

“This whole thing is ridiculous. Watching Matt Hancock lying through his teeth was too much,” they said.

On Tuesday morning, a senior official at NHS Test and Trace issued an apology to people unable to get a Covid-19 test, saying there is capacity at testing sites but laboratories processing the tests are at a “critical pinch-point”.

Can I please offer my heartfelt apologies to anyone who cannot get a COVID test at present. All of our testing sites have capacity, which is why they don’t look overcrowded, its our laboratory processing that is the critical pinch-point. We are doing all we can to expand quickly.

But according to the whistleblower, testing sites are running out of the plastic vials used to collect test samples.

“At the actual centres where they process the tests, they don’t have capacity and they’re running out of the vials,” they said.

“They swab your nose and your mouth and they put this swab in a fluid, snap the end off and it goes in a little vial and that gets sent off.

“They’re running out of vials. This isn’t some hi-tech thing – it’s just a little vial.”

When the claims were put to the Department for Health and Social Care, a spokesperson did not dispute them but insisted the Test and Trace system “is working” and that “our capacity is the highest it has ever been and our laboratories are processing more than a million tests a week”.

The spokesperson added: “We are targeting testing capacity at the areas that need it most, including those where there is an outbreak, as well as prioritising at-risk groups, and we recently announced new laboratory facilities and new technology to process results even faster.”

Asked by the health and social care select committee about Sarah-Jane Marsh’s tweet (above), Hancock said: “We are working incredibly hard.

“We are doing everything we can. We have had these operational issues that I have talked about. We have had a problem with a couple of contracts and we discussed some of that in the House of Commons.

“But it’s a matter of a couple of weeks until we can get all of that sorted in the short term.”

Further problems with the testing system came as a member of the government’s Scientific Advisory Group for Emergencies (Sage) said the latest increase in coronavirus cases is “very worrying”.

“That is what we are really keeping a close eye on – the extent to which it moves away from these local outbreaks to broader community transmission.

“What we saw in the last few days from this surveillance data was this worrying increase in cases which, as we know from the first wave of the pandemic, can potentially get out of hand if we don’t be very serious about the control measures.”

England’s deputy chief medical officer Professor Jonathan Van-Tam said on Monday that the public had “relaxed too much” over the summer and described the rising number of cases as of “great concern”.