Exclusive: Coronavirus Testing Centres Are Turning Away Thousands Of People Each Day

Exclusive: Coronavirus Testing Centres Are Turning Away Thousands Of People Each Day 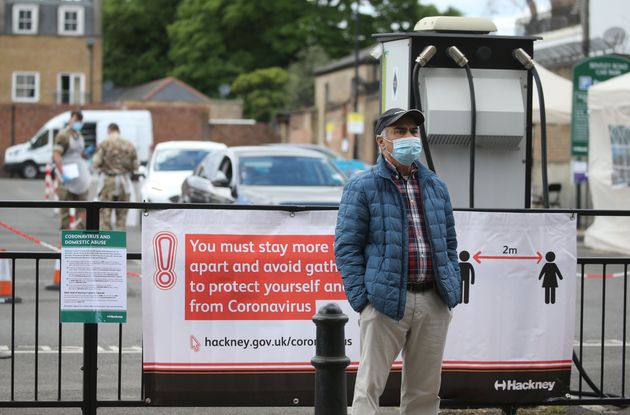 Drive-in coronavirus testing centres are turning away thousands of people each day including key workers and schoolchildren, HuffPost UK can reveal.

Workers at sites run by the contractor G4S have been told as of Tuesday to only accept those who have booked online, despite ongoing reports of people being unable to access tests.

HuffPost UK has been told that 1,500 cars were turned away from sites across England on Tuesday alone. 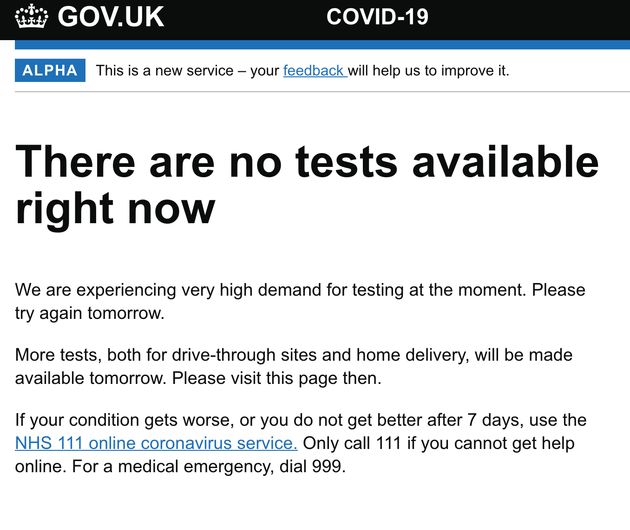 A worker – who wished to remain anonymous – at a drive in testing site in an area where cases are on the rise, told HuffPost UK: “I was shocked to be told that we could no longer take anyone in for a test that had no booking, especially when the booking website was either unavailable or only offering testing sites several hours drive away.

“We have had people arrive for tests after driving over two hours due to being shown that our site was the only one showing up for them.

“There were no exceptions to having a test with no booking, which included us being specifically instructed that no exception could be given to any blue light workers, doctors, nurses, carers and police, who had not booked even if the reason they could not book was due to the website or the 119 phone line not working.

“Many cars also had to be turned away containing schoolchildren with symptoms.”

Nearly 12 hours now trying to get a test.

No home tests.
No drive-through tests.
No walk-in tests.

Testing in North London appears to have completely ground to a halt.

Stop the talk of Moonshots, focus on, and sort out the absolute basics. pic.twitter.com/b1w6tCKrrX

Hundreds of schools and colleges have reported difficulties in accessing tests, forcing staff and pupils to miss classes, according to the Association of School and College Leaders (ASCL).

Julie McCulloch, head of policy at the ASCL, said it is likely that the number of students and school staff who have had to self-isolate at home and are awaiting test results “will be into the thousands”.

Within hours of inviting feedback on the issue in an email to union members on Wednesday afternoon, more than 200 school and college leaders in England reported problems with the test and trace system.

Within two hours of sending out this bulletin we’d received more than 100 responses with details of symptomatic staff or pupils unable to access tests, & so having to self-isolate. School & college leaders rightly furious. They can’t stay open under these conditions. https://t.co/iICKTco07o

Matt Hancock has suggested the shortage in testing is due in large part to people “coming forward for tests when they’re not eligible” and has said people could face “eligibility checks” and be subject to an order of priority system.

MPs have raised concerns over test shortages in their areas and people having to travel several miles in a bid to get one, with Tory former minister Greg Clark calling on the health secretary to get a “grip” of the testing situation.

A Department of Health and Social Care spokesperson told HuffPost UK: ”NHS Test and Trace is working and our capacity is the highest it has ever been but we are seeing a significant demand for tests including from people who do not have symptoms and are not otherwise eligible.

“New booking slots and home testing kits are made available daily for those who need them and we are targeting testing capacity at the areas that need it most, including those where there is an outbreak, and prioritising at-risk groups.

“Our laboratories are processing more than a million tests a week and we recently announced new facilities and technology to process results even faster.”

It comes just a day after a whistleblower working at a coronavirus testing centre described a litany of problems with the supposedly “world beating” system and accused health secretary Matt Hancock of “lying through his teeth”.

Speaking to HuffPost UK, the worker – who wished to remain anonymous – said the site at which they work is running at a fraction of capacity and has been doing so for at least two weeks in what amounts to a “planned slowdown of testing in all but name”.