A-level and GCSE results decided by a computer algorithm in England will be scrapped and replaced with teachers’ predicted grades following a major and humiliating climbdown by the government.

The news follows a furious backlash from students, teachers and parents over computer modelling used by Ofqual.

It saw the A-level results of almost 40% of students downgraded, with poorer students disproportionately hit.

Students whose grade was higher under the algorithm calculation can keep the higher grade, Ofqual has said.

It follows governments Wales and Northern Ireland also reversing policy over the exams.

He said: “This has been an extraordinarily difficult year for young people who were unable to take their exams.

“We worked with Ofqual to construct the fairest possible model, but it is clear that the process of allocating grades has resulted in more significant inconsistencies than can be resolved through an appeals process.

“We now believe it is better to offer young people and parents certainty by moving to teacher assessed grades for both A and AS level and GCSE results.

“I am sorry for the distress this has caused young people and their parents but hope this announcement will now provide the certainty and reassurance they deserve.”

Ofqual chair Roger Taylor added in a statement: “We understand this has been a distressing time for students, who were awarded exam results last week for exams they never took. The pandemic has created circumstances no one could have ever imagined or wished for.

“We want to now take steps to remove as much stress and uncertainty for young people as possible – and to free up heads and teachers to work towards the important task of getting all schools open in two weeks. 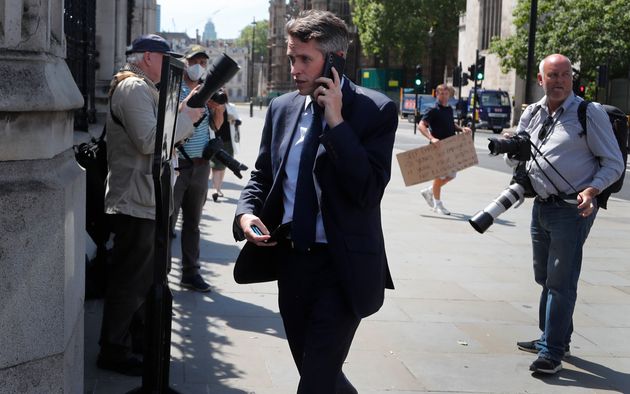 “After reflection, we have decided that the best way to do this is to award grades on the basis of what teachers submitted. The switch to centre assessment grades will apply to both AS and A-levels and to the GCSE results which students will receive later this week.”

Adding there was “no easy solution” to awarding results where no exams have taken place, Taylor said: “Our goal has always been to protect the trust that the public rightly has in educational qualifications.

“But we recognise that while the approach we adopted attempted to achieve these goals we also appreciate that it has also caused real anguish and damaged public confidence.

“Expecting schools to submit appeals where grades were incorrect placed a burden on teachers when they need to be preparing for the new term and has created uncertainty and anxiety for students. For all of that, we are extremely sorry.”

The regulator had been preparing for an avalanche of appeals to the results after the Covid-19 lockdown meant students were unable to take exams.

Williamson had attempted to placate students before the results were published last Thursday by saying students could appeal on the basis of what their mock exam results were.

But growing opposition to the downgraded marks has meant that the government has had to quickly change its position.

He tweeted: “The government has had months to sort out exams and has now been forced into a screeching U-turn after days of confusion.  This is a victory for the thousands of young people who have powerfully made their voices heard this past week.

“However, the Tories’ handling of this situation has been a complete fiasco.   Incompetence has become this government’s watchword, whether that is on schools, testing or care homes.   Boris Johnson’s failure to lead is holding Britain back.”