End The Shouting, Jeering And Heckling In Parliament, Most People Say

End The Shouting, Jeering And Heckling In Parliament, Most People Say 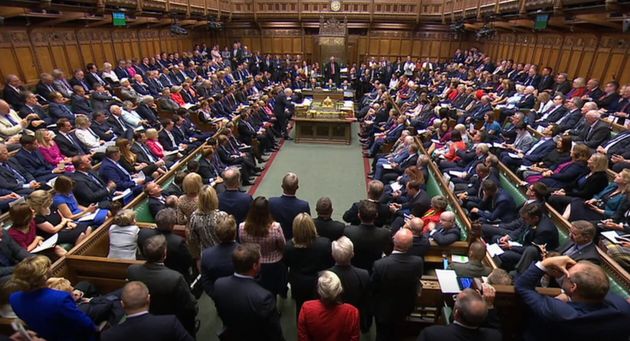 Politicians shouting, jeering and heckling in the UK parliament is “alienating”  the public and the majority want the coarse behaviour to stop, a new survey has shown.

More than half (51%) of people would like to see an end to the chaos that accompanies parliamentary debates, most notably during prime minister’s questions, polling reveals. Just one in five (20%) think that it is an important tradition that should be allowed to continue.

The adversarial tone is often cited by politicians as a reason why the public are put off politics. Dormer prime minister David Cameron said that he thought voters were tired of what he described as “Punch and Judy politics”.

But since the Covid-19 outbreak, a more sober tone has been struck in the House of Commons as a result of social distancing.

The polling, conducted by Opinium in partnership with Compassion in Politics, comes as MPs return to parliament on Tuesday following the summer recess.

It also showed that almost seven in 10 (69%) think MPs should be allowed to continue joining debates online rather than in person after Covid.

This includes 39% who believe they should always be able to dial-in to debates and 30% who think the option to join digitally should remain in place after Covid but debates in person should continue to be the norm. Only 20% said that debates should always be in person post-pandemic.

The polling was conducted for Compassion in Politics, which is working cross-party to reform parliamentary processes so that they are more inclusive. It is currently working with the All Party Group for Compassionate Politics on a “Compassion Pledge” which they will be asking MPs to commit to behaving with respect, kindness and compassion.

Debbie Abrahams, co-chair of the All Party Group for Compassionate Politics, said: “The gradual coarsening of parliamentary debate is having a seriously detrimental effect on our politics.

“Not only has it limited the potential for considered, detailed, and constructive discussion, it is alienating to the public and disrespectful to members. It does not have to be like this.

“A mature democracy such as the UK should exhibit a more mature and respectful form of debate, as parliaments from many other countries already do. It is time we caught up.”

Jennifer Nadel, co-director of Compassion in Politics, said: “Parliament is out of step with the public. It’s arcane debating traditions have created a combative and hostile environment in which bullying and misogyny are rife.

“A mature democracy needs a process of decision making that promotes discussion, collaboration, and inclusive outcomes not one that resembles a playground.

“The hiatus caused by Covid and the upcoming repair work to the Palace of Westminster provide a unique opportunity to modernise our dysfunctional parliament.”