EastEnders will explore Mick Carter’s sexual abuse as a child in a new storyline.

Upcoming scenes on the BBC soap will will see Danny Dyer’s character coming to terms with the abuse he suffered when he was in the care system.

Bosses worked closely with both NSPCC and SurvivorsUK on the plotline, which has been introduced following the arrival of Frankie Lewis (Rose Ayling-Ellis) in Albert Square. 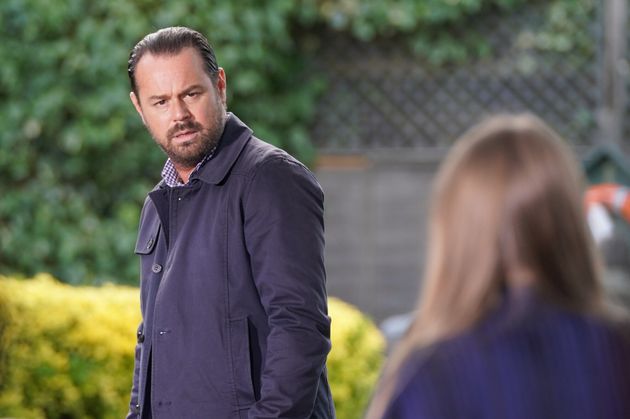 Mick was left shocked when she told him that he is her father and was adamant she had got the wrong person, until Frankie mentioned her mother’s name, Katy Lewis, taking him back to his childhood.

On Monday night’s episode, viewers saw Tina Carter (Luisa Bradshaw-White) telling Frankie that Katy was their beloved care worker when she and Mick were in care.

However, Frankie realised that Mick was 12 years old at the time, and her mother was older.

The next part of the story will explore the impact the revelation has on Mick and his ongoing struggle with abandonment and understanding that what he experienced was abuse.

The character will be seen suffering with some of the long-term effects of abuse with his emotional difficulties, panic attacks and mental health problems worsening as a result.

Both the children’s charity the NSPCC and SurvivorsUK, a specialist service for male and non-binary sexual violence survivors, consulted on scripts and story elements, and helped facilitate conversations with real survivors of child sexual abuse.

Jon Sen, executive producer of EastEnders said: “Viewers have always been aware that Mick spent many years in care, which has been the cause of his fractured relationship with Shirley but now the audience will discover just why Mick’s childhood has been so traumatic.

“This storyline will see Mick having to confront the demons of his past, something he has desperately tried to avoid for many years and face up to the realisation that he experienced abuse whilst he was in care.

“Our work with SurvivorsUK and NSPCC has been vital in informing and grounding Mick’s story very much in reality. We hope this storyline will help to challenge the perceptions, the stigma and the shame – particularly experienced by male survivors.” 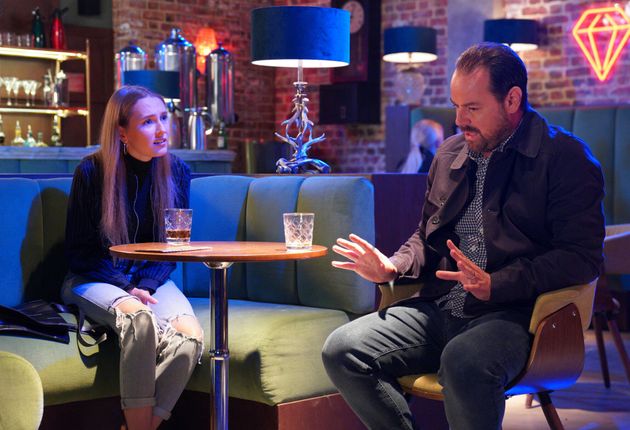 Kamaljit Thandi, head of the NSPCC helpline, added: “We know that abuse can have a devastating and often lasting impact.

“This storyline reinforces how difficult it can be for those who are victims of non-recent abuse to process and come to terms with what has happened to them.

“It can also be hard for men to speak openly about these experiences, particularly when the perpetrator is female.

“That’s one of the reasons we are really pleased that EastEnders is raising awareness of such an important issue and we hope that this storyline will help to give those who find themselves in a similar position to Mick, and any other victims of abuse, the courage to speak up.” 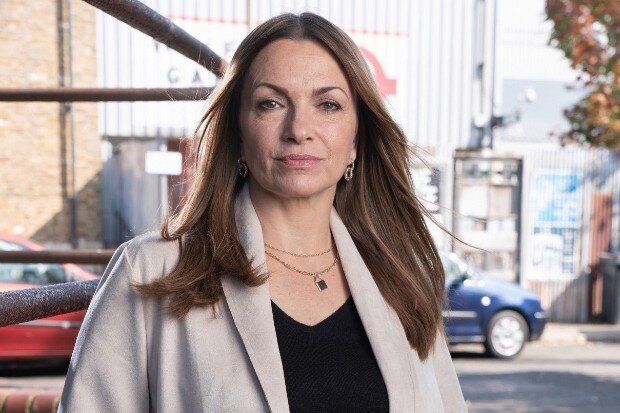 Alex Feis-Bryce, CEO of SurvivorsUK, continued: “They have approached the subject with sensitivity and taken into account the voices and experiences of survivors throughout.

“Research suggests that it takes male survivors an average of 26 years to speak out and seek support and the impact of sexual violence can be devastating.

“When I was raped as a teenager I felt so alone partly because I’d been socialised to believe that this was something which doesn’t happen to men and it took me years to speak about it properly to anyone. I know many of the people we support at SurvivorsUK experience similar feelings.”

It has already been confirmed that Katy will be arriving in Albert Square in the coming weeks, with former Bad Girls actor Simone Labhib taking on the role.

EastEnders airs Mondays, Tuesdays, Thursdays and Fridays on BBC One.