Downing Street has insisted the UK will be first in line for a coronavirus vaccine developed by Oxford University, after reports Donald Trump was considering granting emergency authorisation for it to be deployed in the US.

The UK government has struck a deal with pharmaceutical giant AstraZeneca to get “first access” to it once approved, a spokesperson for No.10 said on Monday.

According to the Financial Times, the White House was hoping to jump the queue for the vaccine and at a press conference on Sunday night, Trump promised that “you’ll be hearing” about vaccines “very soon”.

But the No.10 spokesman said: “We have been clear that we will only roll out a vaccine once it is deemed safe and effective by our regulators.

“AstraZeneca have entered into a number of agreements with other countries, they have the global licensing agreement with Oxford, but we have been clear: once it has been found to be effective, we have signed a deal for 100 million doses which means that once it is effective the UK will get first access.”

AstraZeneca also denied it had been consulted by the White House on the matter. 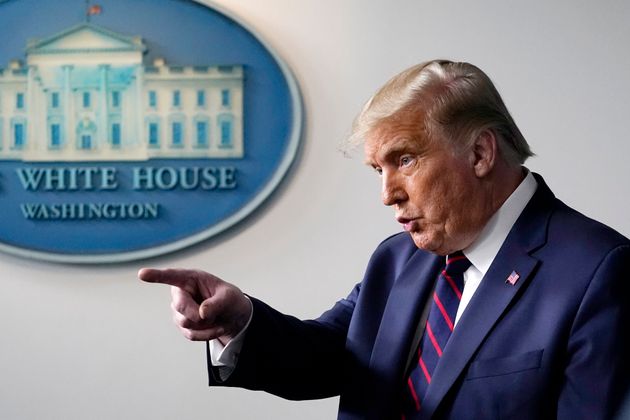 Commenting on the prospect of the vaccine being fast-tracked in the US, England’s deputy chief medical officer Dr Jenny Harries said that everyone around the globe should have “fair and safe access to vaccine development”.

She told Sky News: “We have a global crisis… It is really important that everyone around the world has fair and safe access to vaccine development.

“Obviously those countries which are more developed have the facilities to develop the vaccine and get it safely out to their populations. But I think all public health colleagues would be wanting fair distribution.”

Commenting on the reports of the White House plan to fast-track the vaccine ahead of the US election, Danny Altmann, professor of immunology at Imperial College London, told PA Media: “It should be incredibly disturbing to the global medical community to see any potential attempts by any politicians, whether in Russia, the USA or elsewhere, to seek to manipulate, short-circuit or exert influence in any way over the agreed scientific protocols that are in place to carefully evaluate comparative safety, immunogenicity and efficacy of vaccines.

“In decades to come, we won’t remember which politician polled a few more or less votes, but we really won’t forget any failed opportunities to put in place the safest most effective possible global programmes to eradicate this pandemic.”

On Sunday, Trump also announced the emergency authorisation of convalescent plasma for Covid-19 patients in the US.

But NHS officials said that the plasma studies which have emerged from America are “not conclusive”.

The study, led by the Mayo Clinic, indicated that patients treated early – within three days of diagnosis – with convalescent plasma which has high levels of antibodies had an improved chance of survival.

NHS Blood and Transplant (NHSBT), which is supporting the British convalescent plasma research, said that randomised controlled trials are the “gold standard” and the ones published in the US are observational studies.

Research in the UK is assessing whether convalescent plasma donations can be transfused into patients who are struggling to develop their own immune response.

BBC Announces ‘Rule Britannia!’ Will Not Be Ditched From Last Night Of Proms Concert

From Soapland To Hollywood: 17 Soap Stars Who Found Success In The US