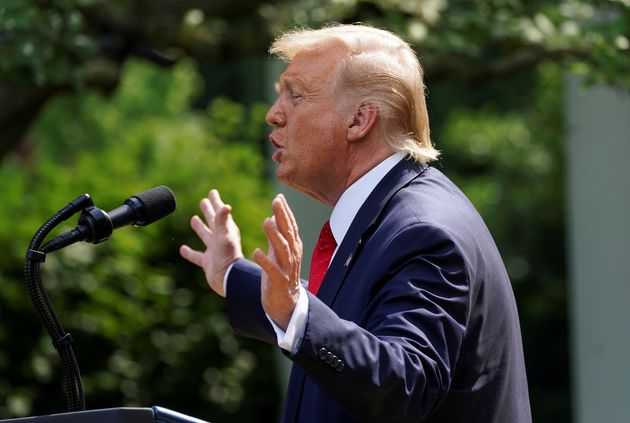 Donald Trump’s latest musings on Twitter have drawn praise from a controversial Polish MEP known for his anti-Muslim views and vows to keep Europe “great and Christian”.

Over the weekend, the US president has been attacking Democrats by claiming they took the word “God” out of the Pledge of Allegiance during the Democratic National Convention last week.

The Democrats took the word GOD out of the Pledge of Allegiance at the Democrat National Convention. At first I thought they made a mistake, but it wasn’t. It was done on purpose. Remember Evangelical Christians, and ALL, this is where they are coming from-it’s done. Vote Nov 3!

The accusation was highly misleading as the central programming of the convention featured the entire pledge, complete with “under God”.

Trump appears to have based his claim solely on video from a side event held by the Muslim Delegates and Allies Assembly who did drop the phrase.

Undeterred, the president ran with the theme and, although he later acknowledged the convention as a whole did not drop “under God”, continued to attempt to ignite controversy over the matter.

Two Democrat Caucus Meetings removed “UNDER GOD” from the Pledge of Allegiance. It sounded not only strange, but terrible. That’s where they’re coming from!

Shortly after Trump tweeted a link to a speech he gave in Poland in 2017, with the words: “Happy Sunday! We want GOD!”

The tweet immediately drew praise from Polish MEP Dominik Tarczyński, who said the president is “fearless for God”, adding: “Polish people will support you on November 3rd!”

Poland remembers: like JPII, you are fearless for God!

Polish people will support You on November 3rd! https://t.co/gWYuM8FWV5

Tarczyński has been heavily criticised for his anti-Muslim and anti-immigration views, both of which he makes no attempt to hide.

In March of this year he tweeted a video compilation of himself during various TV interviews during which he states that Poland has taken in no refugees and that “not even one Polish [person] has blown himself up because of his religion”.

Speaking to Channel 4 News, he says:  “We can be called populists, nationalists and racists but I don’t care, I care about my family and my country.”

It’s as simple as that! 🇵🇱 pic.twitter.com/5hC76XQXet

Trump’s phrase “We want God!” was also the official slogan at a Poland Independence Day march in 2017 organised by far-right groups.

Despite banners reading “Death to the enemies of the homeland,” “Clean blood,” and “White Europe”, Tarczyński at the time tweeted a promise of legal support for those attending the march who had been “defamed” as fascists.

Tarczyński is a member of Poland’s Law and Justice Party which backs president Andrzej Duda who won a second term in power last year after a campaign that stoked anti-Semitism, homophobia and xenophobia to shore up conservative support.

The party has sought to reshape Poland into a state rooted in a conservative Roman Catholic worldview rejecting abortion and gay rights.

How To Talk To Your Kids About The Return to School