Foreign secretary Dominic Raab has refused to criticise Donald Trump after the president falsely claimed to have beaten Joe Biden in the US election.

Boris Johnson’s key minister refused to distance himself from Trump, despite mounting criticism over the president’s false clams, simply saying he would “not comment on the commentary”.

Speaking in the White House in the early hours of Wednesday morning, Trump claimed without evidence there had been “fraud” in the electoral system, and said: “We did win this election.

“We want the law to be used in a proper manner. So we will be going to the US Supreme Court. We want all voting to stop.”

It stood in stark contrast to the reaction of his rival Biden, who called for all votes to be counted and for Americans to “be patient” as the race continued.

But repeatedly pressed on the claims, Raab told the BBC it is “a very close election” and he is watching “with great interest”.

“So we’ll watch with interest, but forgive me if I don’t comment on the commentary,” he said. 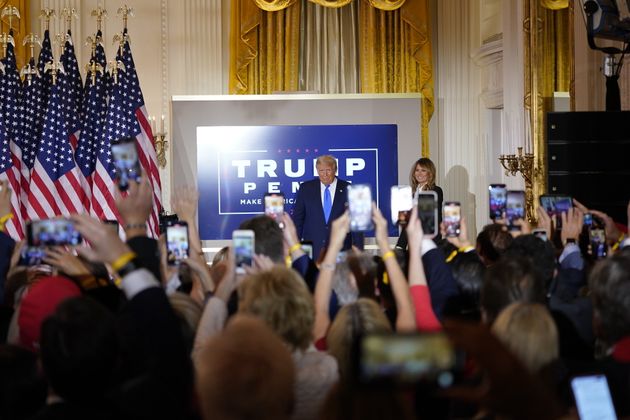 Asked if it would be good to “call your close friend out”, Raab replied: “Well I think that you’re now engaging in the campaign rather than just reporting on it.

“But the truth is, I think what’s really important now is we wait and see how this uncertainty unfolds.”

Asked directly about Trump’s decision to go to the US Supreme Court over the result, Raab said: “We respect the values of democracy and the checks and balances reflected in the US system, which we are very confident will produce a result.” 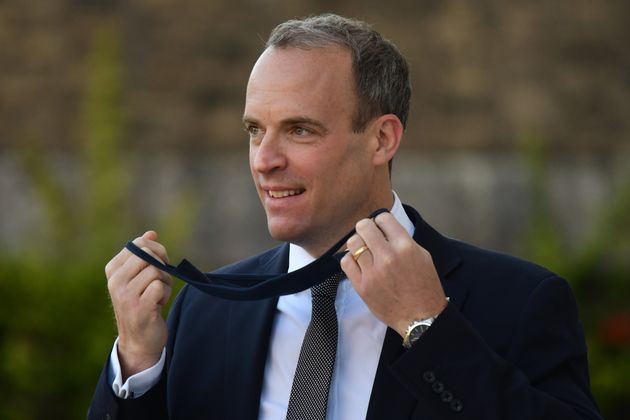 Adding that the presidential election was “too close to call”, he said in a separate interview with Sky News he was confident in the “checks and balances” in the US system.

He said: “We’ll see how this plays out, I think it could be a very close race.

“We may not get a definitive result for hours, if not days.

“But we are totally confident the American system has the checks and balances to give us a definitive result and we will wait and see.

“Of course, the UK-US relationship is in great shape and we are confident that it will go from strength to strength whichever candidate wins the election.”

The foreign secretary acknowledged that there would be “slightly different contours of the opportunities and the risks” for the UK-US relationship depending on who is in the White House.

Asked whether a Joe Biden win would strain the relationship, because of his opposition to Brexit and his support for Ireland, Raab said he was “confident that the relationship would be in good shape”.

He said: “I’m not worried about the relationship. The contours of the opportunities and the risks always shift a little bit, but that needs to be set against the context of this bedrock and this wider set of interests which are so strong.”

Conservative MP Liam Fox says “you can’t claim to have won until all the votes have been counted” #Election2020https://t.co/jLjAUP0uxNpic.twitter.com/5QZCh4HPJc

He added: “You can’t claim to have won when some of the bigger electoral votes have still to come.”

He noted Michigan, Arizona and Pennsylvania had still to record a result.

“I think it is wishful thinking, but you can’t claim that you have won until all the votes have been counted.”

Shadow foreign secretary Lisa Nandy, meanwhile, said it is “absolutely essential that every vote” is counted in the US presidential election to ensure a “definitive” result.

The senior Labour politician told LBC radio: “It is shocking but not perhaps that surprising to have a presidential candidate who is currently arguing that votes should not be counted.

“That’s why it is absolutely essential that every vote has to be counted.”

A Minute Of Kindness: The “Action Nan” Taking On Plastic Waste