Does The World Really Need A New Borat Film?

Does The World Really Need A New Borat Film? 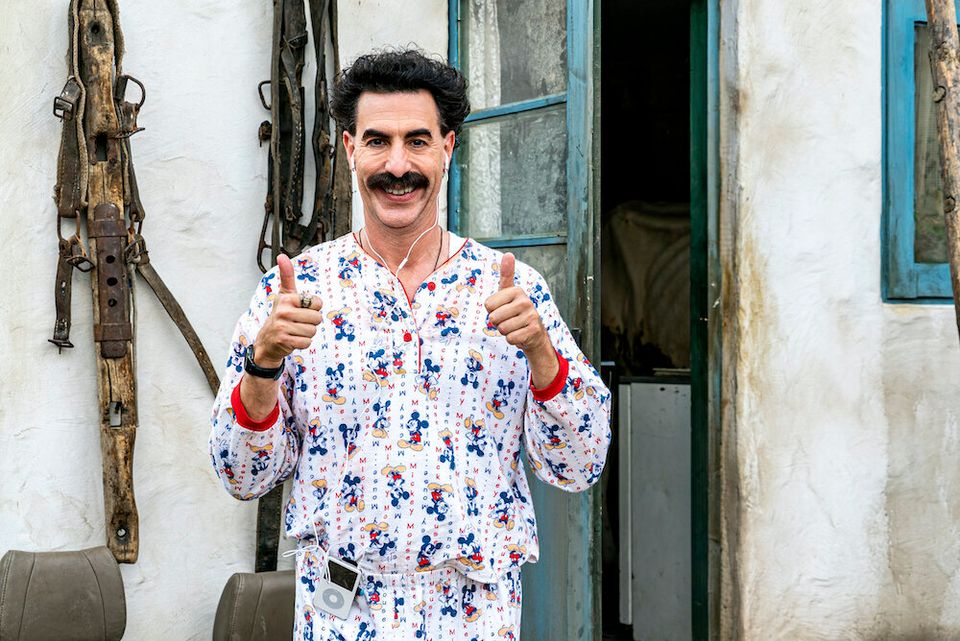 In the year that the first Borat film came out, Hannah Montana premiered, Facebook opened to the public and YouTube had recently celebrated its first birthday. George W. Bush was president, and Tony Blair was still prime minister.

Social media was very much in its infancy in 2006. The first tweet was sent eight months earlier, and Instagram was still four years away. 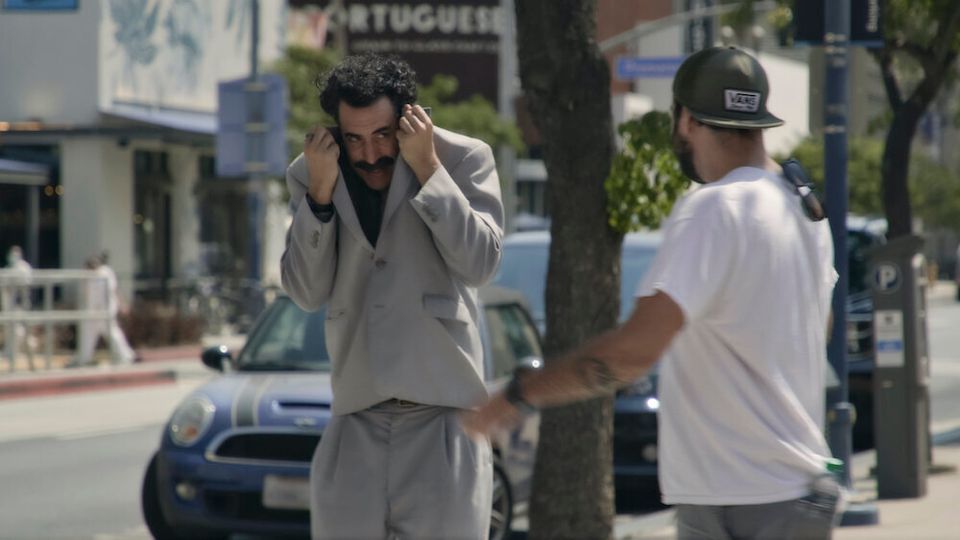 Borat was a smash hit, scoring 91% on Rotten Tomatoes and grossing £260 million worldwide. The character was appealing: he probed Americans and exposed bigotry, racism and homophobia. It felt fresh. But how will the eccentric besuited Kazakh partial to a naked wrestle fair in a post-woke, post-Me Too society that has moved the goalposts in terms of what it expects from its comedy?

In 2016 Sacha Baron Cohen implied time may be up for the character in an interview with The Telegraph. “I wonder now if I had taken Borat to a studio, whether the studio would actually say ‘yeah you can make Borat,’ or I would have to change Kazakhstan to a mythical country,” he wondered, articulating the thoughts of many Borat detractors who found the character offensive in the first place.

Fast forward to 2020, and Borat Sagdiyev, to give him his full name, has joined social media, embracing the latest TikTok trends. He has also been spotted driving a truck around Los Angeles, and then at a Mike Pence rally for the Trump 2020 presidential race.

Then came the release date of Borat Subsequent Moviefilm: Delivery of Prodigious Bribe to American Regime for Make Benefit Once Glorious Nation of Kazakhstan as October 23rd 2020.

Somehow, under lockdown, Borat has been reprised. 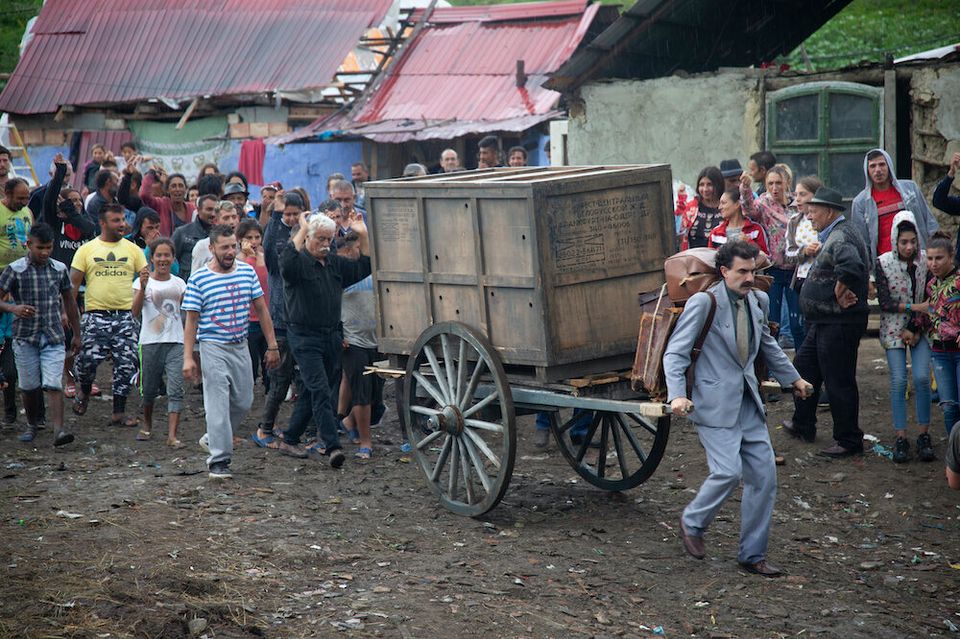 In a rare interview with the New York Times, Sacha Baron Cohen drip-fed some early details about the new film. Borat will relieve himself on some flowers in front of the Trump hotel in New York, keep his daughter in a cage (she wonders, ‘Is it nicer than Melania’s cage?’), and spend five days in lockdown, in character, with some conspiracy theorists.

There are many questions. Firstly, how exactly did Sacha Baron Cohen manage to run riot around America in the midst of a global pandemic? And will the character fly again now he’s famous? And perhaps more pressingly, does the world actually need another Borat film?

The film’s detractors might argue the reasonable-sounding case for comedians not targeting minority groups in their jokes, in the interests of fairness. Whether that be men not picking on women, straight people not picking on gay people or Oxbridge educated British comedians like Sacha not pretending to be from smaller developing countries, like, say, Kazakhstan. 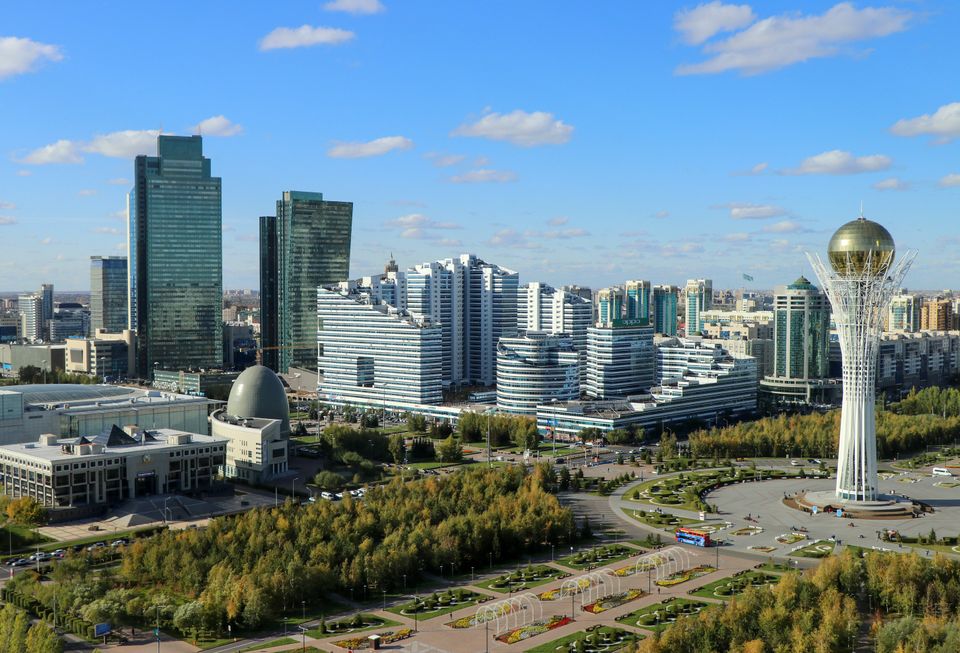 Perhaps the fairest way to judge the appropriateness of reprising Sacha’s bizarre idea of pretending to be, let’s face, a bit of a backwards idiot from Kazakhstan, is to ask the actual Kazakh people.

HuffPost UK approached film-makers in Kazakhstan, as well as Kazazkhs now living in the UK, to hear their thoughts.

If I met Sacha, my first question would be why Kazakhstan?Akan Satayev, president of Kazakhfilm

“If I met Sacha, my first question would be why Kazakhstan?” asks Akan Satayev, president of Kazakhfilm, Kazakhstan’s government-funded cultural organisation. Akan reminds that “Kazakhs have a great and ancient culture,” none of which is distilled into the dishevelled Borat.

He recommends the Legend of Tomiris and The Road to Mother as two recent examples of authentic Kazakh film. “These films completely differ from the imagery of Borat,” he urges. “Language, traditions, history, culture, ethnicity: all of them are totally different.” 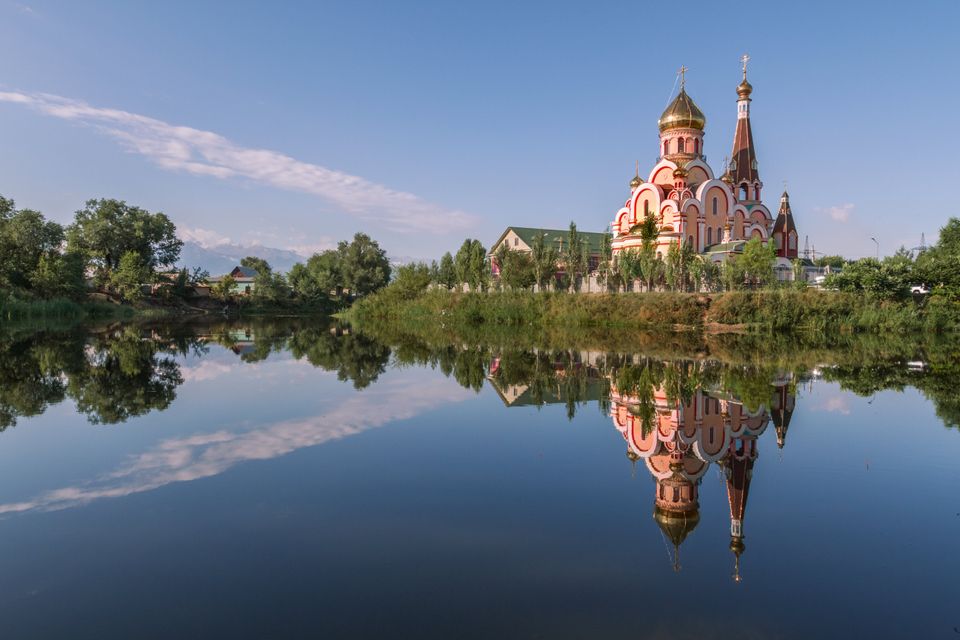 Kazakhs like Akan are left in a confusing place. With unanswered questions about why Sacha chose to mock Kazakhstan in the first place, they also cannot deny the money the film has driven, bolstering the Kazakh economy. Akan confirms foreign tourists increased “considerably” for five years following the initial film, but the film’s critics argue that revenue alone cannot justify the making of a film that feels offensive without proper cause.

“I think you would only understand how someone from Kazakhstan would feel if you were the butt of the joke,” says Duse Kudabayev, a London-residing Kazakh who works in recruitment.

I think you would only understand how someone from Kazakhstan would feel if you were the butt of the joke.

“Most people from Kazakhstan don’t like Borat nor Sacha Baron Cohen,” he continues. “I think Cohen has used Kazakhstan to his advantage, the jokes are crude.”

Bayan Alaguzova (née Mukhitdenova), a prominent female film-maker in Kazakhstan, takes a more pragmatic approach. She believes the film will be valuable for the country and respects Sacha’s filmic style, but asserts that 90% of the film’s Kazazh scene-scapes are completely made up.

“The film is not true,” she says. “It is an absolutely different universe: gypsies, prostitutes etc. Nothing even close to Kazakhstan in real life.” 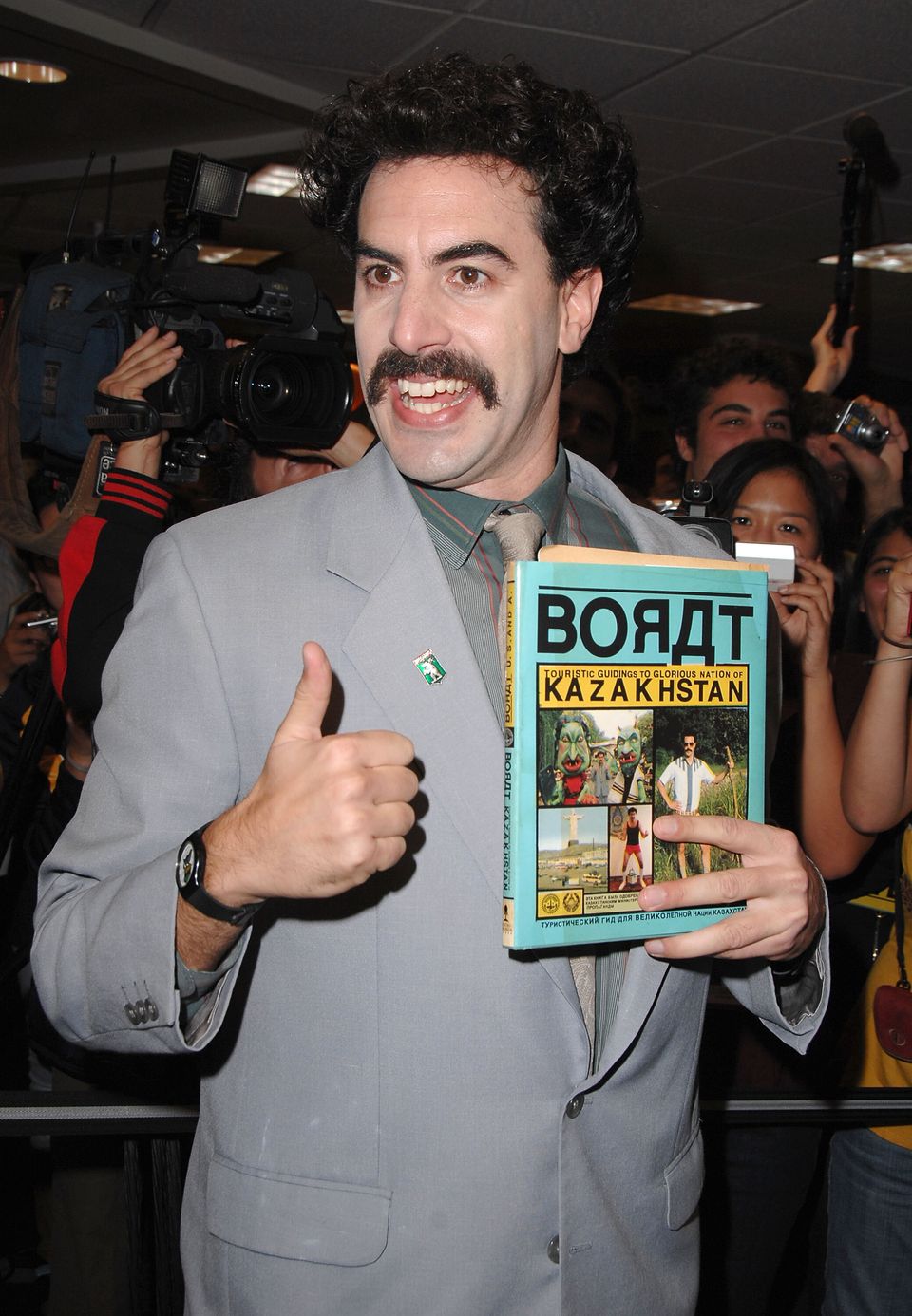 The issue about writers telling their own stories is a polarising one though, and many comedians, film-makers and writers today would still argue that a comedy producing laughs for its intended audience (the film is largely marketed in the UK and US) is a success.

Kaleem Aftab, film Critic and programmer, and a prominent voice on diversity, enjoyed the first movie and is excited for the second, although he acknowledges that Kazakh’s may not feel the same.

“The poster generated excitement for everyone outside of Kazakhstan ( I think),” he tells HuffPost UK. He agrees that sensibilities have changed, “but not to the extent that Borat will cause tremendous offence,” he says, although he imagines the jokes about Kazakhstan will be toned down.

“There are plenty of films that people make about people outside their own culture that people do not complain about at all,” he says. “Also, what is someone’s own culture? There is a lot of drilling that needs to be done. I think if the jokes are funny, and not simply mean-spirited this will not be an issue.”

The trouble, says Bronwen Low, the academic who wrote Borat and the Problem with Parody after the initial film came out in 2007, is that the fictitious character can, and does, feel unkind.

“It is often not clear who we are laughing at and why,” she reflects. “Importantly, key to satire is ‘punching upwards,’ which Borat does, for instance, in exposing jingoistic, racist, or sexist Americans, but which falls apart in the character of Borat himself, the ‘backwards’ Kazakh. I suspect that choice and portrayal will seem even more random and mean-spirited in 2020.”

Bronwen refers back to the earlier point about comedy being at its strongest when it derives from lived experiences. “I would be much more interested in seeing the film if the targets of satire weren’t southern US conservatives, people attending rodeos, Pentacostal Christians at a camp meeting, frat boys—but instead were members of the urban, elite university-educated, cultural class to which SBC belongs,” she argues.

“I don’t like prescriptivism in art, but it does seem that many of the most interesting and compelling voices in comedy are telling their own stories, and probably always have.”

Regardless of the gradient of political insensitivity, the film’s trailer has already been received warmly by fans on social media. It’s hard to deny Sacha’s talent for comedy; great at eliciting the right responses from Americans which feed into his narrative, he is also defiantly great at physical comedy. Love or hate the character, the naked wrestling scene in the first movie has gone down in cinematic history. 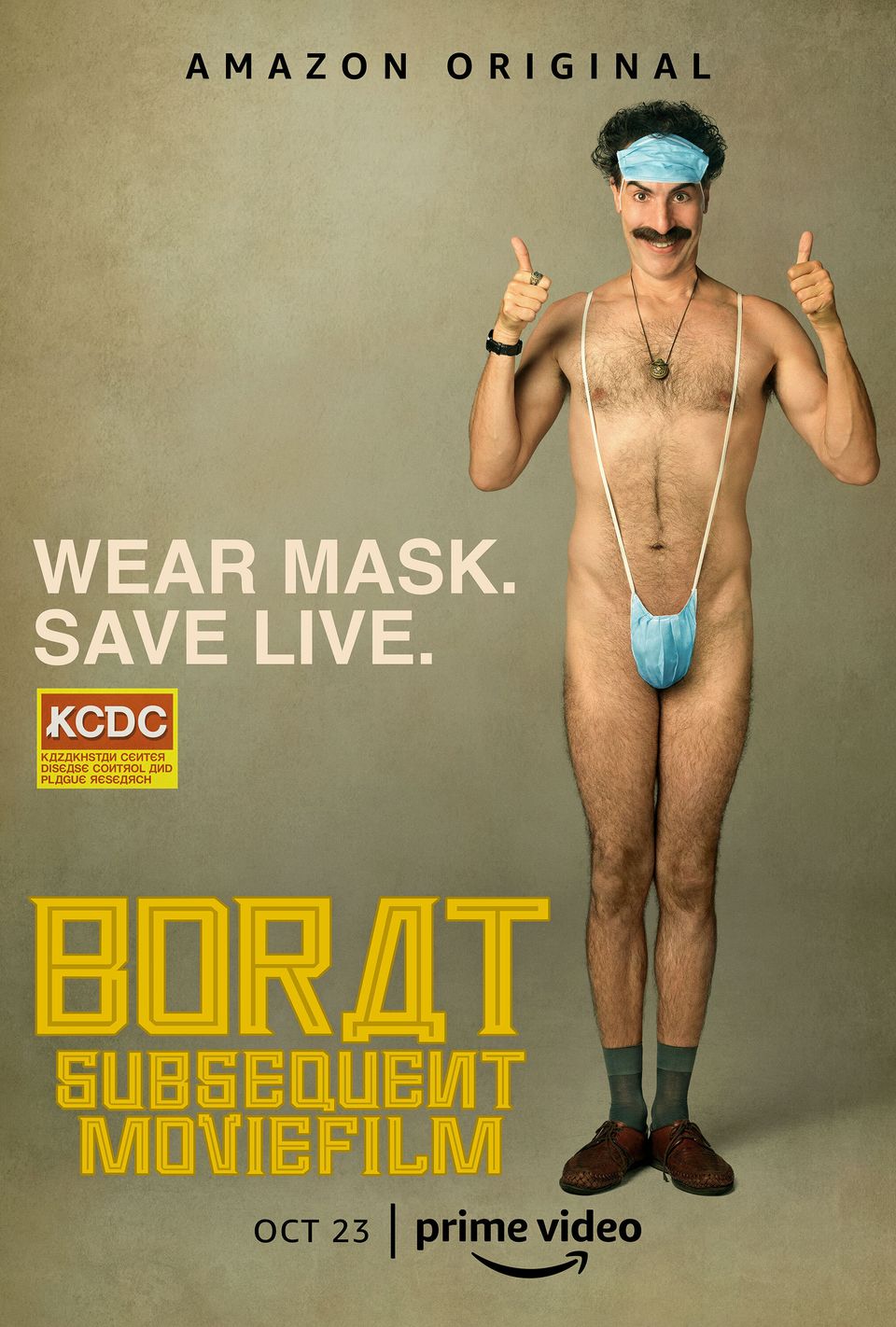 “Those jokes will fly,” says Kaleem. “I remember slapping my thigh in the cinema during the wrestling scene. The announcement that there will be a new Borat, and that we shall be able to see it, was so welcome with all the news of cinemas going dark.”

Perhaps, with the second wave of lockdown and predictions that more of us are suffering with mental health ailments due to the virus, Borat will have come at the right time. Perhaps we crave silliness as an escape now more so than ever. “2020 has been an annus horribilis like no other, so we can all do with some slapping our thighs on the sofa,” believes Kaleem.

The Kazakhs don’t seem to agree. The hashtag #WhereBoratLives has appeared on Twitter and Instagram, leading to thousands of posts of stunning nature and vibrant city centres.

“Y’all were not ready for this video,” posts one user, before sharing a ‘what people think of Kazakhstan’ and ‘what Kazakhstan really looks like’ with the additional hashtag #CancelBorat2.

I am not an expert on comedy, but it seems that it is much less of a White boy’s club, with a much more diverse range of artists and perspectives gaining attention and shaping the fieldBronwen Low, author of Borat and the Problem with Parody

Ironically, the dawn of social media culture which propelled Borat in 2006 is becoming Sacha’s biggest force to reckon with. Not only can more ordinary people publicly air their thoughts over the film, but more broadly, social media has democratised the sphere of comedy: it has celebrated minority voices and given every person a platform. And not only to make comedy, but to criticise the pervasiveness of comedy made largely by privileged men at the cost of others.

“Social media has now transformed the comedy landscape,” argues Bronwen. “I am not an expert on comedy, but it seems that it is much less of a White boy’s club, with a much more diverse range of artists and perspectives gaining attention and shaping the field.”

Of course, Sacha Baron Cohen is Jewish, which goes some way to justifying the framing of the character and the various jokes about Jews from the original movie, but angry Kazakhs, including the thousands on Instagram, clearly feel incensed.

Many of them are wondering how much longer the privileged can continue to punch down, and not up, when it comes to writing new jokes.

HuffPost UK approached Amazon, who distribute the new Borat film, for comment, but they did not respond to our request. 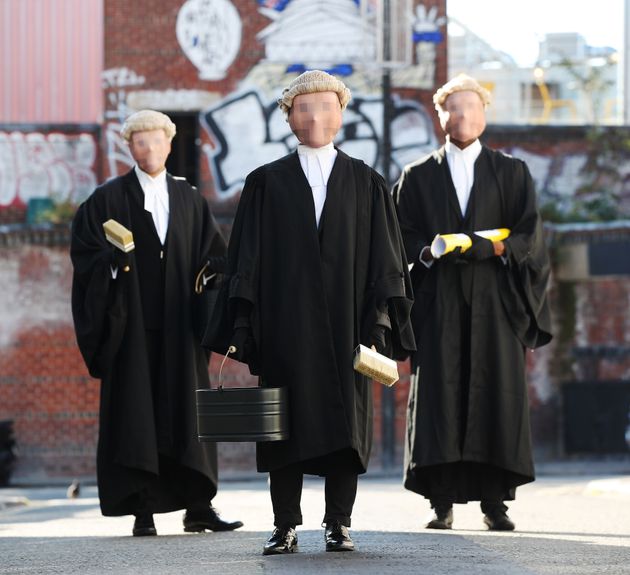 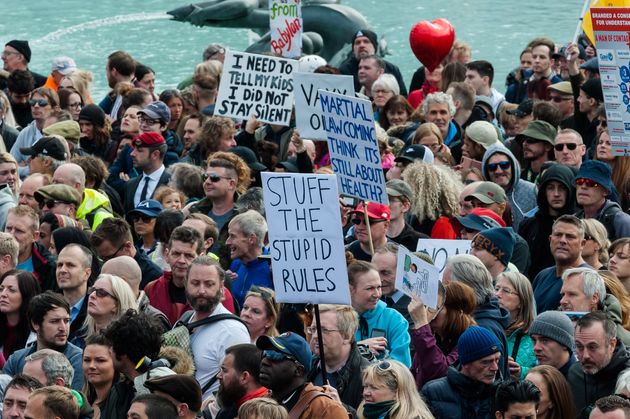