Diversity stars Jordan Banjo and Perri Kiely have spoken out after the dance troupe’s powerful performance on Britain’s Got Talent led to them being the targets of online abuse.

Over the weekend, the pair and their fellow Diversity dancers performed a routine inspired by Black Lives Matter during the first BGT semi-final, including moments echoing the killing of George Floyd and the global protests that followed.

Although the performance received widespread praise, it was later reported that media regulator Ofcom had received more than 1000 complaints, a figure which has since more than doubled, according to The Sun.

During Wednesday’s edition of the Kiss Breakfast Show, hosts Jordan and Perri spoke of the overwhelming positive response they received following the performance, but revealed they had also been “bombarded with.. horrible stuff about us”. 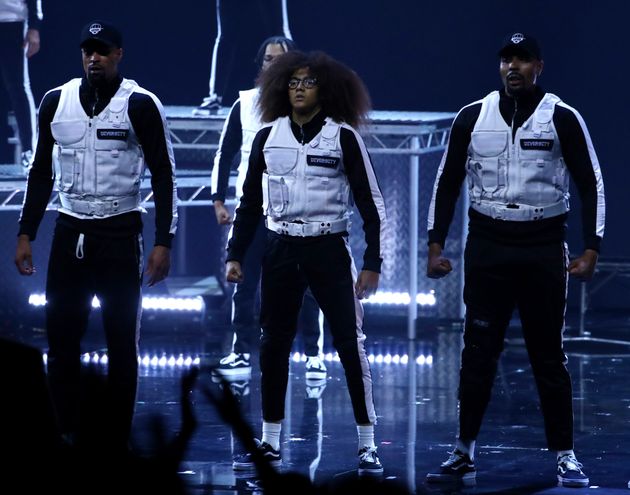 Perri said: “On Saturday we performed with Diversity on Britain’s Got Talent. Our performance covered the events of this year and the appalling messages that need to be spoken about.

“It’s something close to our hearts. We’ve never ever had a response like this.”

Jordan then continued: “Of course you get some critiques but normally it’s focused on the dance. But this one was different, it was really important, it was special to us.

Becoming audibly emotional, Jordan added: “I feel really anxious and worried saying something like Black lives matter when that’s all we want, man. Love and positivity.

“No one is saying only Black lives matter, as a son and as a dad, I look at Perri and I just… it’s all positivity and love. Let’s keep it moving.”

Earlier in the week, troupe leader – and Jordan’s brother – Ashley Banjo addressed the complaints on Instagram, writing: “I’m so grateful and overwhelmed by all of the love and support but also by the amount of conversation this performance has thrown up.

Since then, he shared a second post, featuring a screenshot of a comment aimed at himself, boxer Anthony Joshua and Formula 1 driver Lewis Hamilton, urging them not to “say anything about racism”.

Ashley wrote: “For the people sending this:1. You do not represent or speak for the Great British public. 2. Silence was never and will never be an option.”

He added: “Change is inevitable… Get used to it.”