Des O’Connor’s daughter Kristina has shared an emotional tribute to her late father, following his death at the age of 88.

The TV legend died in hospital on Saturday, following a fall at his home in Buckinghamshire a week earlier.

On Tuesday, his musician daughter Kristina – who performs under the stage name Tarantina – paid her respects to her dad on Twitter, sharing their poignant final moments together with her followers.

“It is impossible for me to adequately explain how heartbroken I am, but I wanted to say something about the passing of my dad,” she wrote. “I feel very grateful that we were able to spend some of his last moments together (Covid-safely), just the two of us, and to say what we needed to say to one another. 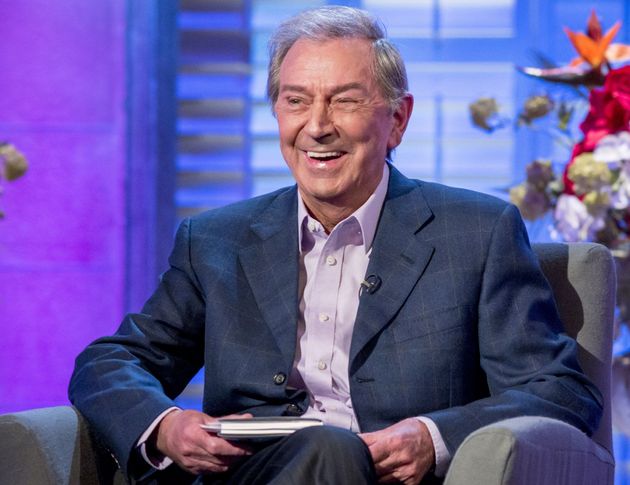 Kristina continued: “I told him about the deep feeling of pride in my belly whenever somebody points out how similar we are, both as performers and as people. He told me that I was going to make him cry if I carried on talking like that (as he dabbed at his eye). The other things we said were just for us.”

“It wasn’t always easy to share my dad with the rest of the world. Sometimes I just wanted him all to myself. But after witnessing such an overwhelming outpouring of love and warmth in tributes, being able to share him now feels, itself, like one more gift.

“There is so much more that I want to say, but maybe I can’t find the words. But thank you all for sharing your thoughts, your condolences and your favourite moments from his career.

“I’m discovering old clips and photos that I’ve never seen before and it brings me comfort. Even now, the saddest I have ever felt, Daddy can still make me laugh.”

Des’ former daytime co-host Melanie Sykes shared her own tribute over the weekend, saying: “When he chose me to be his co host on the ‘Today’ daytime show it was one the greatest days of my professional life. It was an education and a privilege to work with him for the years that followed.

“We worked long hours but always laughed lots, not least because when it it was showtime he would always tell me I looked like robbers dog! These years I will never forget and nor will I forget him. Darling Des you will be forever missed.”

Over the years, he hosted multiple similar shows for both the BBC and ITV, as well as gameshows like Take Your Pick and Countdown.

He was also a successful recording artist, releasing 36 albums in his lifetime.