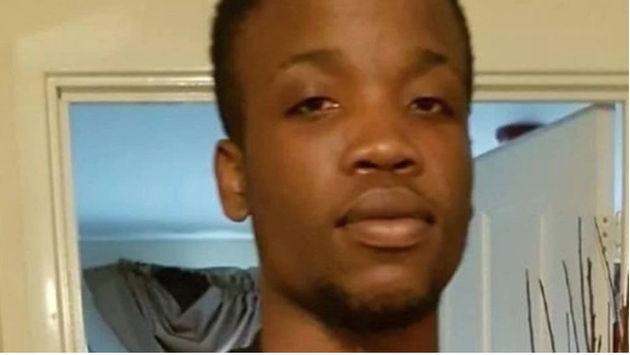 This Black History Month, across my newsfeed I’ve seen government ministers issuing statements about how much they value Black Britons.

The problem is, I find it hard to believe, when I know at the same time they are working to deport a vulnerable Black autistic man to a country he doesn’t know and isn’t safe in.

Osime Brown is a 21-year-old who is autistic and has learning difficulties. He was convicted after seeing friends steal a phone, under the controversial Joint Enterprise Law, despite witnesses saying he tried to stop his friends from committing the crime.

Now, after serving a prison sentence, Osime is facing further punishment of deportation to Jamaica, a country he has not been to since the age of four.

Osime’s mum, Joan, says that with no support network there her son’s life is at risk if the deportation takes place. With little idea of what’s happening, one heartbreaking question Osime asked his mum was: “Which bus would I have to catch back from Jamaica to visit your home in Dudley?”

Aa Black autistic person myself, with autistic children, his situation feels close to home. One of my children is the same age as Osime, and I can imagine too clearly how horrifying it would be to go through that situation, as both a mother and as an autistic person.

I can also see how Osime’s case speaks to systemic issues too. I run an autistic-led organisation called Autistic Inclusive Meets. We have always campaigned for inclusion, and protested against the abuse of autistic people. So, I’ve seen time and time again how our government systems fail both Black and autistic people – and Osime’s case is the unfortunate culmination of this.

Osime wasn’t diagnosed with autism until he was 16. Overall, that is late for a diagnosis, but it is not uncommon for Black boys. Black people statistically struggle to gain access to assessments let alone diagnosis. Instead of getting the academic and social support he needed then, Osime, like many of us, was wrongly seen by his teachers as troublesome, stubborn and stand offish.  Covering his ears due to sensory overwhelm was seen as rudeness. Meltdowns due to sheer frustration at not being able to communicate his needs was seen as bad behaviour.

Osime’s case is one that should never have come to be.

As a teenager he then fell in with the “wrong crowd”, who would ultimately steal the phone that led to his conviction. It’s something that many autistic people are vulnerable to; we can often be susceptible to peer pressure and suffer from low self confidence that can lead to falling into groups like this.

In the last six months I have been working with Osime’s family to stop his deportation from taking place. 132,730 people have now put their names to our Change.org petition, we’ve held two protests outside the Home Office, appeared on national TV, and won the support of MPs like Nadia Whittome and John McDonnell, along with Neurodivergent Labour.

Now there looks like there could be a glimmer of hope. After previously being told that once released from Prison Osime would be sent to a detention centre, the Home Office has back-tracked on the ruling and let him return home into his mother’s care whilst he awaits his deportation.

Speaking with his mother, she told me Osime is in a state of exhaustion and feels dizzy going up and down the stairs. She speaks fondly that he’s enjoying her home cooking; fried dumplings and ackee is a favourite meal he has long been without. She’s happy to watch him sleep, yet still goes to bed crying as she knows he may still be ripped from his home and placed on a plane unaccompanied to Jamaica any day.

While his removal is still imminent I have to hope that if we keep speaking out, we can and will get the government to listen.

Osime’s case is one that should never have come to be. As a society we need to unlearn our biases, and develop better ways to support Black and neurodivergent people. What people like Osime need is community support, not criminalisation and deportation.

This month, I need the government to know that if they want to show they value Black Lives they need to do more than a social media post, they need to start supporting and protecting the lives of Black people like Osime.