Brian Facer, who is a British Cycling member and rides with Daventry CC, will join from London Irish and take up the role early in the new year as the replacement for Julie Harrington, who leaves in January 2021.

Brian will arrive at British Cycling with a strong track record of commercial success throughout his career. As CEO of London Irish, he first steered the club through the challenges of relegation, then put the foundations in place for longer-term, sustainable success both on and off the field.

This has included finalising a move back into London to the new Brentford Community Stadium after 20 years in Reading, signing internationally renowned coaches and players, and establishing a staffing framework which has been able to successfully adapt and overcome the challenges posed by the coronavirus pandemic.

Prior to joining London Irish, Brian was commercial director at Northampton Saints, where as part of the senior executive team he helped deliver the most successful decade in the club’s history, both commercially and on the field.

Brian has non-executive director experience across a number of national organisations, and is a keen cyclist himself, including participating in a number of significant mass-participation events such as L’Etape du Tour.

“I am delighted to conclude the search for a new Chief Executive Officer for British Cycling with the appointment of Brian.

“When I announced Julie’s departure in July, I described the job as one of the best in British sport and that was reflected in the calibre of applicants. However, Brian was the clear choice in what was a competitive field of candidates. I look forward to him bringing the commercial expertise he has developed in his career to ensure that our federation can sustainably provide the best support for our sport, for our members and for anyone who wants to get on a bike.

“Brian is a British Cycling member and a passionate cyclist, and he understands the needs of the cycling community who are the core of the organisation. What also impressed us was his knowledge of British Cycling, and his commitment to investing in all of our staff and volunteers, so that they can achieve their own potential and make the federation as a whole even stronger.

“We have moved quickly to find Julie’s replacement and I would like to thank colleagues at Scottish Cycling, Welsh Cycling, UK Sport and Sport England for their support throughout the recruitment process.

“It has been a tough year for sport but at British Cycling we are proud of the resilience and commitment that has brought us through it. I know Brian is relishing the challenge of leading the organisation as we look to a new year – including the Tokyo Olympics and Paralympics, the way forward for our sport out of the Covid-19 crisis and the opportunities presented by a country which has seen a massive increase in the numbers of people who have been getting on their bikes.”

“I’m delighted to be joining British Cycling as the organisation’s new Chief Executive. It is an exciting time for the whole cycling community across the country, where we are going into the postponed Olympic and Paralympic year, have had another British rider become a Grand Tour champion, and have seen the number of recreational cyclists increase dramatically during the last six months.

“I’ve been a very keen cyclist all of my life, ranging from bike rides with my family all the way through to mountain biking across the Alps and completing a number of Etapes du Tour, including Col du Tourmalet and Alpe d’Huez, so being offered the position of CEO of British Cycling is a dream come true.

“There are strong foundations throughout the organisation, from the volunteers who run clubs and events up and down the country all the way up to the world-class practitioners who support the athletes who bring home medals from the world championships, Olympics and Paralympics, and I will be working my hardest to take British Cycling onwards and upwards into the next few years.”

Rugby And Daventry RADio believe in reporting the news with integrity, impartiality and honesty. We do not partake in fake or sensationalist news pieces, however we are all volunteers in a busy world, if you see a mistake let us know!

This Scottish Village’s Christmas Lights Are The Absolute Cutest 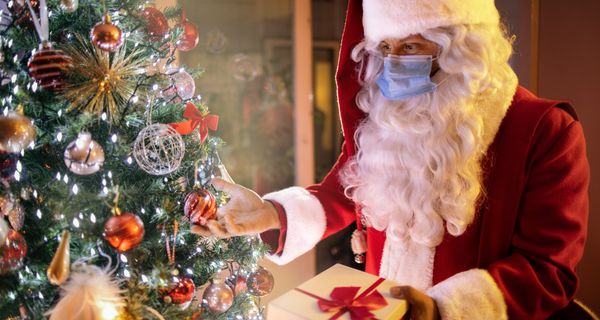